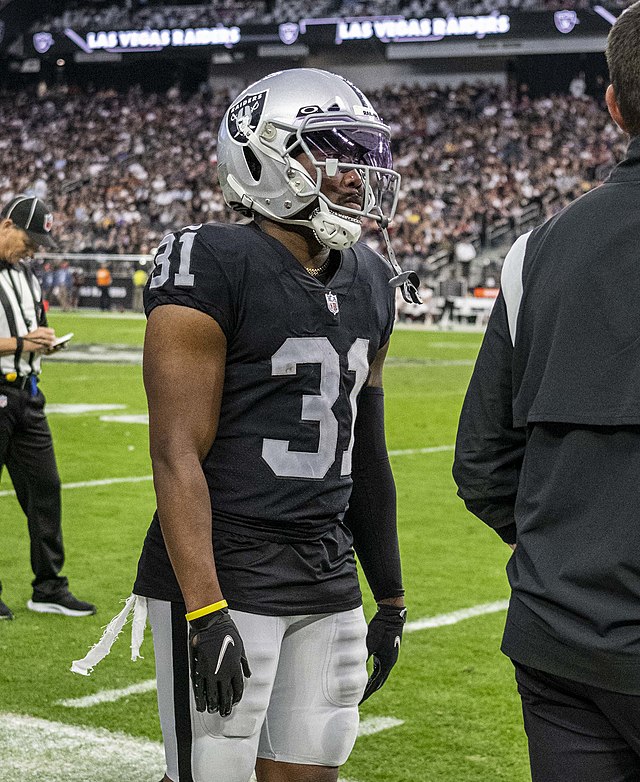 Who is the most overrated player on the Raiders?

The Las Vegas Raiders may have had an impressive overhaul of talent this off-season. Yet, they still need to squeeze as much talent out of their roster if they want to edge out other juggernaut AFC West rosters for the division title. With that said, I’m going to untwine a few underperforming players that need to turn the corner and help LV in 2022.

It would be impossible to leave Clelin Ferrell off this list, as he’s clearly been an enormous NFL bust (fourth overall pick in the 2019 draft). Ferrell has registered 8 sacks in his entire career thus far. His lack of production has led to the Raiders recently swinging for the fences and bringing in Chandler Jones. Bleacher Report has recently projected Ferrell to breakout (and they also projected him to be a trade candidate). If he doesn’t get traded, he may finally translate his athletic ability into production soon.

Randy Gregory, who holds a similar skillset as Ferrell, was a bit of a late bloomer. Gregory recently inked a hefty contract with the Broncos.

The Raiders big-hitter at safety Johnathan Abram had an unfortunate season-ending injury in late December last season. He had a roller-coaster season that was still an improvement from his putrid 2020 season (aka when PFF graded him as the worst safety in pass coverage). He certainly hasn’t solidified himself as a long-term starter in the Raiders pass defense. The Raiders also have a question mark at CB, so it’s important that Abrams can be a stud for their secondary in his contract year.

I believe that Keyan Drake is slightly overrated, as he unleashed 545 total yards (which was a drop-off from his 1,092 all-purpose yds in 2020). He wasn’t exactly a dynamite RB behind a bell-cow Josh Jacobs. Nonetheless, I do believe that Drake (who has one year left with LV) should be more efficient and productive in Josh McDaniel’s offensive attack.