What is the dynasty outlook for Keenan Allen? 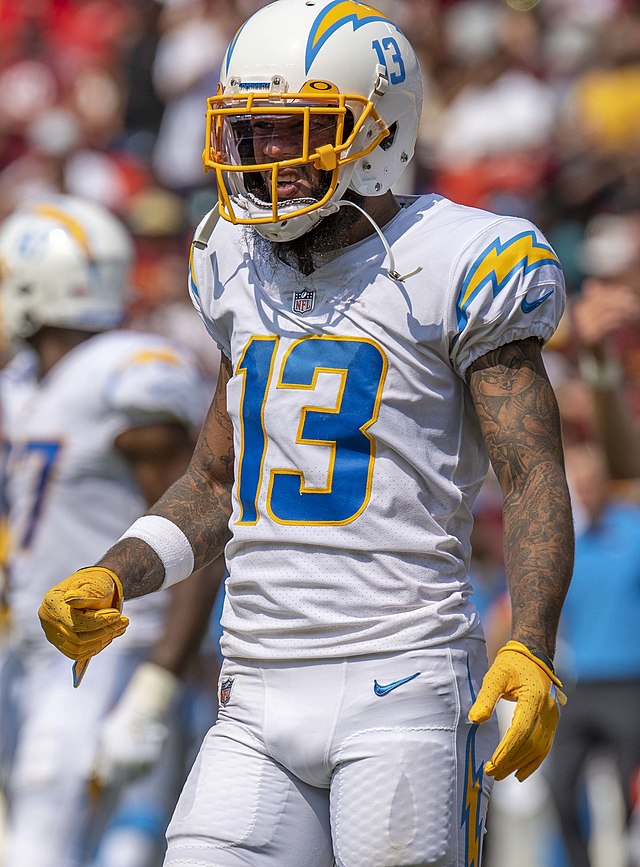 The elite Chargers WR Keenan Allen recorded his fifth 1,000+ yd season in 2021. Allen had a career-high 106 receptions last season and 157 targets (second-best in career). The Chargers WR1 is still under contract with the Chargers until the 2025 season. I expect Allen recently turned 30-year-old to be playing at a high level for at least a couple of more seasons. It certainly helps that his QB Justin Herbert threw for 5,000+ passing yds last season.

Allen will be the reliable, “death by a thousand cuts” WR in the Chargers offense. Mike Williams is an explosive WR, but the Chargers younger WR can’t steal Allen’s consistent level of play. Williams did have a career-high 129 targets and he should be a Tee Higgins-like WR2, but Allen can wear down opposing CB1s and run every route in the playbook.

Allen has averaged roughly 150 targets per season in his last five-year span and I more than expected him to be a star WR in 2022, but the question is: how long will be a true top-notch WR? I expect the work-horse with a very young, throw-it-around the-yard QB to allow Allen to be successful until his contract expires in 2024. Per Turf Show Times, AJ Green and Adam Thielen were the best WRs over 30 last season and they weren’t exactly sexy in production. Although, Hines Ward, Reggie Wayne, Donald Driver, Chad Johnson, and Randy Moss were able to be 1,000+ yard receivers over the age of 30. I expect the combination of Allen’s recent, well-churned production and his gifted QB to push him to eclipse 1,000+ yards and 130+ targets in each of the next couple of seasons.

If you are aiming for a championship, it simply would be wise to throw the last hope shot at Allen for his outlook in 2022 and 2023. At this point, I am definitely buying Allen. I believe he is a bit underrated amid a WR ranking that holds a few questionable faces and I feel confident in the Herbert-Allen duo lighting up scoreboards in the near future.