Why Jared Goff could be the long term answer at QB 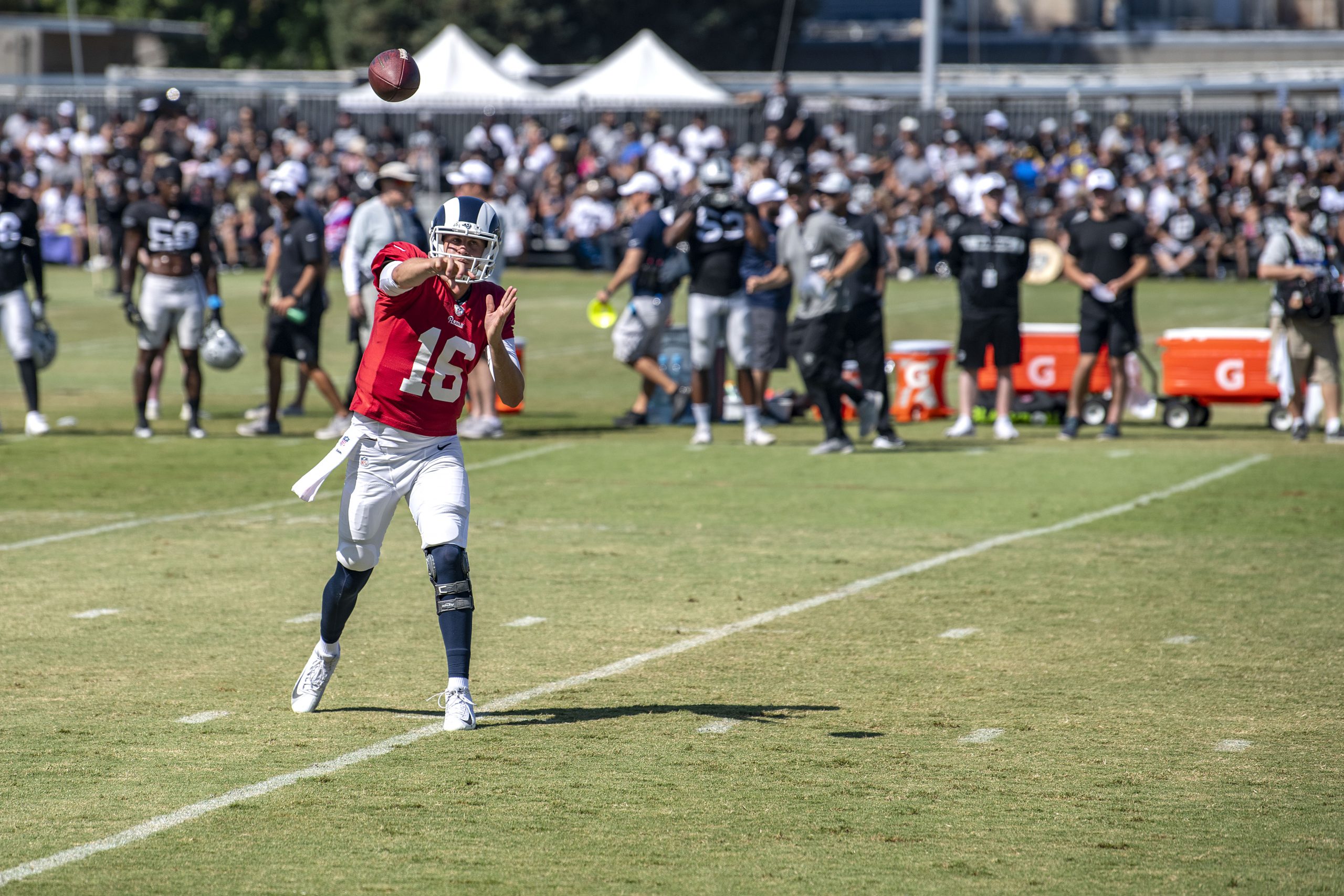 As most NFL fans know by now, the Lions traded away their franchise QB in Matthew Stafford for draft picks, as well as Jared Goff.  Many fans seem to be overlooking the potential impact Goff may have with this team, and just writing him off as a bargaining chip to get the deal done.  However, this may not be the case for a few reasons.

In this article I will be going over my three reasons as to why Jared could potentially be a long-term option for the Lions, as well as why he would fit in with Detroit overall.

One of the biggest things that has been ignored this offseason is the Lions’ signing of former Los Angeles Chargers head coach Anthony Lynn.  The Chargers performed solidly under Lynn in his four seasons there, however primarily on the offensive side of the ball.  This is likely the reason he has been put into the OC role for Detroit, as it is his forte.

As a two-time Super Bowl champion as a part of coaching staffs (XXXII & XXXIII) his knowledge of the game is something that will hugely help the Lions.  How does this play into Jared Goff, however?  It allows him to learn from one of the better offensive minds out there for one, but he also gets to learn about some of the processes Phillip Rivers did in LA, and potentially learn how to air the ball out more.  This will also make the transition from the play-action heavy Rams to the likely more smashmouth type Lions (with new HC Dan Campbell) much easier.

The Lions have heavily relied upon their QBs in the past, true.  However with their new sophomore running back D’Andre Swift being an absolute monster, their reliance upon the passing game can be minimal for a while.  They also have quite the lack of receivers outside Quintez Cephus (relatively unproven), Amon-Ra St. Brown (completely unproven at the NFL level), and tight end T.J. Hockenson who can be inconsistent at times.

This lack of receivers would make his job harder in most scenarios, but in this case it may make it easier as the defense will heavily focus on Hockenson and Swift to the point where receivers can get open.  Cephus could be very good, we just do not know yet, and Amon-Ra was a very productive college receiver so he could definitely help the system as well.

Leading into this season, Jared has improved every single season both team wise and stats wise across the board.  He went from the 2016 rookie stats of:

Does his 2020 statline look perfect?  No.  However at only 27 years old entering the 2021 season, his improvement every year has been exceptionally noticeable.  His interceptions no longer outweigh his touchdowns, his yards have increased dramatically from his rookie year, and he is able to complete the highest rate of passes in his career as of last year.  Also, only in one season (his rookie season) has he ever gone under .500 as a starter.  In fact, excluding that season he is 42-20-0 as a starter, which is exceptionally good.