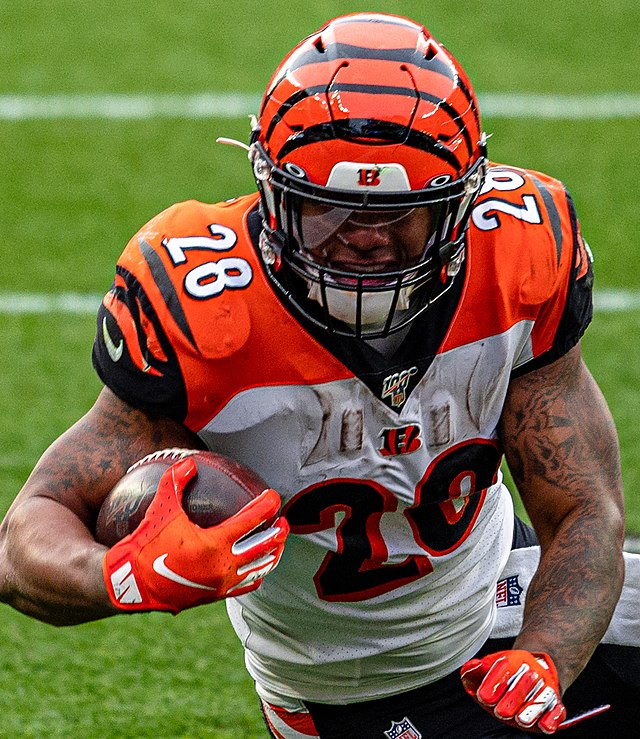 The Cincinnati Bengals running back Joe Mixon threw a touchdown in Super Bowl LVI and ousted multiple career stats last season: 1,205 yards and 13 touchdowns. Mixon has also been phenomenal in three out of his past four seasons:

*stats are from Pro Football Reference

The Bengals added more beef upfront for Mixon this offseason. La’el Collins was brought over from Dallas, the stout guard Alex Cappa was inked, and C Ted Karras was signed in free agency. Zac Taylor is clearly fired up with his new bodyguards on the OL front.

Mixon wasn’t only productive, but he also had career-high rushing attempts in 2021 (292). I expect the RB with little injury issues (14+ games in four out of his five seasons) to be heavily leaned on next season. The Bengals definitely don’t have a 1B running back and they honestly don’t have an impressive pure downhill RB2.

Mixon is currently the seventh-ranked dynasty RB (PPR) in Fantasy Pros. I would really be looking at buying Mixon right now. Mixon and Chubb both appear to be running incredibly well right now, which is a bit contrary to Zeke Elliot. His OL will be noticeably better and I expect him to put up very impressive numbers in 2022 and 2023.