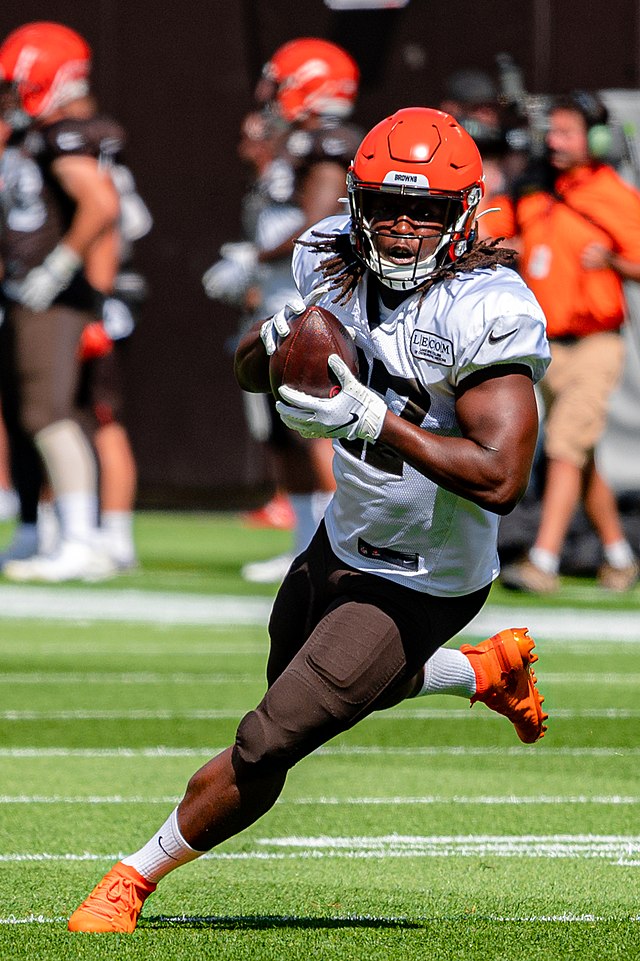 The Cleveland Browns have a special talent in Kareem Hunt. The bowling-ball RB has often been an excellent partner to Nick Chubb and weapon in Kevin Stefanski’s offense. He might be a household name with success as an all-purpose RB, but he is also an aging RB in an offense that should really sling the rock with Deshaun Watson moving forward. With that said, I believe it’s important to untwine the outlook for Hunt. So, let’s begin.

Here is a closer look at how productive Hunt has been over the past two seasons in CLE:

Hunt is under contract with the Browns until the 2022 off-season and then it’s unclear where his next chapter will lie. On the horizon, Hunt should be a modest RB2 in PPR, but I don’t love his up-side on the Browns new-look team next season. Outside of him being the second option at RB for the Browns, I don’t expect the Browns to be a Top 8 team in rushing attempts for the third straight season.

The Texans ranked 31st in passing attempts in 2020 and I expect the Brown to lean on Watson and Amari Cooper to break down opposing defenses. Hunt, who had roughly 3 receptions per contest in 2021, should slightly benefit from the absence of Jarvis Landry and be involved in the Browns creative passing attack. I still wouldn’t feel comfortable that Hunt will be a 700+ yard RB and he shouldn’t be a legit threat in the passing game for the Browns.

Hunt could be a sneaky Top 15 RB in PPR on a new team in 2023 and beyond. He might be 27 before Week 1 next season, but he has less wear on his tires in comparison to fellow RBs from his draft class. I expect him to leave the Browns and return to being a starting RB on a team like Buffalo or Tampa Bay after his Browns tenure. I expect Hunt to have a dip in performance from his 2020 outcome and then I honestly foresee him to be at least a Top-20 RB in PPR in a better situation for 2-3 more seasons after his Browns journey.

Remaining free agent targets for the Patriots
What does Sony Michel bring to the Dolphins?