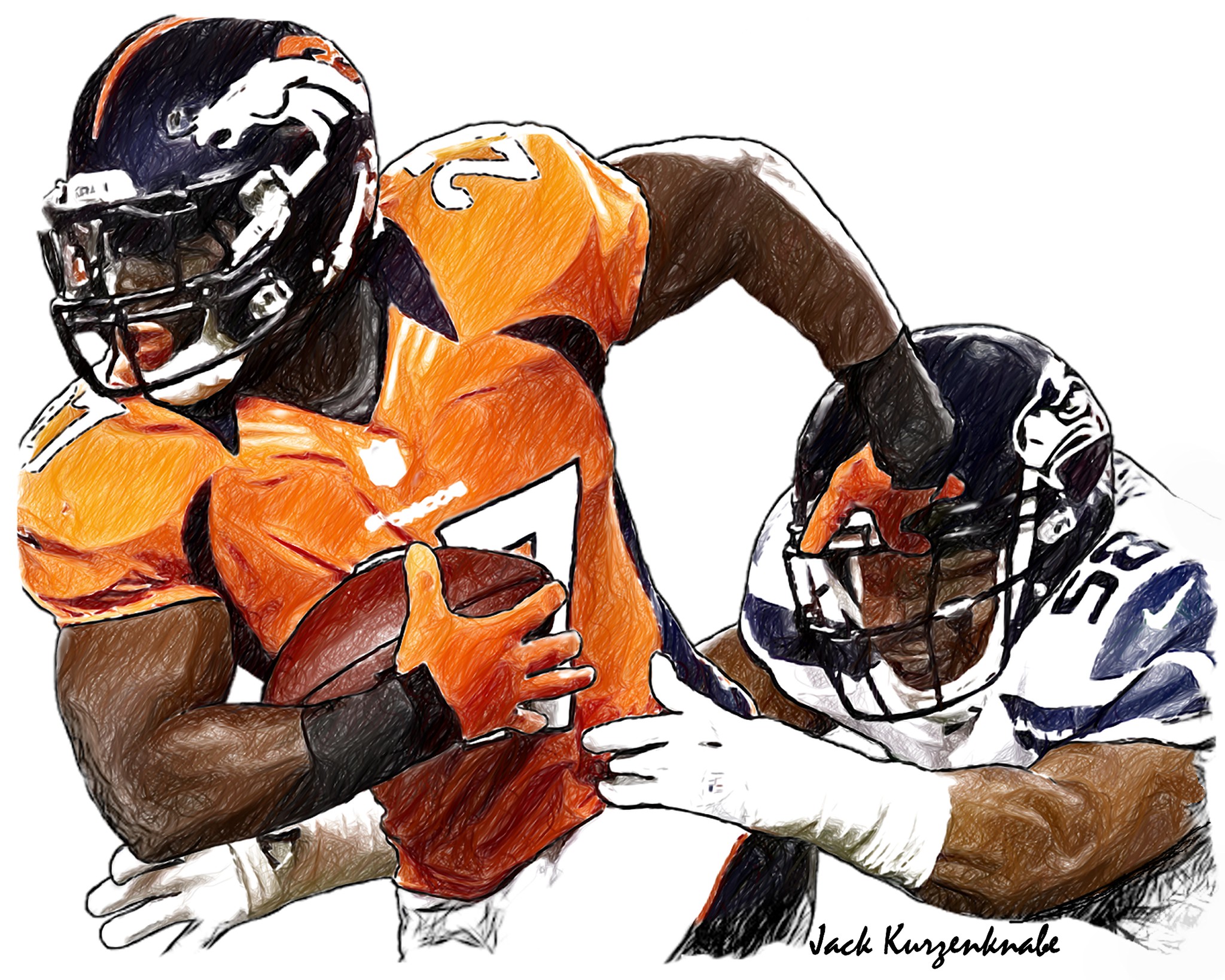 Broncos RB Javonte Williams can be the lead back in Denver

After playing college football at the University of North Carolina at Chapel Hill for three years, running back Javonte Williams entered this year’s NFL Draft. The Denver Broncos needed to fill in a running back spot after letting Phillip Lindsay walk this off-season and Melvin Gordon becoming an unrestricted free agent next year. It came as a surprise when the Broncos picked Javonte Williams early in the second round, but in many eyes, it was a steal in the draft. Pass protection is also something the Broncos need in a running back, and they got it with Williams as well as the overall talent.

Last season at North Carolina, Williams averaged 7.3 yards per carry and rushed for 1140 yards on 157 carries. On top of that, he had 19 touchdowns and 3 receiving touchdowns. After an outstanding year, Williams received the “highest rushing grade ever” given out to a college running back by Pro Football Focus. Built like a linebacker, as he used to be one… Williams is able to run through people to get the ball down the field. Williams was rated one of the most difficult running back to tackle last season. That’s not all, Williams gained over 700 yards after contact last season and forced 75 missed tackles, more than any player in the nation.

Javonte Williams getting overlooked during recruiting was fine with the Broncos office because he was the guy they wanted. This season there’s no doubt he can produce under this young and explosive offense. He was overlooked during the draft process and is again being overlooked for offensive rookie of the year. The top five contenders so far are the five quarterbacks taken in the first round. However, odds have Williams in the top 20 for the award.

Although Javonte Williams will most likely be splitting reps with Melvin Gordon this season, he still has a good chance of winning offensive rookie of the year. Why you ask? With all those amazing numbers he put up last season, he split the workload with his teammate Michael Carter, who had just one less carry than Williams. With his ability to carry the ball down the field, forcing missed tackles, and straight-up running through people, Williams will be unstoppable this next season. After Javonte arrived in Denver he told reporters, “If I see someone in front of me, I want to go through them or make them miss in some sort of way,” Williams said after being drafted.