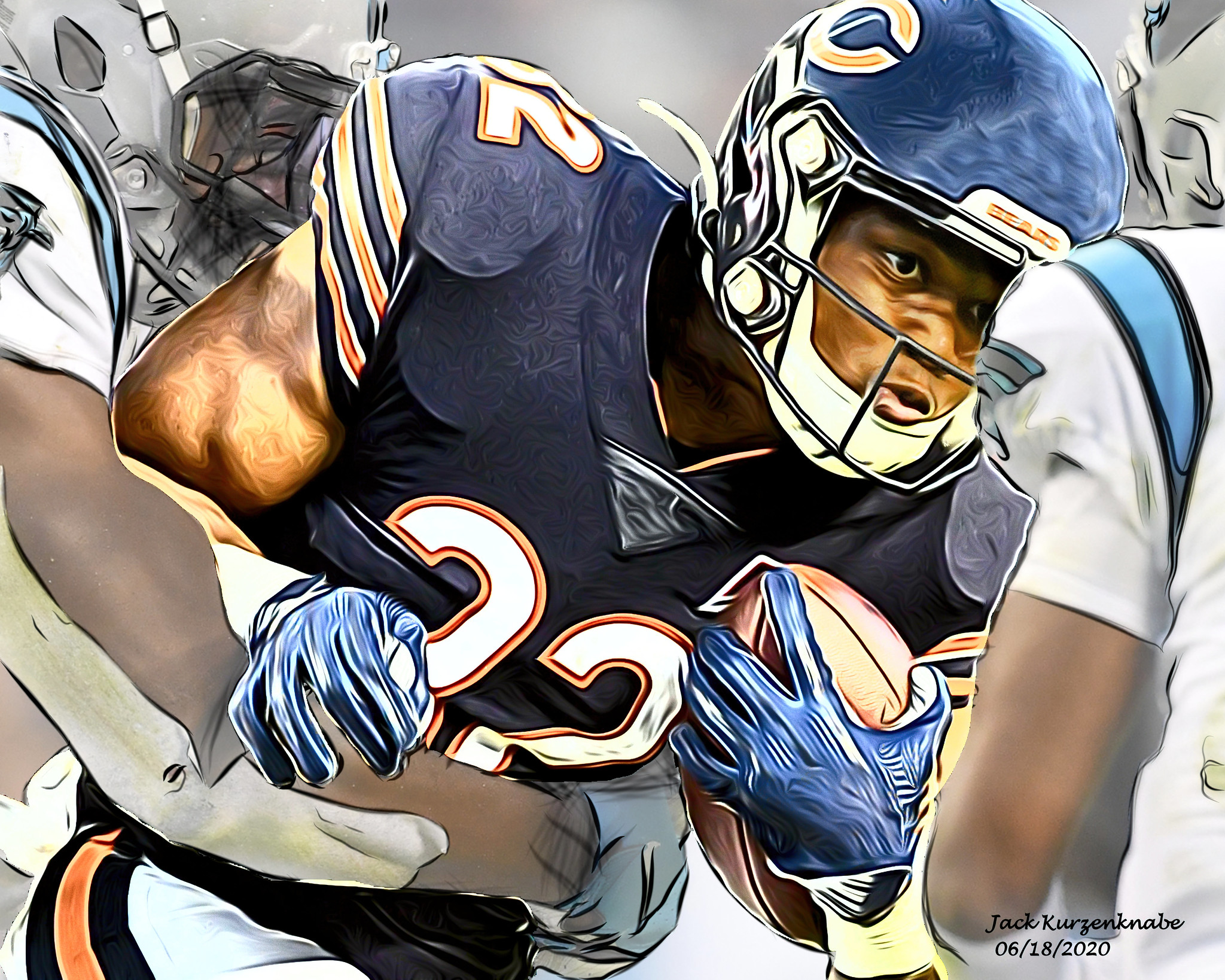 The Chicago Bears clearly have a chaotic offense right now, but they have a star in David Montgomery. The Bears RB has been up and down player over the past three seasons. Most recently, he would have displayed a productive season if healthy for all of 2021. He has accumulated 2,808 yards, 21 touchdowns, and averaged 3.9 YPC in his career thus far. His 2020 campaign was clearly his highlight (1,508 yards total yards and 10 total touchdowns two seasons ago).

Montgomery has also been special in moments (see above) surrounded by a pedestrian OL and QB situation, while RBs like Zeke Elliot has been less impressive or near the same caliber in a more talented situation. Montgomery isn’t getting a lot of love from dynasty managers in this day in age. He’s ranked as the 16th best RB via Fantasy Pros in dynasty. He could be seen as the poor man’s version of Josh Jacobs, which may be a true reflection of his career leading up to this point. Montgomery would have likely unveiled a more impressive season in 2021 if he didn’t suffer a knee sprain in Week 4.

Montgomery has a fine floor, but I also expect him to absolutely have the ability to return to being a star and turn heads in the NFC. I do feel strongly about the Matt Nagy-less play calling helping Montgomery and Fields flourish in a more methodical offense.

The Bears may have little draft ammunition in the upcoming draft, but they still use their early pick to likely pick an OT. Expect CHI to really build around their QB-RB duo in 2022, 2023, and 2024. The three-down RB is confusing at times, but I like him to be slightly better than his FP ranking.