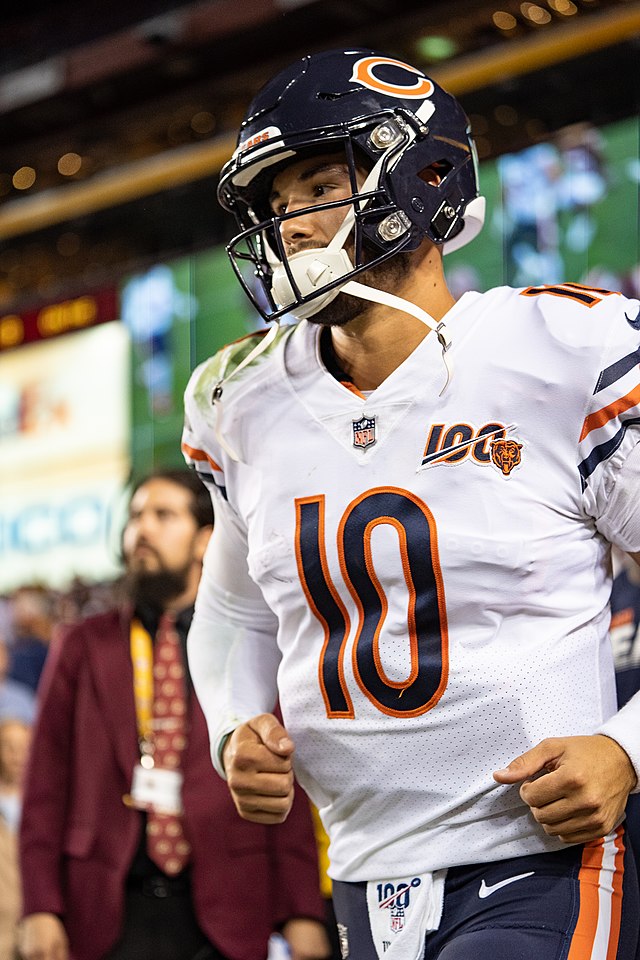 breakout QBs to watch in the upcoming season

The NFL is very entertaining largely because there are special stories of breakout players and surprising game outcomes. In particular, there have been utterly impressive QB introductions to the NFL. Tom Brady clearly has the biggest Cinderella story in the NFL as a sixth-round draft pick from the University of Michigan. The NFL has witnessed many other QB surprises in recent memory like Mac Jones (15th overall), Lamar Jackson (32nd overall), and Patrick Mahomes (10th overall).

With that enunciated, I’m going to outline several quarterbacks that will turn heads and take the next step in 2022. Let’s begin.

I am a big fan of the former Nickelodeon champion Mitchell Trubisky heading into the 2022 season. Trubisky displayed growth with CHI in 2020, as he unveiled a 6-3 record and led his team late in the season to a playoff berth. Unfortunately, the silly mistakes by the young QB amid a “playoff team that needed Pro Bowl QB talent” didn’t allow him to retain a job after the season.

The Pittsburgh Steelers managed to make the playoffs with the 2021 version of Ben Roethlisberger and I believe Trubisky can be more than adequate to lead PIT back to the post-season. The QB that catches a lot of heat for being drafted over Patrick Mahomes will have Najee Harris, Chase Claypool, and Diontae Johnson to help him return to Pro Bowl form in 2022.

Trevor Lawrence is out of Urban Alcatraz Meyer island and he will also have a couple of new toys to help him succeed in 2022. I am not completely bought into the charisma of Lawrence, but he will have better weaponry (a healthy Travis Etienne, Christian Kirk, Evan Engram, Zay Jones) and a more prepared HC in Doug Pederson. The Jags also inked the elite OG/OT Brandon Scherff to help protect the prized QB.

Jameis Winston and Matthew Stafford were both former first overall picks that had personal-best seasons in 2021. It wouldn’t be a surprise if the 2021 first overall pick Lawrence has a monster turnaround in the near future.

The Houston Texans QB Davis Mills had a quality rookie campaign in a brutal situation. Mills is still in a not so sexy situation, but he will have Laremy Tunsil and the underrated Brandin Cooks still in his offense moving forward. The Texans have shown trust in their QB that threw 16 touchdowns and 2,664 yards in 11 games last season.

Mills should also expect help at the WR position via pick 3 or pick 13th in the 2022 NFL draft. The former third-round pick can really rise up with a WR like Chris Olave or Jameson Willaims in his offense.

Daniel Jones is literally the cat with nine lives, as he keeps getting opportunities to prove his value. I don’t love Danny Dimes’s ceiling, but there are lots of reasons to believe he unleashes a career season in 2022. He has the rubber-like WR Kadarius Toney (who missed 7 games last season) and the highly motivated Saquon Barkley to help him be efficient. The elite, 25-year-old RB has stated that he feels like he has a lot to prove, as well.

Most importantly, the Giants are really focused on improving the OL for the Giants QB-RB tandem. They’ve signed Jon Feliciano and Mark Glowinski (both potential starters) and it would be ideal if they draft 1 or 2 stud OL. The former Bills offensive coordinator Brian Daboll should honestly be a massive upgrade at the HC position from Joe “run a lap” Judge, too.

The game manager Jimmy Garoppolo is MIA for OTAs (as expected) and the San Francisco 49ers QB Trey Lance has the golden ticket in the Bay Area. Lance had a 1-1 record, 5 touchdowns, 2 interceptions, and 168 rushing yards in his rookie season. He will likely miss his disgruntled Deebo Samuel, but he will still have a few elite pieces in his o-unit and the genius Kyle Shanahan calling the shots.

Lance will still have 28-year-old George Kittle, third-year WR Brandon Aiyuk, superb RB Elijah Mitchell, and the fearless LT Trent Williams. Lance had the classic apprentice role as a rookie, but expect the “special athlete and in-sync QB” to be a Pro Bowl-caliber QB in 2022.

The Miami Dolphins QB Tua Tagovailoa is really built to succeed at this point in time. Tagovailoa will have an ambitious, smart coach in former Kyle Shanan disciple Mike McDaniels brewing together creative play designs. He will not only have a new weapon in Tyreek Hill to make special plays with the ball after the catch, but he will also have the elite LT Terron Armstead. The former Pro Bowl Saints LT will help a Dolphins OL that allowed the 13th most sacks in 2021.

Tagovailoa has an incredible floor, but he could also pad on his stats with the electric WR duo of Jaylen Waddle and Hill against weak opponents. The AFC East should have at least a few fantastic signal-callers for many years to come.

I believe Justin Fields is the perfect cherry on top of this breakout QB list. Similar to T-Lawrence, Fields will have a more wise HC and he should really hit the ground running with his new leader in Matt Eberflus. The NFL world witnessed Nick Fole’s Field’s magic with his legs (420 rushing yds), but he should finally put it all together in year two. Fields and his RB David Montgomery should benefit from better pass protection via the NFL draft.

The veteran Allen Robison may be gone to LA, but WR Darnell Mooney has really burst onto the scene (1,055 yards in 2021). The TE Cole Kmet is also a diamond in the rough, as he notched 60 receptions for 612 yards at 22 years old in 2021. The presence of the 35 year old TE Jimmy Graham will not be missed with Kmet in the building.