What is Gabriel Davis’s dynasty outlook? 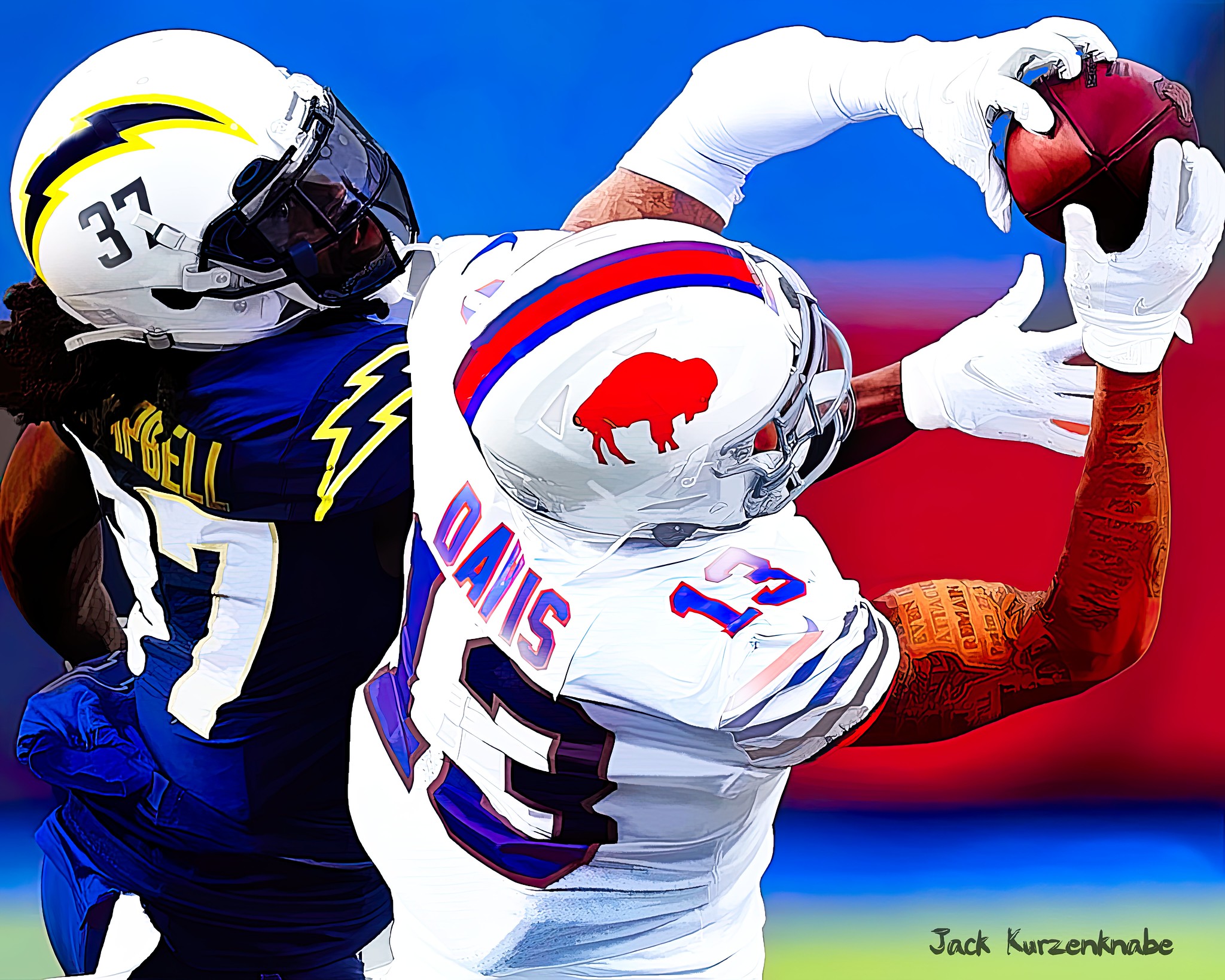 The Buffalo Bills wide receiver Gabriel Davis has slowly climbed the ladder as a Buffalo Bill in each of his past two seasons. Davis notched 35 receptions in 2020 and 35 receptions in 2021. The explosion with the 23-year-old WR notably arrived in the recent playoff gauntlet. Davis unleashed four touchdowns in the divisional round contest against the KC Chiefs, as he was the first WR in NFL history to catch four touchdowns in a playoff contest.

Davis wasn’t really a fluky “Matt Flynn-like character” with his performance, as his last quarter of 2021 revealed a weapon getting more involved in the Bills offense. He averaged 8 targets over his last four regular-season games. His rate of targets late in the 2021 season was double his near 4 targets per game. It would seem obvious that the Bills were nicely brewing more play design with his unique ability.

I expect Davis to be very involved in his offense that will miss Cole Beasley AND Emmanual Sanders. Beasley and Sanders combined for 124 receptions last season, so Davis should nicely replace a lot of production missed by his two former veteran teammates.

I feel comfortable with the floor of Davis, but he could really lift off in the Josh Allen-led offense. Beasley ousted 82 receptions and 967 yards in 2020 and that could be a realistic stat-line for Davis next season. He’s currently pegged as an ascending WR2 in the Bills offense across from Stefon Diggs. He should be a serious play-maker in his third year with a floor of 700+ yards and 100+ targets, while he might just be the next Chris Godwin and the be the next surprise, elite WR. If you are a believer in Allen, it’s time to expect a consistent, future star in Davis.

Why Jameis Winston is really underrated
Steelers QB outlook: what does Kenny Pickett bring to the Steelers?