Why Jameis Winston is really underrated 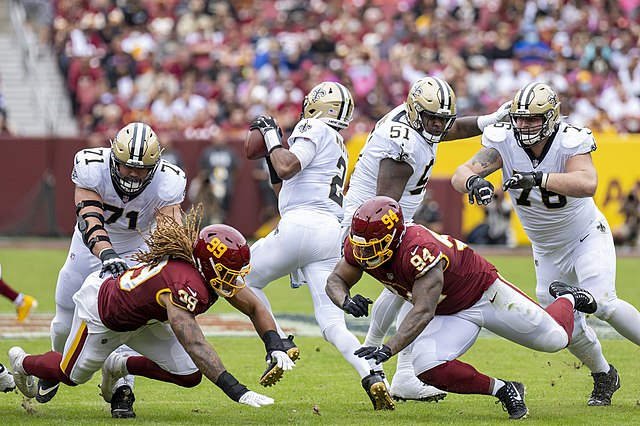 The New Orleans Saints quarterback Jameis Winston proved to be one of the league’s most indispensable players in 2021. The former first overall pick started 5-2 for Who Dat Nation last season and then suffered a brutal season-ending injury against his ex-squad on Halloween. After the Saints captain went down, the ship sadly went down last season. The Saints finished in heartbreaking fashion with a 4-7 record after Winston’s ACL injury

Outside of the Saints embarrassing short-handed loss against the Panthers, the Saints lost a tough matchup against the NY Giants in overtime. It’s clear that “a win is a win”, but the Giants barely escaped with a victory against the Michael Thomas-less Saints in the “stone age of over-time rules”.

It should be well-enunciated that Winston wasn’t only a proven winner and an occasional play-maker with a dreadful supporting cast last season, but he will definitely have reinforcements in 2022. The return of Michael Thomas can’t be understated. A slightly injured MT managed to be efficient with Taysom Hill in a three out of four-game span (excluding the Broncos QB-less fiasco):

vs the Falcons: 9 receptions for 104 yds

vs the Falcons: 9 receptions for 105 yds

vs the Eagles: 8 receptions for 84 yds

The talented and hungry Thomas should be at least a quality WR next season. The combination of Thomas being a bit unpopular and the arrival of Chris Olave shouldn’t dismiss that the 2019 OPOY could still be a Top 10 WR in the familiar Pete Carmichael offense.

Winston and the rest of the die-hard fans in the Big Easy are happy to have Thomas back, but he will truly have a special WR2 in Chris Olave. The other former OSU WR has the perfect combination of speed (4.39) and route-running ability. He can be perfect for Winston’s arm strength on play-action and he can be effective with screens from the slot. He has often been compared to former Saints WR Brandin Cooks, so that should bring excitement to Saints fans.

The humble and gifted Saints QB will be ready to dazzle the weak NFC South pass defenses and the rest of his opponents with Thomas, Olave, Alvin Kamara, and Deonte Harris. Expect the QB in the shadow of even the AFC QBs not named Patrick Mahomes (for ex: Josh Allen, Joe Burrow, Justin Herbert) and fellow-NFC South QB Tom Brady to have a Pro Bowl-caliber season and surprise a large portion of the NFL world in 2022.