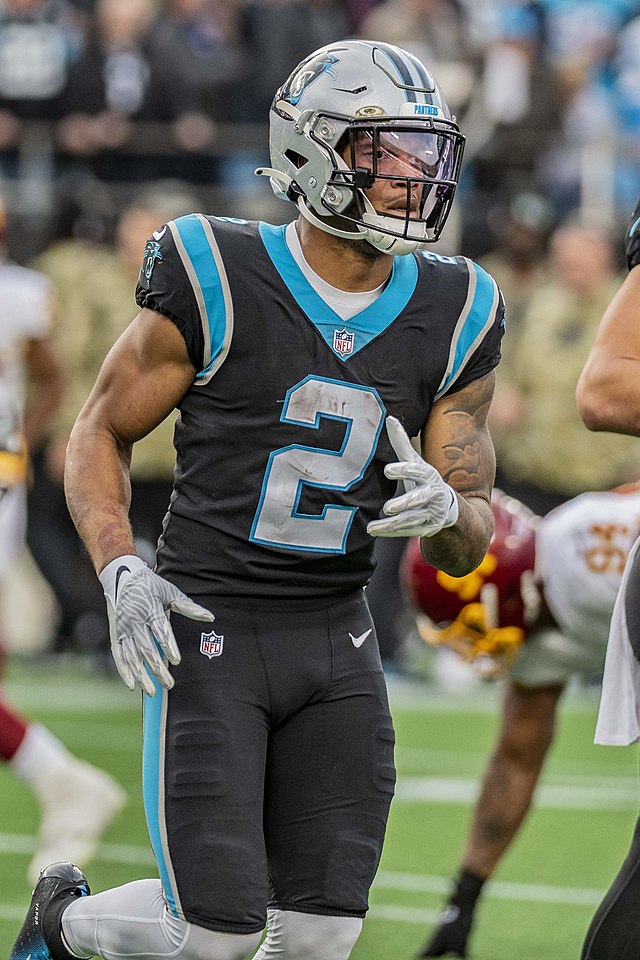 There are many NFL fans that believe Carolina Panthers wide receiver D.J. Moore is stuck on Sam Alcatraz Darnold island at this point in time. Moore is a quality football player, but the ultimate question is: how potent will the WR coming off three 1,000+ yard seasons be in the future?

Moore had a career-high 163 targets and he ranked fifth in target share last season with a healthy Robby Anderson and a porous 2021 passing attack. Nonetheless, the Panthers didn’t have Christian McCaffrey for 10 games last season. McCaffrey’s presence (100+ receptions in 2018 and 2019) should have a negative impact on Moore’s receiving game.

I still fully expect the Panthers QB situation to improve from last season. The Panthers gave up the fifth-most sacks last season and they should really benefit from the arrival of RB Austin Corbett and likely LG Bradley Bozeman. These two OL will be sure-fire upgrades over the prior LG/RG that left Darnold out to dry in 2021.

I love the floor of Moore and feel like he’s strongly attached to the hot seat that Matt Rhule is sitting on. I expect the Panthers to lean on Moore and CMAC a lot in 2023. He may not receive 150+ targets, but I still expect the 25-year-old to garner around 130 targets in each of the next few seasons. He signed a 3-year contract extension worth $61 million dollars this offseason.

It’s easy to not be a fan of Darnold with a million other peeps on social media, but I believe it’s honestly unclear if Darnold will be the future QB beyond 2022. He may burn out for the second straight season, but if he can have a “2018 Mitchell Trubisky-like season” with a stout OL, healthy McCaffrey, and his fantastic WR duo, he could be the starter for 1-to 2 more seasons at least. With that enunciated, I still am not the biggest fan of his ceiling. Moore might be underrated and a quality WR, but he will likely remain underrated for a couple of more seasons. The Panthers haven’t had a solid QB since a healthy Cam Newton and I don’t believe they will have a Top 10 QB in the near future. Assuming the Panthers don’t find a QB like Derek Carr in the next couple of seasons, I believe Moore is near the peak of his hype right now.

What’s Terry McLaurin’s dynasty outlook for 2022 and beyond?
NFL in the UK: Have we reached the peak?