What’s Terry McLaurin’s dynasty outlook for 2022 and beyond? 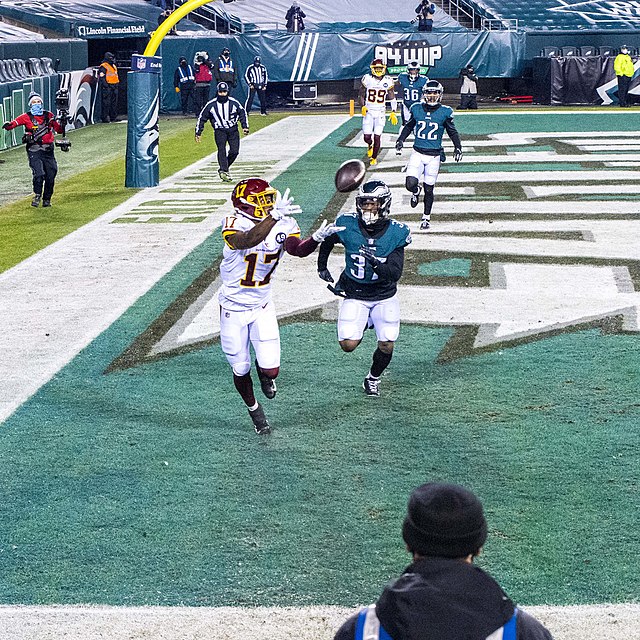 The Washington gold, also known as Terry McLaurin, has been a quality wideout over the past two seasons. Here is a closer look at how productive Scary Terry has been for Ron Rivera over the past couple of years:

Terry has been a B NFL player and an A Washington player in his career. I believe the best is yet to come for the 26-year-old WR. Most importantly, I honestly expect Carson Wentz to bring the Commanders back to the post-season. As we stand here today, I feel like the Commanders, Saints, and Cardinals will be the three wild-card squads in next year’s NFC playoff gauntlet.

The entire Colts fan base may still want to virtually sacrifice Wentz for his Week 18 meltdown, but he did throw 27 passing touchdowns in his first season as a Colt. It’s impressive that he was a potent red-zone machine, while his best WR was Michael Pittman Jr. (88 targets, 1,082 yards, and 6 touchdowns in 2021) and the Colts second-leading WR in 2021 was Zach Pascal. I believe Wentz can definitely throw 32-38 touchdowns in Washington’s offensive attack in 2022. I expect Rivera and the Commanders to bring the 29-year-old back after this season, as well. In retrospect, they may have made a wise decision to trade for Wentz (meanwhile, the Panthers are arguably in QB hell).

Wentz will certainly be an upgrade over Taylor Heinicke, as Heinicke threw 20 passing touchdowns, 15 ints, and 3,419 passing attempts last season. If Heinicke can go toe to toe for 3/4 quarters against Brady in the playoffs, Wentz should feel confident that he can work magic with the talented Washington team in his new chapter. It should be noted that the Commanders don’t need him to be Joe Theisman.

The Washington fan base should feel delighted to hear that Ian Rapport stated on Wednesday morning that the Commanders want to keep him for the foreseeable future. I expect Wentz to lean on McLaurin’s ability deep down the field and in short routes for many years to come. I expect McLaurin to have career numbers in targets, receptions, and yards in 2022.

Scary Terry is currently the 16th best WR in dynasty PPR via Fantasy Pros at this point in time. I believe it’s time to buy McLaurin, as he should be looked at as a Top 12 WR in my opinion. Samuel can be a nice/improved chess piece in the “Percey Harvin role”, but I don’t expect him (9 targets in 5 games last season) to be a heavily involved WR2. It’s honestly the Wentz and Terry show moving forward.