3 Defensive Backs The Cowboys Should Target in Free Agency 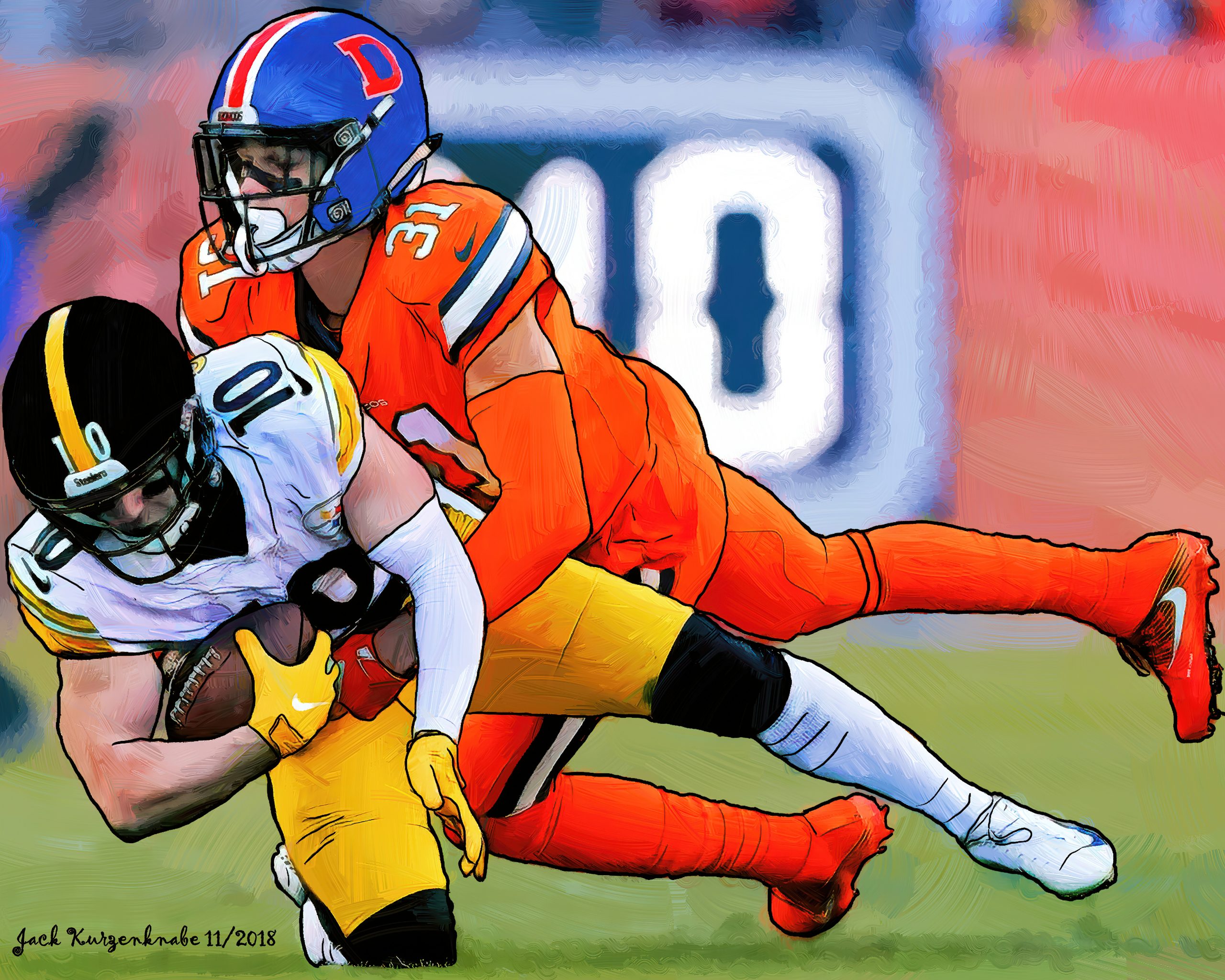 Which Young DBs Make an Appearance?

The Dallas Cowboys entered the 2020 NFL season with high hopes but unfortunately for them, things did not go quite as planned. After losing quarterback Dak Prescott to a gruesome ankle injury, they ended the season with a disappointing six wins and ten losses.

Interestingly, their offense held up fairly well with backup quarterback Andy Dalton and ended the season with a middle-of-the-pack 14th ranked offense. Not bad at all for a team that lost its starting quarterback in just the fifth game of the season.

The real issue for the Cowboys this past season was the defense. They finished the season with an inexcusable bottom ten total defense and allowed 30 or more points in 8 of their 16 games. Because of this abysmal defensive performance, the Cowboys fired defensive coordinator Mike Nolan and hire Dan Quinn to replace him.

Dan Quinn is a very solid hire for the Cowboys and a nice addition to the staff of head coach Mike McCarthy. He is well respected by his peers and widely loved by his former players. Quinn spent the last 5+ seasons as the head coach of the Atlanta Falcons where he found some success and even reached a Super Bowl. Prior to his time with the Falcons, he was the defensive coordinator for the Seattle Seahawks for two years where he was the play-caller and one of the architects of the Legion of Boom, who were of course one of the best defensive units in the history of the league.

This Cowboys team does not have the personnel of the Legion of Boom, but they definitely have plenty of talent for Quinn to work with, especially in the defensive line and linebacker position groups.

Demarcus Lawrence and Jaylon Smith are the two leaders of this defense who both had down years in 2020 but will be looking to bounce back in a big way with this new defensive scheme coming in. Add in Leighton Vander Esch, Aldon Smith, and Randy Gregory to round out a solid starting point for this defensive unit.

Where this defense really lacks in talent is in the defensive backs position group. It is by far the Cowboys weakest position group on the entire team. It is a unit that they have been trying to improve through the draft, where last they added Trevon Diggs out of Alabama.

He showed some promise this past season and hopes to continue to improve moving forward. Improving this group through the draft is a smart strategy and there is a really good chance that the Cowboys will be targeting a cornerback in the upcoming draft this year with their tenth overall pick. Caleb Farley from Virginia Tech and Patrick Surtain II from Alabama are two guys that will be on their radar on Draft Day.

The other place that they can look to improve their defensive backs will be in free agency. Though the Cowboys do not currently have a ton of cap space, they may be able to restructure some of their larger contracts to free up some extra spending money for the free-agent market. It is unlikely that the Cowboys will make a ton of moves this offseason, but adding help to this new Dan Quinn defense would be a wise investment. Let’s now take a look at three defensive backs that they could potentially target.

A ten-year veteran out of Stanford University, the 32-year-old Richard Sherman is still one of the premier coverage corners in the entire league. His age may be the one red flag but to this point of his career, Sherman has shown that he is still on top of his game.

He is big and strong for a corner which makes him highly effective in press coverage. What he lacks in speed, he more than makes up for with his elite intelligence by diagnosing plays quickly.

Sherman has had some injury concerns in recent years, but when he is on the field he is just as dangerous as ever. After back-to-back seasons in 2012 and 2013 where he recorded a career-high 8 interceptions in each season, opposing quarterbacks have wisely avoided throwing in his direction as much as possible since then.

He has not recorded more than four interceptions in a single season since then, but it’s not because of a drop-off in his ball skills or athleticism, it’s because of the fear that opposing quarterbacks have of throwing in his direction.

There are a number of reasons why signing Richard Sherman would make a ton of sense for the Cowboys. He and Dan Quinn know each other very well from their Legion of Boom days back in Seattle. Sherman was one of the keys to making that scheme work so well and was also one of the vocal leaders of that unit.

He could immediately become one of the leaders of the Cowboys defense by helping implement this Quinn scheme that he is very familiar with. Though he is a bit older now, Sherman is still one of the best cornerbacks in the league and would fill a major void for the Cowboys in the short term while they continue to draft and develop younger corners. If they could get him on a one or two-year deal at a reasonable price, this may just be the perfect fit for this transitioning defense.

Now entering his sixth season out of Boston College, Justin Simmons has been nothing short of excellent. The young free safety has statistically improved in every season in the NFL since his rookie year and has been a key piece to a very solid Denver Broncos defense.

In each of his first two seasons, Simmons recorded two interceptions each year and followed that by recording 3, 4, and 5 interceptions in his next three seasons respectively. His five interceptions in the 2020 season were the fourth-most in the NFL from any position, not just for a safety. Just as impressive as his ability to create turnovers through the air are his contributions in run support. In each of his last three seasons, he has recorded over 90 tackles. This puts him among the league leaders in tackles from the free safety position for three consecutive seasons.

Simply put, Justin Simmons is one of the best all-around free safeties in the game. He is a ball hawk in pass coverage with the interceptions to prove it and is equally as proficient against the run as well.

He can do it all and would instantly make any defense better. He is also only 27 years old so he is right in the prime of his career. With the safety position being a major weak point on this Cowboys team, adding a stud like Simmons would be extremely valuable.

The Broncos are going to do everything they can to try and keep Simmons in Denver, but if he does decide to test the free-agent market, this is a guy that Jerry Jones and the Dallas Cowboys need to consider. If they can afford him, and he wants to be there, he would be the perfect addition to the team.

A young free safety out of the University of Utah, Marcus Williams has shown a ton of potential in his first four seasons in the NFL with the New Orleans Saints. The Saints have had one of the top defenses in the league for a few years running, and Williams has been a key contributor to that.

He is a dynamic safety who is just as comfortable playing a zone as he is matching up and playing man coverage. He has the ability to generate interceptions and has recorded a minimum of two of them in each of his four seasons in the league.

He is also a useful defender in run support as well and has recorded at least 55 tackles in each of his years in the league, with his highest total coming back in the 2017 season where recorded 73 tackles.

If the Cowboys are unable to land Justin Simmons, a comparable alternative would be Marcus Williams. He is also a jack of all trades who is just as good against the run as he is against the pass.

He may not be as good as Simmons yet, but at only 24 years old the sky’s the limit for him. The major benefit to Williams over Simmons from a Cowboys perspective is that the price tag will be lower. At his young age and with his current skill set, Williams would be an instant upgrade to this defense with unlimited potential to grow into an elite safety in this league.

The Cowboys could possibly pair him with their young cornerback Trevon Diggs as well as another cornerback at 10th overall in this year’s draft for a young and talented defensive back group with the potential to grow together.