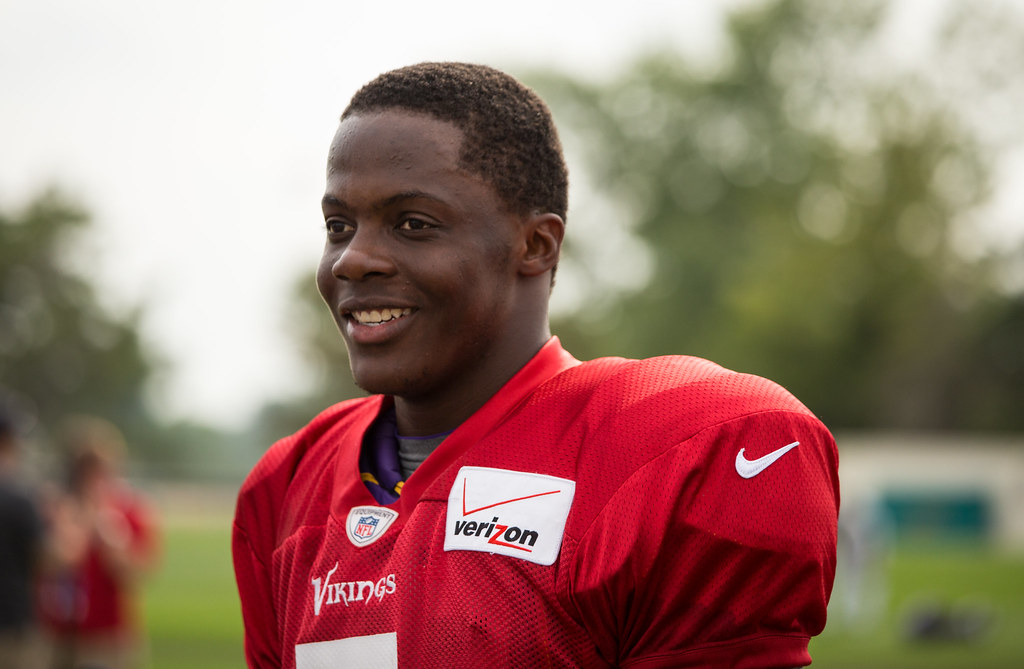 Who Should WFT Target?

Against all odds, the Washington Football Team made the playoffs last season. Yes, it was mostly on the backs of their defense but the offense wasn’t horrible. And now with the 2021 NFL season getting underway the WFT has eight picks in the 2021 NFL Draft to rectify the problem. More importantly, however, they have approximately $58.8 million available is salary cap space to get their offense back on track.

The WFT started with medium level of concern for their offense. The worry of course was directed on the position under center. They started with Dwayne Haskins as the starter. There was recently acquired Kyle Allen as his backup, newly healed Alex Smith as the third option and undrafted Steve Montez on the practice squad.

Now at the beginning of 2021 things look slightly different. Haskins has been shipped off to Pittsburgh, Allen is an exclusive rights free agent who is recovering from an ankle injury he suffered in his fourth start after replacing Haskins. Smith who replaced Allen, suffered an injury that led to him not being able to play in the wild -card round was recently let go a saving the WFT about $15 million against the cap.

Speaking of which Taylor Heinicke was called from his studies to come in and play. Called up in December, Heinicke started in the wild-card round of the playoffs replacing an injured Smith. In that game the Heinicke tossed two touchdowns and had 346 yards from scrimmage.

WHERE TO GO FROM HERE

So with Heinicke under contract and undrafted Colorado University product Steve Montez as the two quarterbacks left standing, the WFT needs to at the very least get competition in the quarterback room. At the most they need to get a veteran starter under center to compete in what has suddenly become a more competitive NFC East division.

There are three quarterback options the team needs to target if it has a chance to retain their crown.

Although it has been reported that the trade market has dried up for Mariota, it is because of his incentive laden contract, not because of performance anxiety.

Mariota played in one game last season. He had 26 passing attempts, 17 completions, 226 passing yards, one touchdown, one interception and one rushing touchdown on 88 rushing yards. He showed a glimpse of why he was drafted second overall in the 2015 NFL Draft. For his six seasons he has a 62.9% completion with 77 passing touchdowns a 45 interceptions. He has also rushed for 1487 yards and 12 touchdowns.

There are downsides to this acquisition. Trade for Mariota is not an option, it would be too costly. Although his base salary of about $10 million is palatable, the incentive-laden contract could be worth $37.5 million. And then of course there are the issues with his health. In six seasons he has had an MCL sprain, a broken fibula, sprained elbow, neck stinger, and pulled hamstring. But what is perhaps the biggest barrier, is that Mariota has been consistently linked to the New England Patriots. This scenario has the Patriots waiting patiently for the Raiders to cut Mariota and then they will swoop in and acquire his services.

ESPN appears to be the loudest voice in the Mariota to New England claim. Which is okay, the WFT has other options.

It is pretty clear that the Carolina Panthers are looking elsewhere for their starting quarterback for the 2021 season. From courting Matthew Stafford to vying for the services of Deshaun Watson, they clearly believe that Bridgewater is not the answer.

Bridgewater started off the 2020 season pretty good. In his first nine games he threw 13 touchdowns with seven interceptions. In Weeks 3-5, he had five touchdowns, one interception while completing 74% of his passes. He was also only sacked two times.

And then he suffered a knee injury in Week 10 that forced him to miss a game. His offensive line became unstable and the start running back Christian McCaffrey became unavailable. In their last five games, Bridgewater threw two touchdowns, four interceptions, with a 62.9% completion rate and was sacked 12 times. He went 0-8 on game winning or tying drives and finished the season 4-11.

While this doesn’t exactly inspire confidence, keep this in mind. The WFT put a franchise tag on Brandon Scherff, solidifying their offensive line. And then there is the familiarity card, offensive coordinator Scott Turner was the quarterback coach when Bridgewater was drafted by the Minnesota Vikings.

Speaking of familiarity, Newton wins this hand. He would be potentially be reunited with head coach Ron Rivera (2011-2019) and Turner who was Newton’s quarterback coach in 2018 and 2019. That means he walks into the door knowing the playbook right from the start.

Last season in New England was less than stellar, but so was his supporting cast. The wide receiving corps was led by Jakobi Meyers who finished the season with 729 yards and zero touchdowns.

That Newton may still possess a glimpse of what made him so valuable to a team is certified by the fact that last season he was second on the team in rushing yards (592) while leading the team in rushing touchdowns (12). He also ranked 14th in Pro Football Focus deep passer rating, going 14-of-29 for 414 yards with two touchdowns, one interception, and one drop.

Even though Rivera ended up picking up Allen instead of Newton last season, he did heap high praise on Newton stating, “Honestly, if the circumstances would have allowed us, I would have had no issues signing Newton.”

The circumstances suddenly seem to be favoring a Newton-Rivera reunion. Newton signed a one-year deal with the Patriots last season that only guaranteed him $550,000 and a base of only $1.05 million. Now Newton has a little more to prove and paying for a one-year deal, with the WFT just feels right.