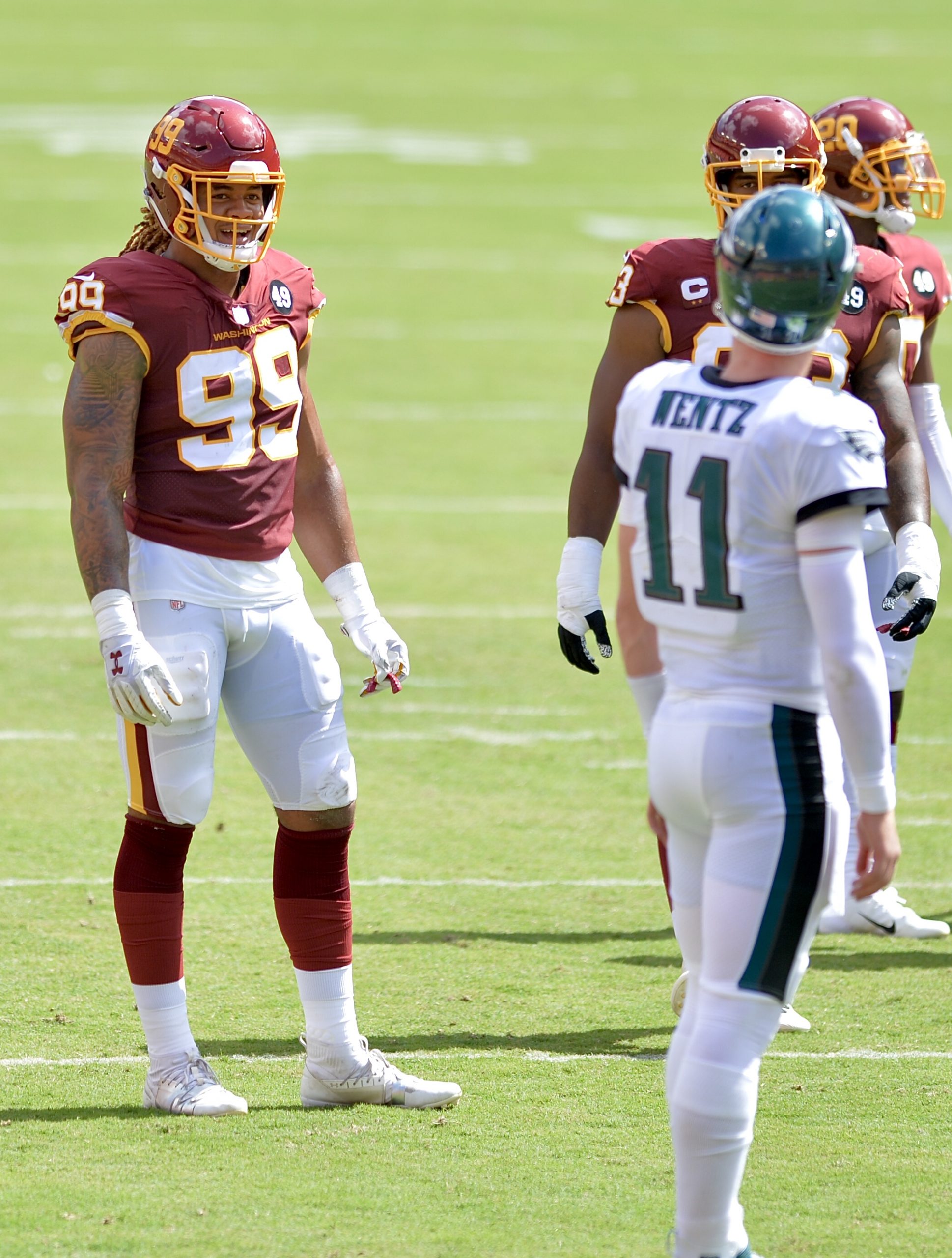 Who will start at QB for Washington?

The Washington Football Team was one of the surprise teams of the 2020 season. Their 7-9 record was just good enough to get them into the playoffs after spending a season battling it out in arguably the worst division in football in the NFC East. Their playoff run took them out of the running for a top pick in the 2021 draft.

Washington had the bad luck of meeting Tom Brady and the Tampa Bay Buccaneers in the wild card round of the playoffs. While they gave the Buccaneers a well-fought battle, Tampa Bay took it with a 31-23 victory.

Heading into the 2021 season, Washington will look to not only win their division again but also stick around in the playoffs for more than just one game. But the road ahead for them has its own obstacles. From no clear-cut starting quarterback to a secondary that may be the weakest in the division, Washington will have to figure things out before the start of the season. Here are three of the biggest obstacles that the Washington Football Team will face in 2021.

Not only relying on young players

Washington has assembled a roster that is full of talented, but young players. Many of the more prominent players on this team, on both sides of the ball, are very young. From Antonio Gibson and Terry McLaurin to Chase Young and Montez Sweat, a majority of these players are 25 years old or younger.

While youth is a good thing for a rebuilding team, it does cause you to question just how good they can be right now. A playoff berth was unexpected for this team last season, and they did it while playing in a division where no team finished with a .500 record. This sort of success may not happen again until this team is ready as a whole.

Washington will need at least a few of their veteran players to step up before this team can become a real threat in the NFC. There will need to be good play from older players on both the offensive and defensive sides of the ball.

Not only relying on the defensive line

While having an elite defensive line, the rest of the defense could be a weakness. The secondary that Wshnginton has is arguably the worst in the NFC East and one of the worst in the entire NFL. Both safety positions could be up for grabs. Safety Landon Collins played in just seven games last season and has dealt with injuries for some time now. Washington could just finally cut ties and move on from the six-year NFL veteran.

Their linebacker core is better than the secondary but could still possibly hold this defensive back. In an effort to strengthen the unit, Washington spent their first-round pick on Kentucky linebacker Jamin Davis.

Davis is an all-around athlete and a tackling machine. He racked up 102 tackles in his final season at Kentucky. He also recorded a 4.47 40-yard dash. His presence will be felt immediately on this defense and he will be expected to play at a high level as soon as he steps on the field.

Washington’s quarterback situation is arguably their biggest obstacle. They are one of few teams with no clear future at the QB position. Ryan Fitzpatrick could potentially turn in another one of his famed seasons where he goes on a tear, but at 38 years old, he is not the quarterback of the future in Washington.

Outside of Fitzpatrick, Washington has two unproven quarterbacks. Taylor Heinicke has just 77 career pass attempts in three seasons and has played in just nine games and started two. He played well in the two games he started in 2020 and was the QB1 in Washington’s playoff game against the Buccaneers. But with him already being 28 years old, he may not fit the timeline of this team. Washington may choose to take a long look at him though, as he did play well when called upon last season.

Kyle Allen has the potential to be the guy but has struggled often throughout his career. He started 12 games in 2019 and led the Carolina Panthers to a 5-7 record in those starts. In 2020, he started four games for Washington before suffering a season-ending injury in November. In those four games, he scored five touchdowns and threw just one interception. But he also had a record of 1-3.

Three mediocre quarterbacks could be Washington’s downfall. If one of them can step up and become a strong QB1 then this team could have a clear path to the postseason. But if they perform at just an average level, a 7-9 record won’t be enough to get this team into the playoffs.

What to Expect from the Cowboys Defense in 2021
Why Darren Waller is ahead of George Kittle
wpDiscuz
0
0
Would love your thoughts, please comment.x
()
x
| Reply