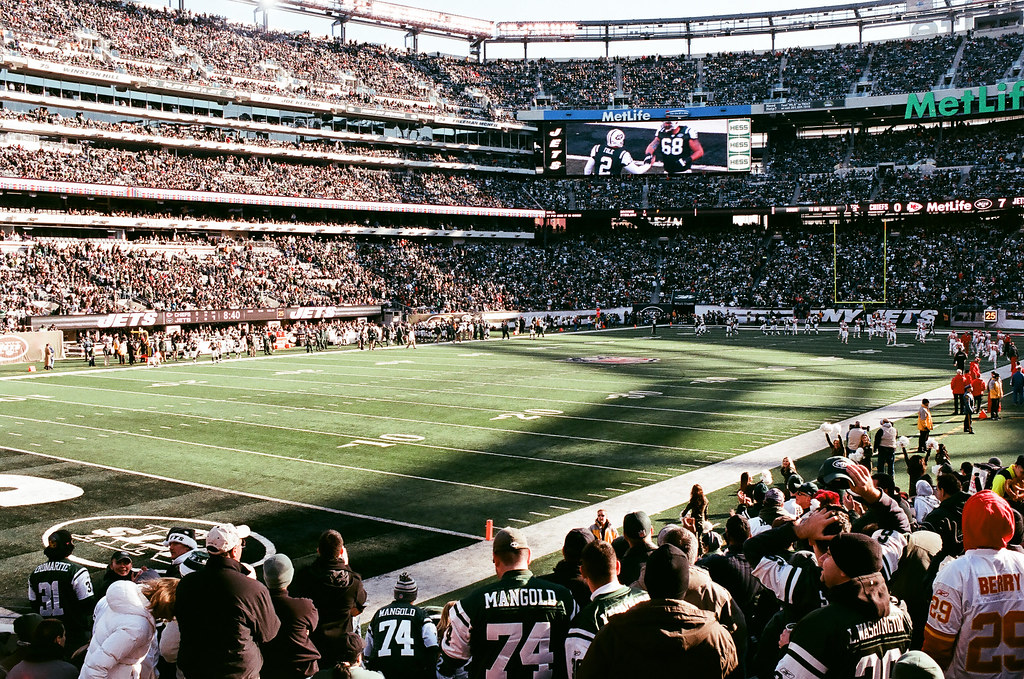 Will the Dolphins make the playoffs?

The NFL season begins in less than 7 days. After another offseason that seems to last forever, fans eagerly await the start of the season with the hope of their team holding the Lombardi Trophy in February no matter how high or low their odds are.

Every offseason, fans and then media like to make their season predictions, stating who they feel can win the division and who will end up with a high pick in the following draft.

Here is a preview of the AFC East in what is the first of eight-division previews.

The Bills are back where they once were.

Their glory days of the ’90s where they lost in four successful Super Bowls seemed long gone in the 2000s and early 2010s where they had disappointing season after disappointing season. Head coach Sean McDermott has reinstalled hope into the franchise ever since his appointment in 2017. His debut season with Buffalo saw them reach the playoffs for the first time since the 1999 season. The Bills then drafted quarterback Josh Allen in 2018 and the Wyoming QB has seen a gradual improvement as each season has gone on.

His 2020 season is his career-best so far, with 4,544 passing yards as well as 37 touchdowns and 10 interceptions. He also contributed on the ground, with 8 rushing touchdowns and 421 rushing yards. Part of Allen’s improvement is down to two individuals. Offensive coordinator Brian Daboll and wide receiver Stefon Diggs.

Daboll’s style of coaching and system saw them used plenty of 11 personnel, which used just one running back and one tight end. This allowed there to be three wide receivers, giving Allen plenty of options to throw to. The status of Cole Beasley in 2021 is uncertain due to his stance on the COVID-19 vaccine but Diggs’ upcoming campaign is far from uncertain. He established himself as one of the best receivers in the league in 2020, with 1,535 receiving yards and 8 touchdowns. His trade from the Minnesota Vikings has given Allen the true number one wideout he was always lacking, Even without Beasley, Allen has Gabriel Davis and Free Agency signing Emmanuel Sanders to throw to. He has made great strides in each of his seasons as a pro. Can he make the next step and represent the Bills in the Super Bowl?

This is a brilliant franchise. The supporters breathe and die Bills. They have been loyal despite being one of the more long-suffering fan bases in the NFL. Allen, McDermott, and the rest of the players would love nothing more than to bring a Super Bowl home. The Bills were 60 minutes away from reaching the big game, only to get beat 38-24 by the Kansas City Chiefs. Allen didn’t have a bad day, throwing for 287 yards and two touchdowns. They were simply outclassed by a better team.

The Bills, along with the Chiefs, have strengthened this offseason. The Bills added Emmanuel Sanders in Free Agency along with Mitch Trubisky, who will be a serviceable backup to Allen. They added to areas of need in their roster during the draft, taking two defensive ends with their first two picks. Miami’s Gregory Rousseau and Wake Forest’s Carlos Basham were selected in the first two rounds. Their next two picks were their other area of need, the offensive line. Tackles Spencer Brown and Tommy Doyle were selected in the third and fifth rounds respectively. Their defense was second in points allowed in 2019 and only three teams allowed fewer passing yards. However, in 2020, they were 16th in points allowed and 13th in passing yards allowed. This is a defensive front that took their foot off the pedal last season. Should the defense see improvement in 2021, then this can ease the pressure off Allen, Diggs, and Buffalo’s offensive weapons. Their division rivals may have improved this offseason, but the Bills are still by far the favorites.

It has been an interesting offseason for the Miami Dolphins. The offseason has both began and ended with talk of a trade for Deshaun Watson. However, the concern from Dolphins fans when rumors circulated during Super Bowl week was the team giving up too much for the Houston Texans QB despite drafting Tua Tagovailoa fifth overall just a year before.

Legal troubles came into play involving Watson in March, leaving to disapproval from fans over trade talks last week over whether the team should touch someone with over 20 civil lawsuits hanging over their head. Tua Tagovailoa has since received public backing from head coach Brian Flores, who he has said is their QB.

The Dolphins were also involved in two trades that significantly altered their draft position. The third overall pick was originally theirs thanks to the trade of Laremy Tunsil combined with the poor 2020 Houston Texans campaign. A trade with the San Francisco 49ers saw the Dolphins move from 3rd to 12th on the draft board before a trade with the Philadelphia Eagles on the same day saw Miami move to sixth. Wide receiver Jaylen Waddle was taken with this pick to not only reunite Tua with his college receiver but also to give him help, specifically a deep threat. The free agency signing Will Fuller and the returning Albert Wilson, who opted out in 2020 due to COVID-19, also offer depth in the wide receiver and further help to the Hawaii native.

Miami was one of the best defensive teams in 2020 and has improved this side of the ball. Jaelan Phillips was taken in the first round by the Dolphins to give them an option off the edge as well as in the middle. His versatility means he can play both defensive end and linebacker. Second-round selection Jevon Holland has impressed this off-season and the safety comes in to replace Bobby McCain who departed this summer. Holland adds to an impressive secondary that is relieved to keep hold of their best asset. Cornerback Xavien Howard requested a trade before the front office worked out a restructured deal for the defensive back, who recorded the most interceptions in the entire NFL last season (10).

The Dolphins agonizingly missed out on the playoffs last season as the eighth seed, despite a double-digit win season. This shows the strength of the AFC, especially considering the Chicago Bears made the playoffs in the NFC with 8 wins. Miami’s schedule is tough in 2021, with home games against the Indianapolis Colts and Baltimore Ravens as well as games on the road against the Tennessee Titans, New Orleans Saints, and Tampa Bay Buccaneers. They are also twice facing a quarterback in Josh Allen that has a 5-1 record against them along with twice playing an improved New York Jets and the old foe in the New England Patriots. Miami is a well-organized team thanks to the leadership of Flores and this coaching alone can win this team a win or two. This feels like Miami’s time to end a five-year absence from the playoffs. The aforementioned strong teams in the conference mean they could well be in line to once again fall short.

The first campaign post-Tom Brady didn’t quite go to plan, with New England having their worst record since the 2000 season. They missed out on the postseason for the first time since 2008. Cam Newton was the quarterback brought in to replace the GOAT and he started well, with four rushing touchdowns, two passing touchdowns and two interceptions. He missed the Patriots’ fourth game against the Chiefs due to coronavirus and never looked the same after he returned. He has since been cut, with the 15th overall pick Mac Jones set to be the starter when New England and Miami take to the field in week one.

Jones looked impressive in the preseason. He appeared comfortable in the pocket and made some solid throws. Just like any rookie, he will need time to adapt to the NFL. He will be helped by a solid defense, that has many players back after not featuring in 2020.

New England and Miami have very similar situations. Both have excellent defenses, are extremely well-coached with quarterbacks facing questions. They will both be very close in terms of records and may even have the same record. The extra year of NFL experience for Tua will help the Dolphins narrowly beat out the Patriots for the second-place finish in the division.

Another era begins in the Jets organization. Head coach Adam Gase was fired after a disappointing two seasons. He has been replaced with Robert Saleh, who impressed during his time as defensive coordinator for the San Francisco 49ers. Quarterback Sam Darnold, who the Jets traded up to draft third overall pick in 2018, has been traded to the Carolina Panthers this offseason. His replacement? This comes in the form of second overall pick Zach Wilson, who spent his time in college with BYU.

Neil Reynolds of Sky Sports in the UK spoke of how Wilson would drive eleven hours every weekend from BYU to California to work out with John Beck. This shows a tremendous work ethic, one that will stand him in good stead in the NFL.

Wilson has impressed in spells during the preseason and was rewarded in the draft with a guard to protect him, with Alijah Vera-Tucker going fourteenth overall. There tends to be more positive noise coming out of the franchise, with GM Joe Douglas seemingly learning from past mistakes. Wilson will be well protected, with tackle Mekhi Becton having an impressive rookie season in 2020.

Work in progress should be the tag on Wilson’s jersey in 2021. Despite a young and exciting receiver room to work with, the defense is not going to win the Jets games. Saleh also needs time to adapt as a head coach. The Jets should be expecting to have another challenging season, with the strength of their division rivals likely to see them finish fourth in the division. However, if the new QB shows his potential along with the offensive line, then this is an achievement for the organization and one which fans can get behind going into 2022 and 2023.