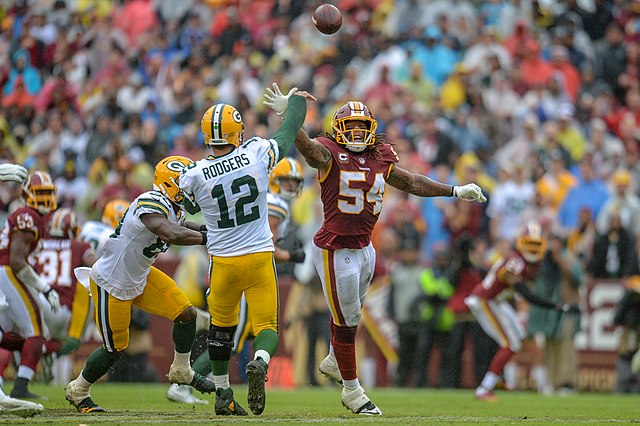 The Packers really need to trade for a WR

It’s safe to say that Aaron Rodgers didn’t vision his wide receiver room to be at its current caliber on this second day of the NFL Draft after he chose to “likely be a Packer for life” earlier this offseason. The GB Packers best wide receiver at this moment is none other than the Week 1 juggernaut Sammy Watkins. I’m not sure if it would be a complete surprise if A-Rod is brewing a plan to help his team trade away Jordan Love for a WR or if he is trying to package himself in a trade to the Saints, so he can play with “Michael Thomas and Chris Olave”.

There were numerous blockbuster WR trades yesterday (A.J. Brown, Marquise Brown), but the Packers didn’t opt to slice cheese for a shiny WR. The Pack may not have lobbied for an elite WR on the trade block, but they could still target a big-name WR to help the burning man version of Rodgers win his third MVP in three seasons.

The San Francisco 49ers WR Deebo Samuel would be an excellent addition to the Packers offensive unit, to say the least. It wouldn’t be impossible for GB to still acquire Samuel. It would have been easier for the Packers to use their draft ammunition from yesterday (two first-round picks), but they can use a lot of future draft stock and potential players to push for Samuel.

There are a few other WRs that could be potential fits for GB: Robby Anderson, D.K. Metcalf, and Kadarius Toney. I honestly believe that GB should find more explosion for Rodgers, as they’ve REALLY committed to him in his final years of glory. The Packers would contradict their legendary QB’s talent if they refuse to equip him with top-tier weaponry. It may make the most sense for the Packers to act during this busy draft to reel in a top-shelf WR and true replacement for Davante Adams.