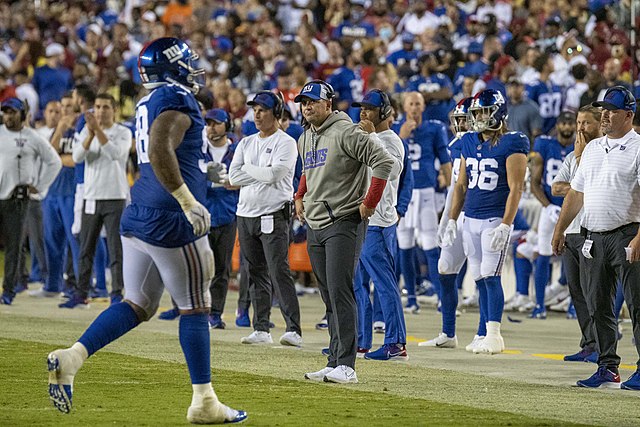 Will Malik Willis go to the Giants?

The first round of the NFL Draft is complete, with trades galore and plenty of wide receivers taken. It is the first Draft since 2013 to have no quarterback selected in the first five picks and the first time since 1994 that the first four picks have all been defensive players.

The New York Giants had the fifth and seventh overall selections and they hit a home run on the deaf, taking Kayvon Thibodeaux and Evan Neal with those picks. Unless some trades take place, the Giants will have the 36th overall pick.

In the past 24 hours, news broke that the Giants were not exercising the fifth-year option on quarterback Daniel Jones. There was only one quarterback taken in the first round, with the Pittsburgh Steelers taking Kenny Pickett 20th overall. One quarterback who is in Vegas is Liberty QB, Malik Willis.

Here is why you should not rule out the Giants taking Willis.

The option to decline the fifth-year option is a big indication that the organization does not feel you are the answer moving forward. Willis was projected to go as high as second overall to the Detroit Lions in some mock drafts, with the other highly predicted destination was with the Carolina Panthers at number six. Instead, the Lions took edge rusher Aidan Hutchinson and the Panthers took Ikem Ekwonu with those picks.

The first three teams to select in the second round are the Tampa Bay Buccaneers, Minnesota Vikings, and Tennessee Titans. None of these teams are desperate for a quarterback. Tampa Bay has Tom Brady, the Vikings have given Kirk Cousins an extension, and the Titans have Tannehill. People felt Jones was a reach as soon as he was taken sixth overall in 2019, causing various fan reactions to be placed on Youtube that could make a turkey at Christmas laugh.

With Tannehill not attending voluntary OTA’s, this has led to some believing he wants out but head coach Mike Vrabel also didn’t attend. However, he did throw costly interceptions in the Divisional Round that cost his Titans team a place in the AFC Championship game despite sacking Cincinnati Bengals quarterback Joe Burrow nine times.

The Titans and the Buccaneers could be teams that go for him with Brady not guaranteed to be there next season and Tannehill’s big game potential has been questioned all offseason. These teams have more addressing needs, which may mean they look at the likes of Desmond Ridder, Matt Corral, and Sam Howell with later picks. This would open up the door for the Giants to take Willis with the 36th overall pick. Whilst they also have more addressing needs, “a major need is the QB position” and they may feel he has too high a ceiling to pass on him for the third time.