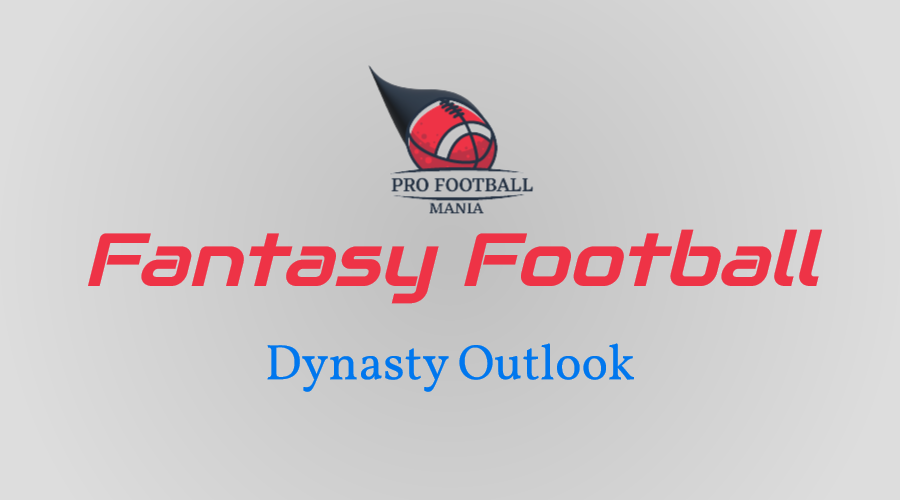 What is Moore’s dynasty outlook in 2023 and beyond?

Skyy Moore was the consensus rookie 1.08 in rookie drafts (single QB) coming into the year, ahead of a couple of players who’ve had more utility this year (rookie draft info per FantasyPros). He was a draft darling, balling out in the Group of Five Mid-American Conference. While Moore has yet to show that on the field, how should he be viewed from a long-term perspective? Let’s dive into what to do if you’re a Skyy Moore dynasty manager or an interested party looking to acquire him.

Skyy Moore was the 13th WR taken in the 2022 NFL draft, but a combination of ability on the field with the ball and landing spot pushed him way up draft boards. I’ll be honest, I was guilty of it too, thinking him vs Chris Olave was a tough choice. Moore landed in Kansas City with the best QB in football and a questionable depth chart. So he should have had a big 2022, right?

While disappointing, I’m not as concerned about 2022 with Skyy Moore. It may be a bit of confirmation bias, but MAC to the NFL is a big jump. Most players going from a non-Power Five to the NFL will take adjustment, especially one who likely didn’t need to be perfect to get open. Heck, Davante Adams, now one of the great NFL WRs, took two full years to adjust before his year 3 breakout.

I’m not worried about Skyy Moore. The Chiefs built an offense with a clear deep threat, a possession WR, a gadget player, and an elite TE. They then added an explosive player at the deadline. I think Moore can help at all these spots, as he’s a strong athlete, can get open short deep. We’ve seen in short spurts that Moore is the Chiefs fill-in for the possession short-area target.

While still learning this year, the Chiefs have tried to incorporate Moore more as the year went along, including multiple 6 target weeks as the underneath option. One of those weeks even resulted in a WR36 overall finish in half-PPR leagues. There’s also plenty of additional room for growth within that role, as Juju Smith-Schuster has hit 8 or more targets in half of his 16 games. While not elite numbers, he did finish as WR28 on the year and that role has room for growth with a more explosive player like Moore.

Of the six WRs seeing playing time in Kansas City, only three remain under contract beyond the current season. Marquez Valdes-Scantling, Kadarius Toney, and Skyy Moore. Juju Smith-Schuster, Mecole Hardman, and Justin Watson are all free agents after the year ends. These players, while important, are hardly the most important players due for new deals. If you want someone smarter about the WR position to tell you, check out the video below.

The Chiefs currently are slated to lose four of their five offensive tackles, including 2022 franchise player Orlando Brown. They project to have just $20M or so in cap space. They thought enough of Moore to pick him in the second round from a small school. I’m guessing he gets a shot in 2023 to prove he can ascend into a full-time role. The Chiefs need to allocate money towards the offensive line and extensions for some upcoming free agents.

So what is the value of Skyy Moore dynasty shares? Not great. Since the preseason hype peaked his value as a top-30 WR on KeepTradeCut, the consensus view has fallen to just inside the top 60. At WR, not overall. Unless you’re a contender who needs help somewhere else he’s a hold for me, but I also understand the hesitancy. WRs who play as little as Moore has don’t typically hit in year 2.