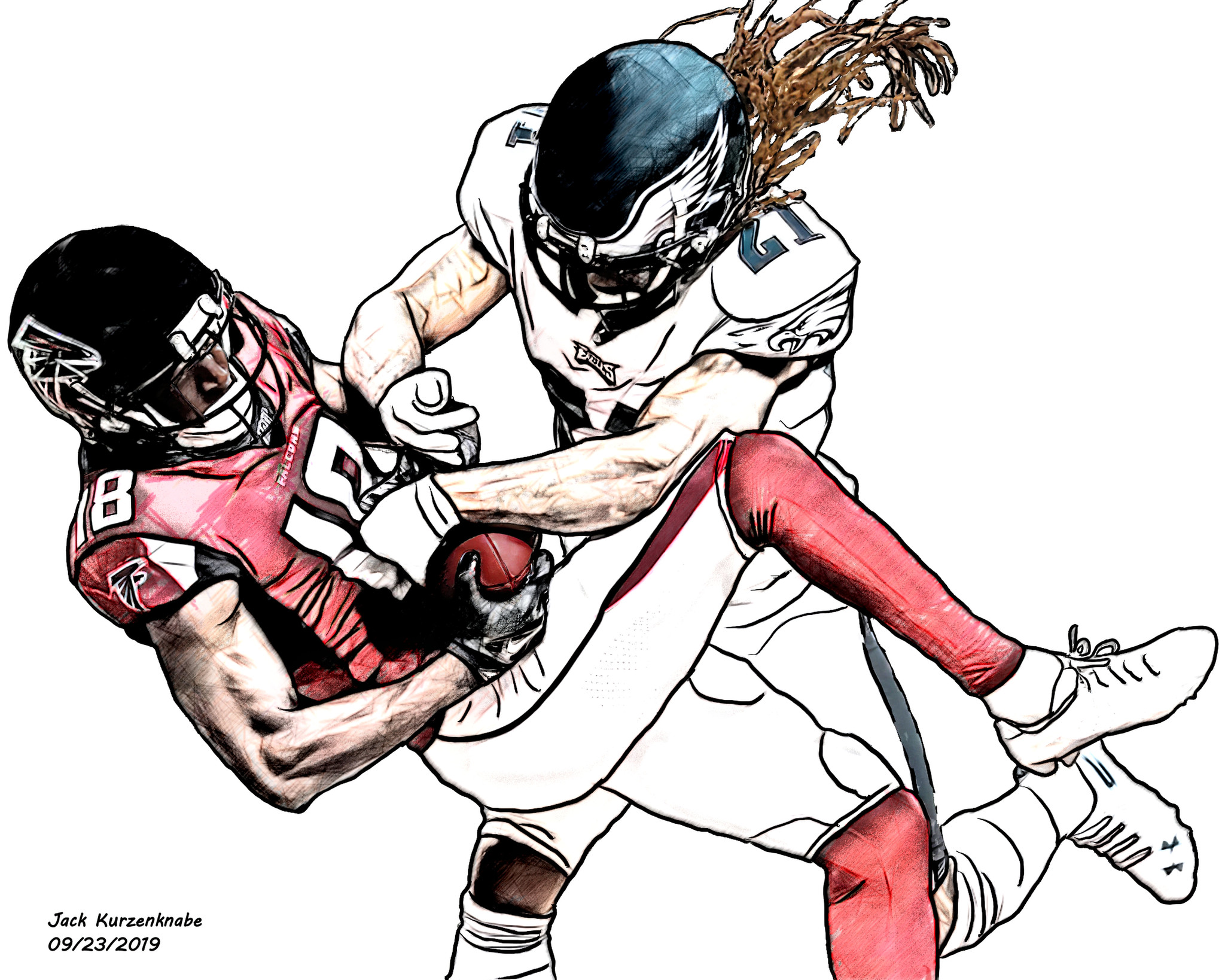 The biggest fear of every Philadelphia Eagles fan is Howie Roseman making the wrong picks”¦ again. The Eagles general manager has been under much scrutiny over the past few years for failing to draft top level stars, or at times seemingly serviceable starters. The last Pro Bowler the Eagles drafted was Carson Wentz in 2016.

Well Eagles fans, your worst fear is no more. Howie Roseman is gone. I’m in charge now of the Eagles draft. Given large draft capital with 11 picks, the most in the draft here’s my mock draft for the Philadelphia Eagles.

This is an extremely easy pick to make for Philadelphia if the junior from South Carolina is still on the board. As I said previously in my defense of the Eagles-Dolphins trade, the Eagles have a dire need at cornerback. With the rest of the division stockpiling weapons, you cannot go into the season with randomly generated Madden players starting opposite of Darius Slay.

Son of former New Orleans Saints Joe Horn, Jaycee is the best cornerback in the draft. He is a phenomenal athlete, and combines that freak athleticism with uber aggressiveness to eliminate his wide receiver matchup from the game. He will be a great #2 corner next to Slay, and can be the next lockdown Eagles corner reminiscent of Troy Vincent or Lito Sheppard.

The Eagles are starting a long term rebuild. This draft isn’t about competing next year, rather it’s about building a team that can contend for multiple championships in the future. To do so, Philadelphia needs to find the successor to legendary center Jason Kelce. Kelce has been the backbone of so many great Eagles lines, but his time will be coming to an end soon. Already 33, Kelce has battled retirement over the past few years.

Creed Humphrey is one of the few center prospects who could possibly take over for Jason Kelce without a large dropoff. A three year starter, Humphrey is a greatly experienced prospect. His tape is phenomenal, with great intelligence as well as power. He tested otherworldly at his pro day and would be a great replacement for the great Jason Kelce.

This draft is extremely deep at wide receiver. This allows us to grab a great cornerback prospect in Horn in the first, and then take a very promising wide receiver in Michigan’s Nico Collins in the 3rd. The Eagles have speed at wide receiver. Jalen Reagor might’ve disappointed statistically last season, but the speed was on display when you watch his film. What the Eagles need is a big body traditional X wide receiver, and this can be Nico Collins. Collins is a rare blend of size and athleticism. At 6’4, he plays like a big receiver that almost always wins 50-50 balls, but he also has legit 4.4 speed. He can be a true #1 guy in the future, and help unlock Jalen Reagor.

The Eagles have a sneaky need at edge rusher. Brandon Graham is still good, but he is going to be 34. Derek Barnett is entering the last year of his contract and it’s still unknown whether he is in the future plans of Philadelphia. Josh Sweat showed a lot of good things last year and might make Barnett even more expendable.

Payton Turner checks off all the boxes of a freaky 4-3 defensive end, and his best football looks to be ahead of him. Turner is massive at 6’4 270 but is still very explosive coming out of his stance. He has good power and length. His potential is sky high and not enough people are talking about him.

Is a defensive tackle the biggest need on the Eagles, no, but just like at edge rusher it’s more pressing than you’d think. Malik Jackson didn’t really work out in Philly and is gone. This just really leaves Fletcher Cox, Javon Hargrave and Hasaan Ridgeway at defensive tackle. At 123rd overall, former 5 star recruit Marvin Wilson is simply too good to pass up here. His 2020 tape was a step back, but go back and watch him in 2019. He has extremely strong hands and has good natural athleticism and power. The upside is great enough to use a 4th on.

Besides Horn at 12, this was the easiest pick to make in the entire draft. Rodney McLeod has been the most underrated Eagle on defense over the past year, but coming off an ACL tear at 30, and with his contract set to expire next year, McLeod is probably in his last year as an Eagle. Tyree Gillespie would be the perfect replacement. I see a ton of McLeod in Gillespie. He’s a tad bit undersized but plays with a ton of physicality. He’s even a better athlete than McLeod was entering the league. Gillespie and new signing Anthony Harris splitting safety duties would look really good moving forward.

The Eagles took their future X receiver earlier in the draft in Nico Collins, here they take their future slot receiver. Greg Ward Jr has done fine in the role but Cade Johnson has serious potential at slot. He’s a really good route runner and catches the ball better than most in the class. He reminds me a lot of current Buffalo receiver Cole Beasley, who has been quite possibly the most underrated pass catcher in the NFL over the past five years.

Just adding one potentially elite player does not fix the Eagles cornerback woes. The team silk needs good depth and potential starters for the future. Tay Gowan opted out of last season, not wanting to put his daughter at risk. His 2019 tape was really promising though. Gowan has good athleticism and hip fluidity and could be a contributor in the future for Philadelphia if he continues to develop.

The Eagles need a good powerful backup option to Miles Sanders, and Louisiana’s underrated running back Elijah Mitchell fits the bill well. Mitchell was a productive back for the Ragin’ Cajuns, and absolutely destroyed his pro day. Mitchell could be a good reliable backup for the Eagles, with the athleticism to make him a potential day three steal.

It looks increasingly likely that Zach Ertz, one of the greatest tight ends in Philadelphia history, will be applying his craft elsewhere this upcoming season. This gives 2018 2nd round pick Dallas Goedert the perfect opportunity to breakout. Over the past two seasons, it’s felt like Goedert can be one of the more dynamic receiving threats at tight end. Ohio State’s Luke Farrell is one of the best run blocking tight ends in the class and can be a good complement to Goedert.

Buddy Johnson is everything you could want in a 7th round pick. He is an old school style run defender of a linebacker who has modern NFL speed. He might not be a starter, but he can be a good situational contributor. Johnson has extensive experience on special teams.