Top 1st Round Draft Targets for the Carolina Panthers 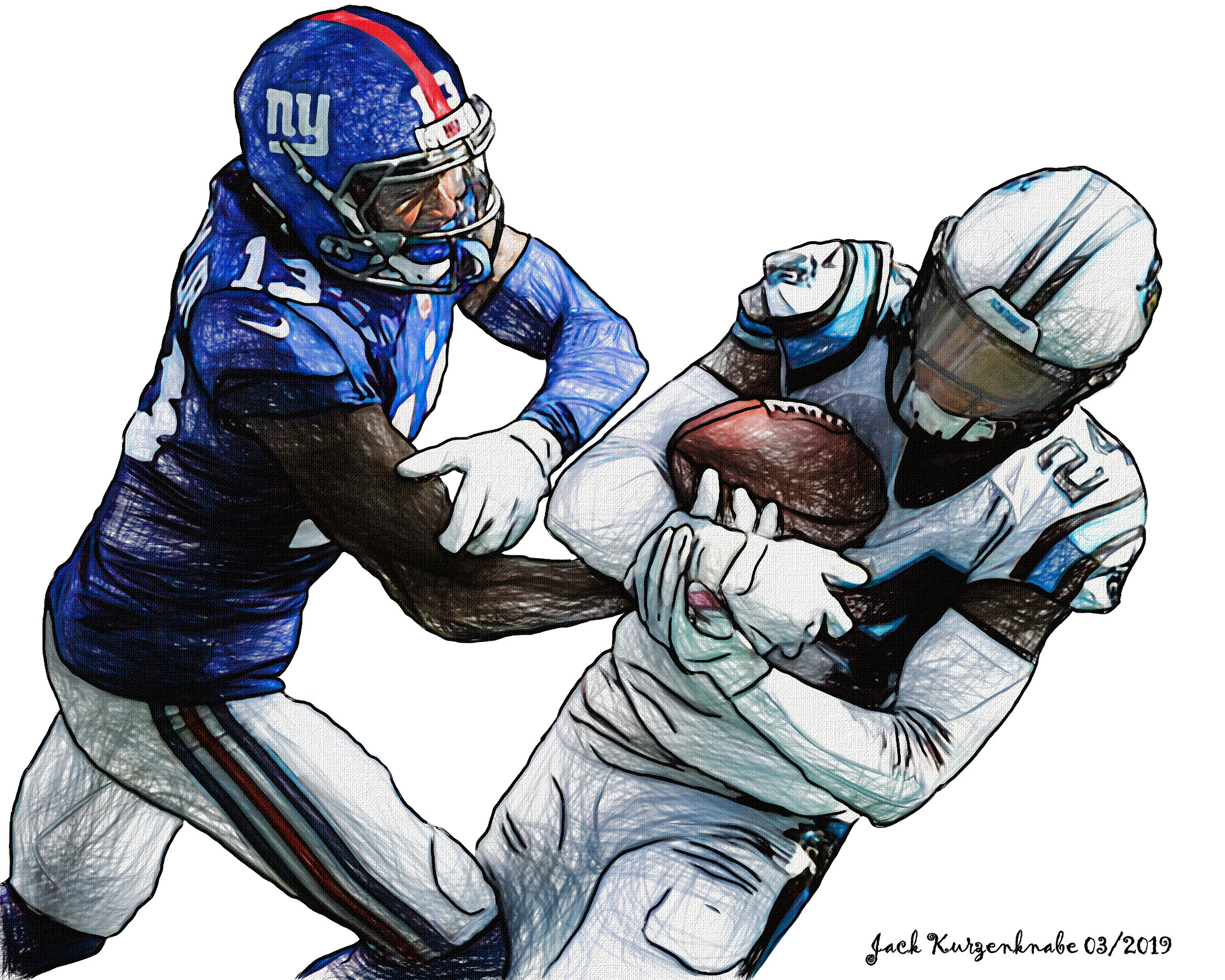 The NFL draft is rapidly approaching as the days go by. The Carolina Panthers made the latest move that will impact the draft order. Earlier this week the Panthers made a big move in acquiring Sam Darnold from the New York Jets. Neither team swapped first round picks in this year’s draft, meaning the Jets will more than likely be selecting a quarterback at number two overall, leaving the Panthers with options at eighth overall. The Panthers were in the hunt for a quarterback and seem to have their guy moving forward.

With the acquisition of Darnold while maintaining their high selection the Panthers are in a spot to seriously upgrade their team and bring a star to Carolina. The Darnold acquisition should eliminate all the quarterback prospects. There is a possibility a quarterback needy team looks to trade with the Panthers now that their signal caller has been acquired. The Panthers could also look to jump up to an earlier spot if they feel like a target may be taken ahead of them as well. I think a trade could be possible if it offers the right value but moving ahead we will take a look at prospects that should be on the Panthers radar and likely selections for the Panthers at eighth overall.

Pitts is regarded as one of the elite offensive skill players in this class and to some, one of the best prospects entirely. After his pro day with measurable of 6’6 and 246 pounds, Pitts drew comparisons to Calvin Johnson by some. Pitts is an uber-athletic pass catcher who can be an x-factor in any offense. Pitts ran a 4.44 40 yard dash at his pro day, fifth best ever by a tight end. The best time recorded is 4.42 by Evan Engram. Other freakish measurable included his wingspan which is the longest ever at the position as well.

Not only does he have the tools to be elite he’s proved it. At Florida, the offense essentially ran through him. In eight games last year versus SEC competition, Pitts totaled 770 yards on 43 receptions with no drops and scored 12 touchdowns.

Calling Pitts a tight end is a bit misleading. He can do it all. He is too fast for a linebacker and too big for defensive backs. He can run any route, win 50/50 balls, and has shown improvement in blocking last year.

Adding Pitts to an offense with McCaffery, DJ Moore, and speedster Robbie Anderson will help Darnold greatly. Offensive coordinator Joe Brady will be able to scheme up plays to score and move the ball downfield with talented guys in the offense.

If the Panthers are unable to draft Pitts their next positions of need would be offensive tackle and cornerback.

This is a relatively talented class for offensive tackle but Sewell has been touted as the best in the class. The 6’6 330 pounder from Oregon opted out of the 2020 season but was a first-team All-American in 2019 and took home plenty of hardware for his dominating season.

Sewell is a great athlete whose blocks pop on tape. The edge setting ability Sewell brings will allow runs to get the tough yards outside and sets the edge for game breaking runs to go the distance.

The Panthers offensive line isn’t very good. Darnold has struggled behind a bad offensive line his whole career and it would be smart to grab a player who can protect the quarterback and be trusted on an island to get the job done. Cam Erving is the projected starter at left tackle for the Panthers and the former Browns first rounder hasn’t played up to expectations. The interior linemen also struggled a lot last year leaving the Panthers with a need at offensive line.

Although having an all world running back and other playmakers would be ideal if you cannot protect the quarterback and block in the run game the offense does nothing. Referencing the most recent super bowl will show the importance of offensive line play.

Sewell is a highly regarded prospect. He can likely be picked well ahead of Carolina but if he falls, the Panthers would be wise to attack a need and get a potential future all pro.

The Northwestern product is measured to be 6’4 and 304 pounds. He too opted out of the 2020 season but was a three year starter and is regarded as another great offensive line talent.

In his three years at Northwestern, Slater played both left and right tackle. Scouted as a blocker who can make impact blocks in the second level with great athleticism, strength, and speed. Slater has put competitive reps on tape against Chase Young in college that has impressed scouts. This competition will be what he sees on a snap to snap basis and good impressions from 2019 are a strong block to build upon.

Horn played seven games in 2020 and was voted second-team all-SEC. The 6’1 205 pounder from South Carolina is possibly the best cornerback in the draft. Horn has NFL pedigree. The son of former Saints wide receiver Joe Horn.

Horn had a very impressive pro day that allowed him to jump up as the best corner to some. He was clocked at a 4.39 40 yard dash and 41.5 vertical. Horns measurable showed on top this year too. He played quite well against the talented players at Florida as well as shut down Seth Williams in the Auburn game. Evaluators like the edge Horn plays with and how he competes in coverage.

The Panthers need for a corner is quite high. Donta Jackson is the best player rostered. Eli Apple missed time with hamstring issues and other guys were forced to step up. Corn Elder and Rasul Douglas were forced to play a lot in the 2020 season while other young players developed.

The Panthers are building a young defense. The front seven played well at times but with an improved secondary the defense can take that next jump and Horn is a player with the potential to contribute strong play.

Another son of a former NFL player, Surtain II is a well-regarded prospect. At 6’2, 203 pounds Surtain II took home the 2020 SEC Defensive Player of the Year Award. Surtain II is a big playmaking corner that lacks elite speed. He is a top pick in this draft and a player who can be the most productive defender in this class.

Surtain II held matchups to under 25 total yards in 10 of his 13 games. Surtain II plays well in press coverage and use his leverage to jam receivers. He also has good ball skills and the length to break up passes.

Again, the Panthers need at corner is evident and Surtain II to some is the best corner in the draft. If the lack of speed doesn’t scare the Panthers off he is a target that could very well be picked at eighth overall.

If all these players were available to the Panthers at their selection I would choose Pitts. Following Pitts, I would rank the players based on need and fit for the team as Sewell, Horn, Surtain II, and Slater.

I think protecting Darnold is a huge priority but there is depth in this class. I like both corners a lot in this draft and think they might both be picked in the top 15. I think Horn may be the better player and fit for the Panthers but getting Surtain II would be a thrill for all involved.

NFL 2021: Arizona Cardinals 7-Round Mock Draft
Looking at the Coming Years: 5 Rookies That Have the Chance to Become All Pro
wpDiscuz
0
0
Would love your thoughts, please comment.x
()
x
| Reply