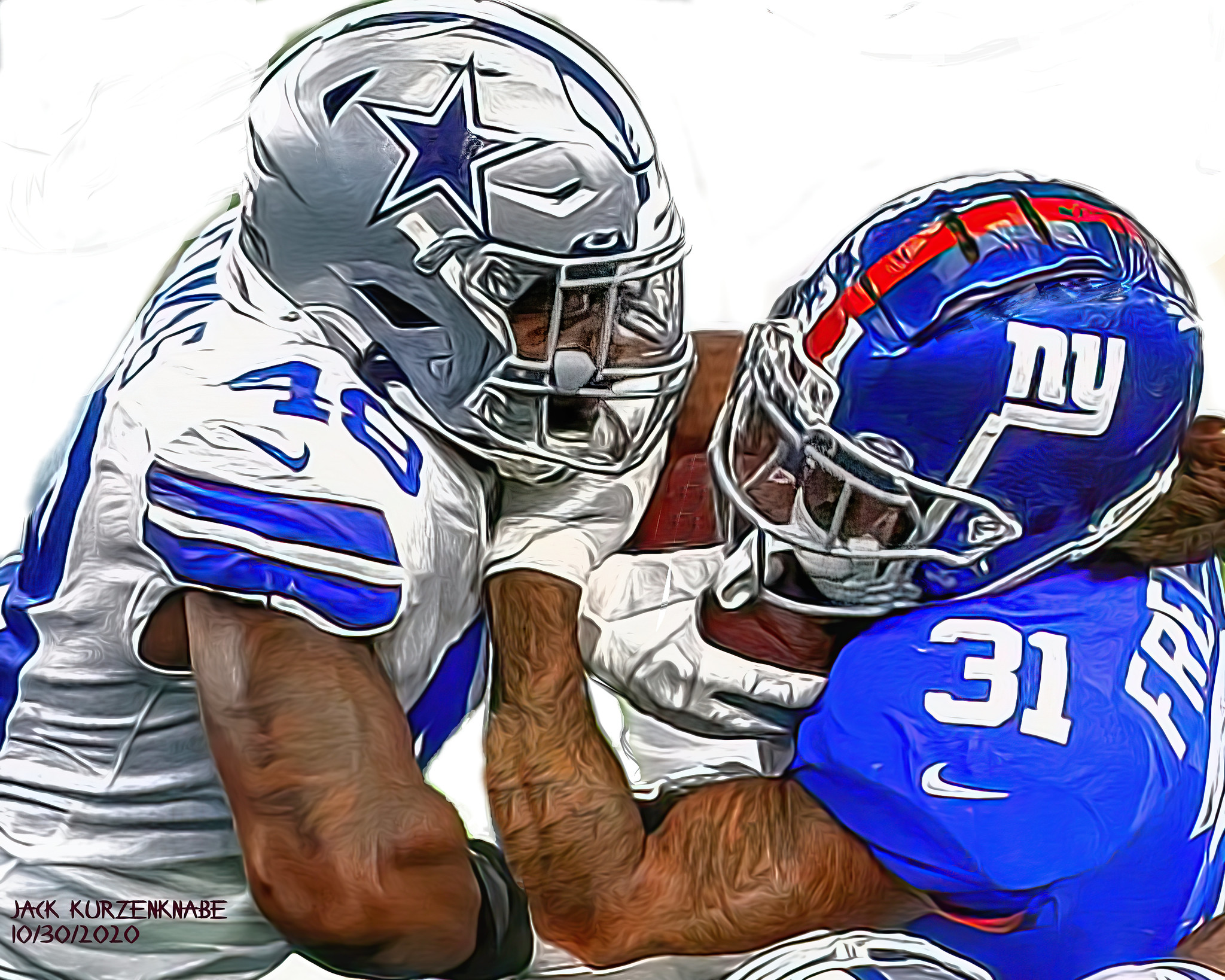 I’m joining in on the NFL Mock Draft thing. Using PFF’s Mock Draft Simulator I wanted to see what my New York Giants will be looking at come April 29th when the 2021 NFL Draft kicks off.

With picks 11, 42, and 76 the Giants could come away with some serious talent on both sides of the ball.  But so much of what the Giants do in this draft depends on what happens in the 10 picks leading up to the Giants 1st round pick at 11th overall.

There’s a real possibility that multiple teams will trade into the top 10. There’s also a chance that the Giants could — for the first time under GM Dave Gettleman — actually trade back and acquire more draft capital.  I don’t see it happening because, “Dave Gettleman.” But still… there’s a chance.

With so much up in the air it’s very difficult to tell exactly who will be available when the Giants pick. For the sake of my sanity and the length of this article, I decided to view the draft as if no draft day trades will occur.

In this scenario – as in most scenarios – the Giants are going to be able to get some high-upside talent in this draft.  Starting right off the bat in round 1.

If there’s one thing that Dave Gettleman and I agree on is that the game is won and lost in the trenches. Under first year DC Patrick Graham the Giants defense was a top 10 unit last season.  And despite the loss of DT Dalvin Tomlinson I’d say they have improved their defense this offseason via free agency and the return of some key players from injury.

But on the other side of the ball Dave Gettleman’s “hog-molly” offensive line is still a work in progress.

If the Giants stay at 11 or trade down I think the best move is to add to their OL depth.  Whether it’s Penei Sewell or Rashawn Slater at 11 or even someone like Christian Darrisaw or Alijah Vera-Tucker later on in Round 1 (should they decide to trade down) they should not leave Round 1 without further bolstering their offensive line depth.

I get that there is some temptation to take Kyle Pitts or a stud wide receiver should they fall to the Giants.  Yes, the offense needs playmakers, but what good is having playmakers if your quarterback doesn’t have time to get them the ball?

Drafting an offensive lineman this year will not only help the team immediately, but could bring stability to the line for years to come.  This would allow the Giants to have the depth and continuity that is indicative of the most successful offensive lines in the NFL.

If the Giants decide they do want more offensive playmakers, a good place to look would be a talented slot receiver like Moore in Round 2.

Don’t let his size fool you (5’9 185 lbs).  Moore is a beast of a receiver who runs solid routes, has great hands, and is tough as nails.

Sterling Sheppard could be gone after this season, so adding a legit slot weapon for life after “Shep” would be a smart move.

Also, I must add, the last time the Giants drafted a guy named Eli from Ole Miss it worked out pretty well for them.  Just sayin’.

On paper the Giants have one of the best secondaries in the league.  Two solid outside corners, three talented safeties, a great CB/S hybrid in Logan Ryan, and Darnay Holmes looked like a promising slot CB in his rookie year.  But adding Molden would be the cherry on top.

Elijah Molden has arguably been the best slot corner in college football for the past two seasons.  He’s a great cover out of the slot, has incredible fluidity in his hips, covers vertical routes with the best of them, and he’s a well above average tackler.

Bringing him into the fold would be a big boon to Patrick Graham’s defense. In a division with some serious slot receiver talent, having a player like Molden could be the piece that makes the Giants a truly elite defense.

One thing I have not understood about the structure of this roster is that the entire Giants offense has been built around Saquon Barkley. And don’t get me wrong, that’s a good thing. In my opinion, he is the best running back in the league.

But last year when Barkley went down with a season ending injury in Week 2, the Giants turned to free-agent off-the-street pick ups like Devonta freeman and Alfred Morris.  The offense bottomed out immediately.

Why the heck would you build an entire offense around the running back position, but not make sure there is an adequate back-up behind him so the offense can still function if he gets hurt?

This is the kind of stuff that makes fans like myself go insane when it comes to Dave Gettleman.

I couldn’t believe that we went from Hall of Fame level talent Saquon Barkley to 32 year-old Alford Morris in a matter of weeks. How are you supposed to adequately evaluate your young quarterback when your offense is built in such a way?

Anyway, I’m ranting because I want the Giants to draft a rookie running back to help spell Barkley throughout the season, but also to make sure the Giants offense doesn’t fall apart when Barkley isn’t on the field.

Let’s hope Gettleman makes up for his past transgressions in this draft and that we Giants’ fans actually get to watch a winning team in the years ahead.

This draft is make or break for the G-Men.  Hopefully the Giants will be drafting much later in the first round in 2022 and beyond.