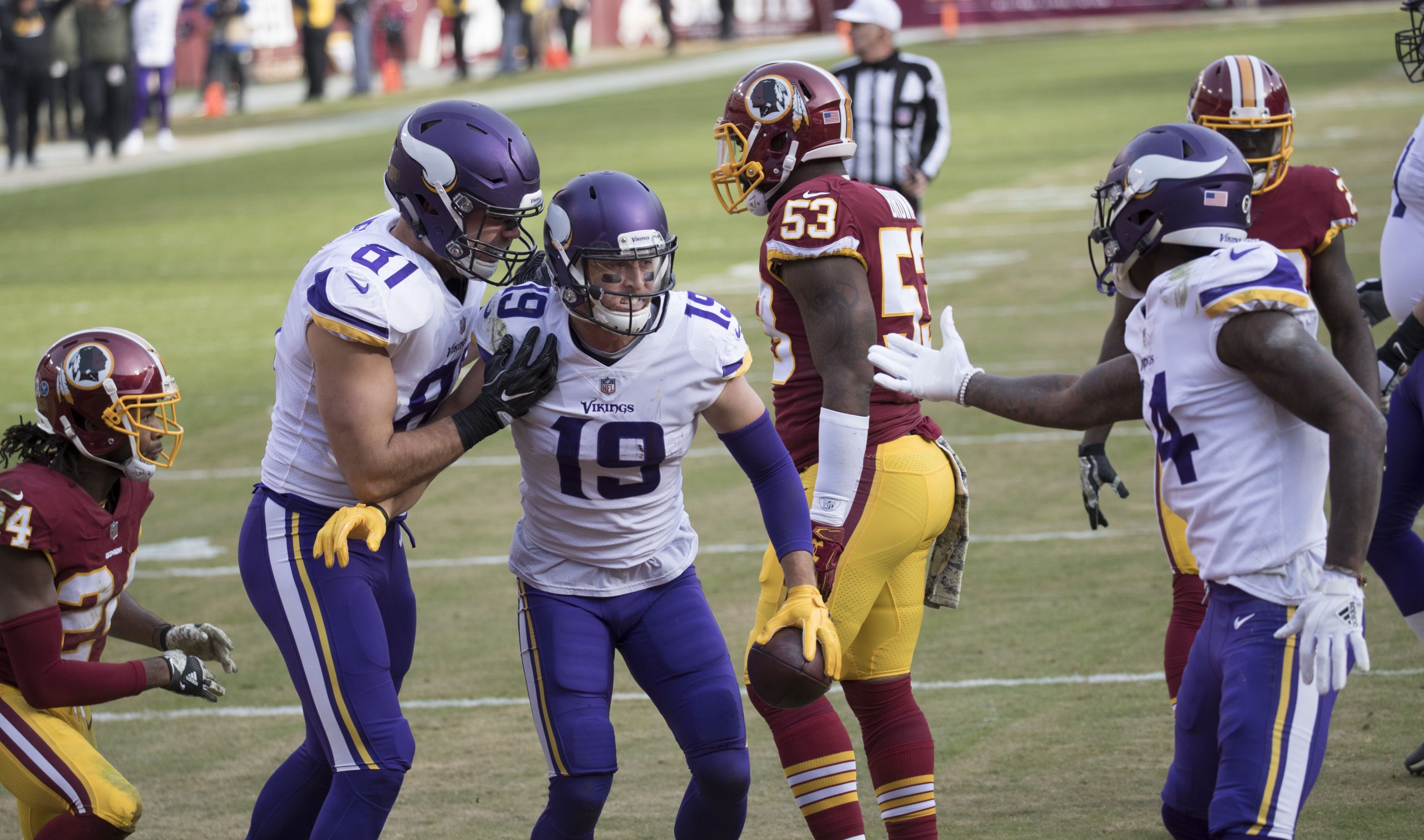 The Minnesota Vikings have assembled arguably the top wide receiver duo in the NFL. First-year receiver Justin Jefferson was voted to a pro bowl in his rookie season and nine-year veteran Adam Theilen had maybe the best season of his career. The duo combined for 21 touchdowns on 162 receptions and also finished with 2,325 receiving yards. They were a lone bright spot for a Vikings team that went 7-9 and finished third in their division. Let’s take a look at this duo and how they compare to some of the other top duos in the NFL.

Looking at other top duos

The duo out in Seattle is the next closest thing to what the Vikings have put together. The Seattle Seahawks have star wideout DK Metcalf and veteran Tyler Lockett. The difference in the two groups is strictly reliability. Metcalf was held to less than 60 yards in six games last season and didn’t break 30 yards in three games. Locket failed to reach 60 yards on eight occasions. The pair did compare with Theilen and Jefferson in terms of touchdowns though. Metcalf and Lockett combined for 20 touchdowns, only one less than the Vikings duo.

The Los Angeles Rams duo of Robert Woods and Cooper Kupp has also proven to be valid. Both receivers had 90-catch seasons and had over 900 yards receiving. The difference in this duo is that they don’t reach the endzone like other top duos do. The pair only reached the end zone nine times.

What Sets these Two Apart

These two have proven to be consistent in their one season together. The two players are at different points in their career and utilize different skill sets but are still able to work together on the field. Both players are able to seamlessly transition from the slot to the outside and can make plays from anywhere on the field.

Theilens route running is top tier and sets him apart from other receivers. He is regarded as one of the best route runners in the NFL.

His ability to consistently get open has helped the Vikings elevate their offensive game. After an injury-riddled 2019 season, many thought that he wouldn’t be able to bounce back to how he once was. The addition of Jefferson certainly helped Thielen ease back into his game.

Jefferson was electric during his rookie season, having one of the greatest seasons of any first-year player ever. Nearly every week, he proved that he was deserving of the hype that he was getting. He surpassed 100 receiving yards in seven games and while never once reaching double digits in receptions.

Combination of Youth and Age

When looking at these two players, you also have to take into account their age. Jefferson hasn’t even turned 22 years old yet while Theilen is 30 years old. Theilen is able to still provide veteran leadership to Jefferson and help him to continue to elevate his game.

The Vikings can solidify this duo as the top in the NFL if they can continue to build on what they have already done. Much of this will come down to veteran quarterback Kirk Cousins. If Cousins can play at the level that he has, thisa duo should maintain what they have going right now. The trajectory is pointing up and they should continue to be the top duo in the NFL.

What a Nick Bosa return means for the 49ers defense
Projecting the success for the Eagles WR duo
wpDiscuz
0
0
Would love your thoughts, please comment.x
()
x
| Reply