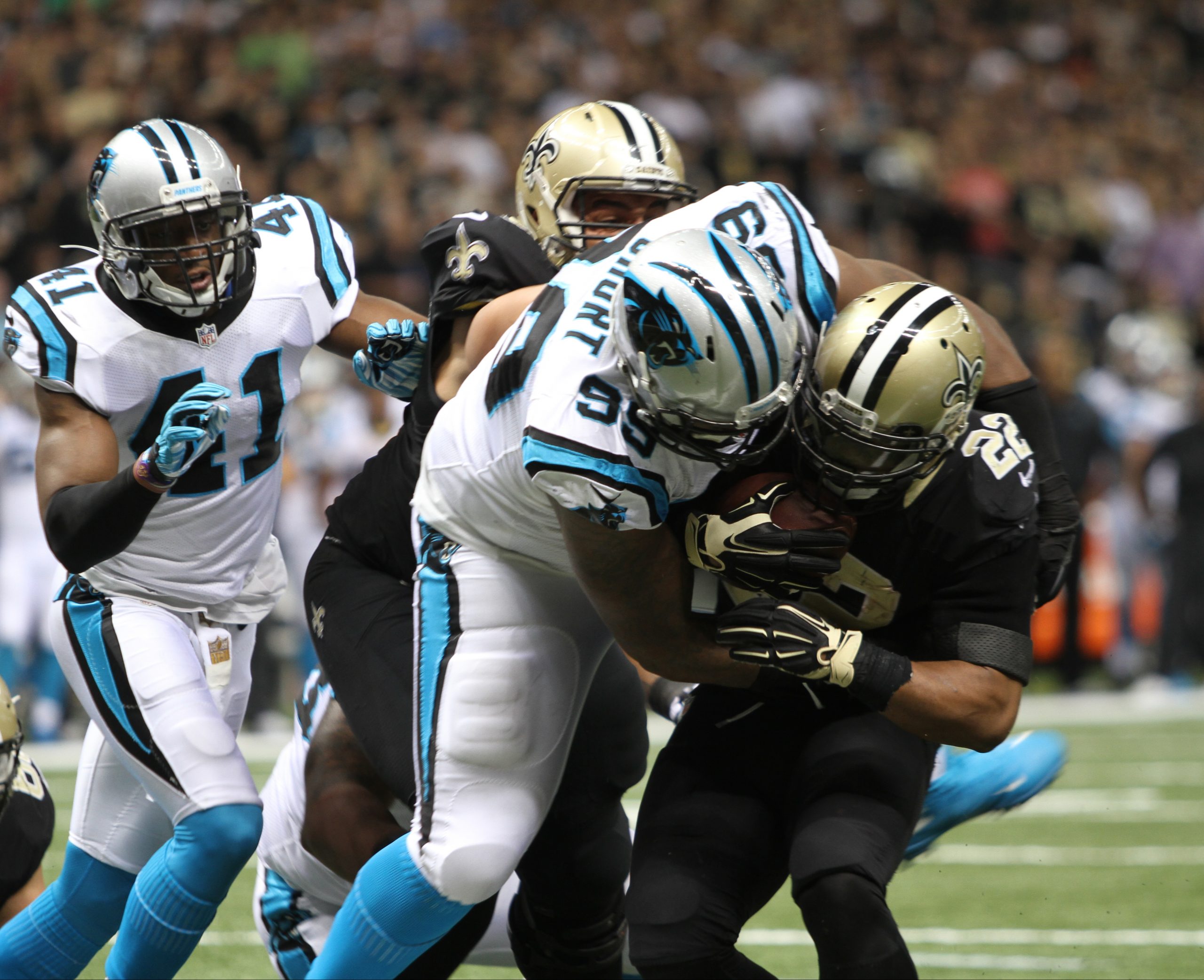 Kawann Short has battled injuries throughout the past two seasons, only playing in five games in the last two years combined, but if he is healthy he would be a great addition to the Saints. He would be a cheap option for them to look at, and he could come in and be a key rotational player if he can stay healthy.

Health is a big question mark for Short at this point in his career, but they could sign him to a non-guaranteed contract, and it could pay off big if he remains healthy. He would provide much needed depth with his ability to stop the run and rush the passer.

In 2015, Short made a name for himself, earning his first Pro Bowl nod, and became an every down starter for the Carolina Panthers. He was a one of the most dominant forces on the defensive line in the NFL, while totaling 11 sacks, 16 tackles for loss, three forced fumbles and 18 QB hits, all career highs.

2018 was the last season where Short looked dominant, where he earned his second Pro Bowl nod, but totaled only three sacks, 12 tackles for loss and seven QB hits. Short still had a productive season and had to overcome lots of double and triple teams. Ever since that season, Short has struggled to stay on the field, but it is possible a new team and training staff could be just what Short needs to rejuvenate his career.

Short is skilled at stuffing the run and getting to the quarterback, and even though he has battled injuries the last two years, he would provide a veteran presence for the Saints. He would not be expected to be an every down lineman, and would be a great backup for Malcolm Roach and David Onyemata.

Adding depth to the front seven is never a bad idea, and if the contract was non-guaranteed there is essentially no risk for the Saints to bring him in. Short has recovered from the shoulder injuries that have kept him sidelined the last two seasons, and he appears to be drawing interest from numerous teams.

Once injuries begin for teams across the league, Short will not be a free agent for much longer. With OTAs under way, injuries are inevitable for every team, which means the Saints need to be proactive in signing Short before another team does.

Reflection on Paul Brown: the first Cleveland Brown
Why Brett Favre was such a Special Player
wpDiscuz
0
0
Would love your thoughts, please comment.x
()
x
| Reply