Five NFL Teams Due For Regression in 2021 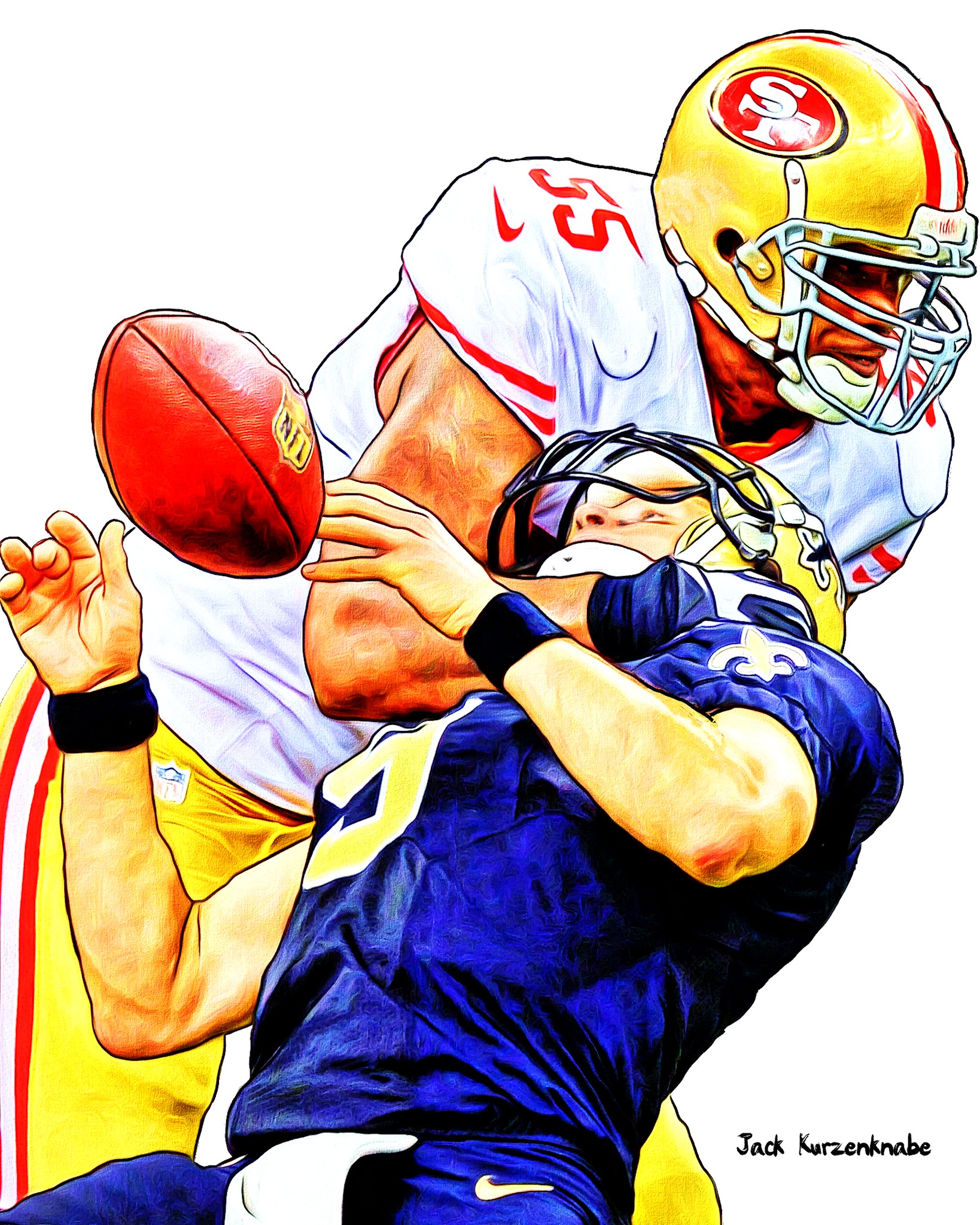 The New Orleans Saints will be worse in 2021

The 2021 NFL season is quickly approaching, and as usual, there are lots of storylines about how teams are expected to do next year. Most NFL fans have hope that their favorite team will perform well (or at least better) this year, but the obvious reality is that some teams will not live up to their hopes. Other teams that were good last year will see a decrease in performance as well. Below are the five teams due for the most regression this year.

The Saints are an obvious pick for regression this year, as, for the first time since 2005, New Orleans has major uncertainty about who deserves the starting quarterback role. The competition will be between gunslinger Jameis Winston and dual-threat Taysom Hill, but whoever wins will never be able to fill the massive void left when Brees retired after the 2020 season.

The Saints’ last four season records of 11-5, 13-3, 13-3, and 12-4 will likely not be matched without Brees in 2021. The recent news surrounding star WR Michael Thomas likely means that he will be out until at least mid-October, a heavy blow to an offense that desperately will need someone to step up this year. New Orleans’ defense is largely the same heading into this season, but if the offense can’t be productive, they’ll have trouble winning games, and this team will be hard-pressed to repeat a 12-4 record in 2021.

Las Vegas could be destined for a top-five pick in next year’s NFL draft after an atrocious offseason that led to many questioning the job security of prominent front-office executives. The losses of center Rodney Hudson and right guard Gabe Jackson were huge blows to this offensive line, and the Raiders’ offseason little to address the issue, other than their first-round selection of offensive tackle Alex Leatherwood, which was considered by many to be a reach.

The signing of RB Kenyan Drake was also mind-boggling, as the Raiders essentially gave Drake $7.25 million a year to back up Josh Jacobs at a position, running back, that teams statistically shouldn’t pay a premium for in free agency and the draft. The signings of Yannick Ngakoue and Casey Heyward could push true rock bottom further down the road for this team, but they also didn’t make much sense for a squad that needs a total overhaul and rebuild. QB Derek Carr still likely won’t be consistent enough to lead this team on a playoff run, and the wide receiving corps doesn’t help matters, as Carr still doesn’t have a true #1 option in this offense. The additional star power is a plus, but it won’t be able to fully mask the dysfunction on the defense, which is still thin at most positions. Overall, the Raiders appear to have nowhere to go but down in 2021, and because the Chiefs, Chargers, and Broncos all made impactful improvements, they could easily be headed for last place in the AFC West.

The Seahawks should still have plenty of offensive firepower in 2021, but this regression pick is mainly due to the competition they’ll face in the NFC West. All three teams in the division are trending upward, which isn’t a good sign for Seattle’s hopes of continued divisional dominance.

The Los Angeles Rams, who were 10-6 last year, have elevated themselves to borderline Super Bowl contender status with the addition of veteran QB Matthew Stafford. Stafford will fill a void at the Rams’ biggest position of need, and with an elite defense and plenty of offensive weapons, they’ll have a shot at a deep playoff push in 2021. The Arizona Cardinals signed J.J. Watt to join Chandler Jones in a fearsome pass-rushing duo, and Kyler Murray will be back healthy and ready to lead a high-powered offense, one that was bolstered by the selection of speedy WR Rondale Moore in Round 2 of the draft. The 49ers finished last in the division in 2020 with a record of 6-10, but they dealt with a slew of injuries last year, and this defense, if healthy, could return to the levels of the one they had during their 2019 Super Bowl run. Overall, Seattle will be facing some tough competition in 2021, and you can say what you will about their talent, but it’ll be difficult to go 12-4 again in what is arguably now the toughest division in the NFL.

Pittsburgh could still be a very solid team in 2021, but they aren’t likely to live up to their 2020 performance simply because they lost four out of their final five games after an 11-0 start to the year. Ben Roethlisberger is now 39 years old, and he is becoming less and less willing to push the ball downfield on deep throws, posting the quickest average snap-to-throw time among qualifying QBs last year (2.3 seconds).

The Steelers also incurred major losses from the offensive line (Maurkice Pouncey, Alejandro Villanueva, David DeCastro) and linebacking corps (Vince Williams, Bud Dupree), and while they did make some effort to patch up those areas, the depth for them just isn’t the same as it was last year. The addition of RB Najee Harris from the draft should help boost the offense as a whole, but overall, this team doesn’t feel complete enough to post another elite season. Pittsburgh should still be in the playoff hunt in 2021, but this year’s record should more closely resemble the ones of 2019 (8-8) and 2018 (9-6-1) than that of last year.

The Packers could very well perform at the same level that they did in 2020, but this pick just comes down to the fact that I don’t expect QB Aaron Rodgers to play a full season – or at all – this year. According to Adam Schefter, Rodgers declined a two-year extension this offseason that would’ve made him the highest-paid player in football. The contract, which would’ve carried north of $45 million in annual value, is an insane offer to turn down, which is why the player/team relationship appears fractured beyond repair.

The Packers will return most of their full lineup in 2021, as superstar center Corey Linsley was their only major loss in free agency this offseason. The selections of CB Eric Stokes and WR Amari Rodgers will only bolster a team that already has a strong roster all around. However, despite the supporting cast, this team will not be able to have success on the same level without Rodgers. QB Jordan Love is clearly not ready to take over the starting role despite the first-round capital used on him in 2020, and that fact was emphasized by the gigantic offer that Green Bay extended to Rodgers. It’s possible that if this team doesn’t have competent quarterback play, it could still potentially have some success. However, if Rodgers holds out or is traded, it removes any chance for the Packers to be a Super Bowl contender, which is a clear step down from their status in recent years.

Why Kyle Pitts can be the first TE in NFL history to win OROY
Why the Patriots defense will return to being elite in 2021
wpDiscuz
0
0
Would love your thoughts, please comment.x
()
x
| Reply