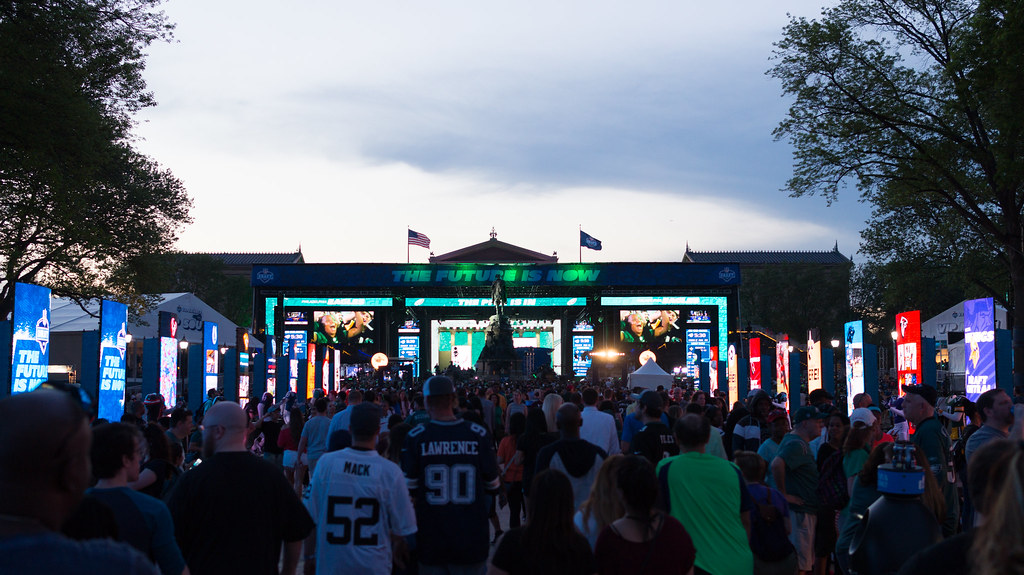 Nevada quarterback Carson Strong has officially declared for the 2022 NFL draft. A big-armed pocket passer from the Mountain West, Strong presents an intriguing option in an otherwise disappointing quarterback class. With the biggest red flag being knee concerns, Strong will certainly have to answer plenty of questions during the pre-draft process.

What does he do well?

Strong has an absolute rocket attached to that right shoulder of his. He stands tall in the pocket and delivers missiles time and time again for Nevada. Strong has undoubtedly the most powerful arm in the class, with the ability to throw the deep ball and fire balls with velocity into tight windows. Strong also does plenty of work pre snap, which is not something that many of the quarterbacks in the class can say. Arm strength, pocket presence and pre snap prowess make Carson Strong a candidate to be the first quarterback off the board in April.

What are the concerns?

The biggest concern with Strong is his knee. Strong missed his entire senior season in high school thanks to a serious knee injury. Strong then had two more surgeries before the 2021 season. Medical checkups at the combine will be huge for Strong. A red flag with medicals could push him down the board in a class where so many of the quarterbacks are grouped tightly together as a result of no clear number one.

The other concern with Strong is a lack of athleticism. His pocket presence stops him from being a statue in the pocket, but the new age of football is demanding quarterbacks to do more unfortunately. Offensive line play is getting worse, and pocket passers are becoming a thing of the past. Had this been five years ago, Strong would be the first quarterback taken in this class without question. Athleticism heavily favors the other quarterbacks in the class like Matt Corral, Malik Willis, and Kenny Pickett.

Overall, Carson Strong is a solid quarterback prospect. In last year’s class, he may have been a day two pick, but that is not the world we currently live in. The 2022 quarterback class may be the worst we have seen since 2013. While there still are plenty that go in the first round, there is no Trevor Lawrence or Justin Fields in this class. Zach Wilson would be undoubtedly the best at this position in this class. A good pre draft process and medical checkup will go a long way in helping Strong solidify himself as QB1.

Dynasty: the Year Of The Forgotten Running Back
Top 3 Fantasy Bust Franchises