Wide Receivers the Cleveland Browns should target this offseason 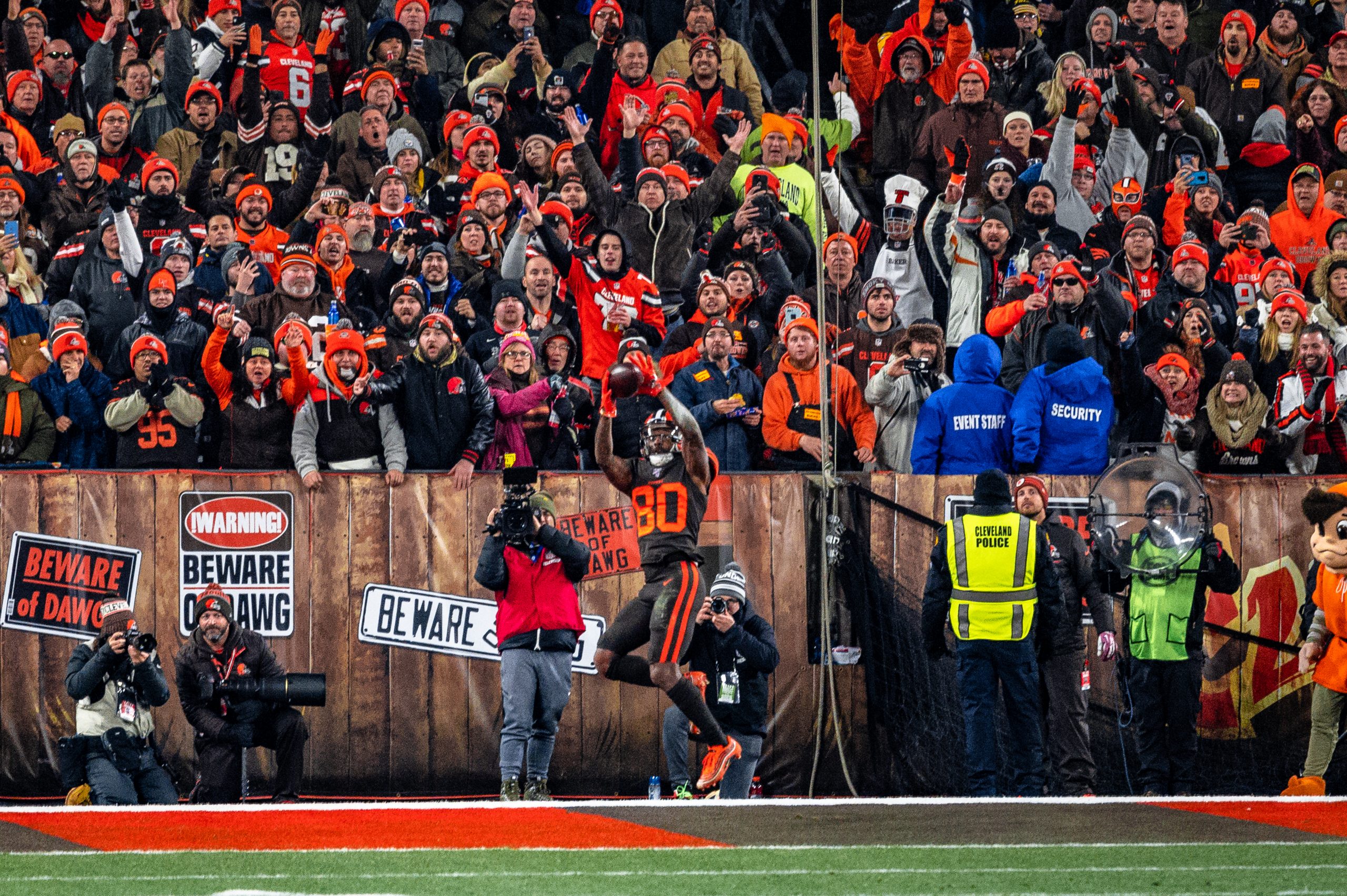 The Browns WR wishlist in 2022

It is no secret that the Browns struggled on offense during the 2021 season. The quarterback play was the reason for some of this, and the other main reason was the lack of explosiveness at the wide receiver position. Odell Beckham Jr forced his way out in the middle of the season. Jarvis Landry missed several games due to injury and never quite looked explosive. He has always been better as a slot receiver than a number one. Donovan Peoples-Jones had some big plays and did take a step forward, but he still isn’t ready to be a game-changing option. Rashard Higgins was a non factor and will most likely be on another team in 2022, and Anthony Schwartz proved to still need a lot of development. Overall, there are more questions than answers at the receiver position. The good news is that this is a good off-season to have problems in that area because there are several free agents and players in the draft that could change it all for the Browns. Let’s take a look at two players in the draft and two players in free agency that Andrew Berry needs to consider going after.

Cleveland picks at 13, and there should be a few good options there. One of the best ones is Drake London out of USC. He hauled in 88 catches for 1,084 yards and 7 touchdowns in 2021. One of the most appealing things about London is his size. Standing tall at 6’5″ and 210 pounds, he could be a mismatch for NFL cornerbacks. He has strong hands, good route running skills, and is a big play threat. The Browns desperately need a player like that.

If the Browns decided not to go with Drake London, Garrett Wilson would be another great option if he is still available. Perhaps a more sure thing than London, Wilson comes from Ohio State where WR coach Brian Hartline has a great reputation coaching up playmakers for the NFL level. Wilson had 70 catches for 1,058 yards and 12 touchdowns in the 2021 season. Standing at 6′ tall and 192 pounds, Wilson lacks the size London has, but he makes up for it with his quickness and yards-after-catch ability. His burst off the line and hands are fantastic and that should make his transition to the pro level easier. The biggest downsides with Wilson are the inconsistencies at his route running and his struggles against press coverage. Those issues are able to be fixed with coaching and experience, though. Andrew Berry will have a tough decision to make if Drake London and Garrett Wilson are both on the board at 13, but you can’t really go wrong with either of them.

For the record, the likelihood of receivers such as Davante Adams and Chris Godwin coming to Cleveland is extremely low. So let’s just pretend they’re not even free agents. This brings us to a fantastic option in Mike Williams. Coming off his second 1,000 yard season of his career, Williams can bring playmaking ability and a big bodied frame to an otherwise small Cleveland receiver room. The downside is that traditionally, spending big money on a free agent wide receiver in today’s NFL rarely works out. Williams would demand a contract at $16-17$ million a year. That is a pretty hefty price, so it’ll come down to how much money Andrew Berry wants to spend.

If Andrew Berry wants to go a slightly cheaper route while still getting a good receiver, DJ Chark Jr might be the way to go. He is another tall receiver, standing at 6″4″, and possess the ability to make contested catches. He didn’t see much action in 2021, but in 2020 he caught 53 passes for 706 cards and 5 touchdowns. There have been plenty of flashes, so signing him to a cheap, short term deal could be a good idea. He could be signed for anywhere from $10 million a year to $13 million, but I wouldn’t put it past Andrew Berry to get him for even cheaper.