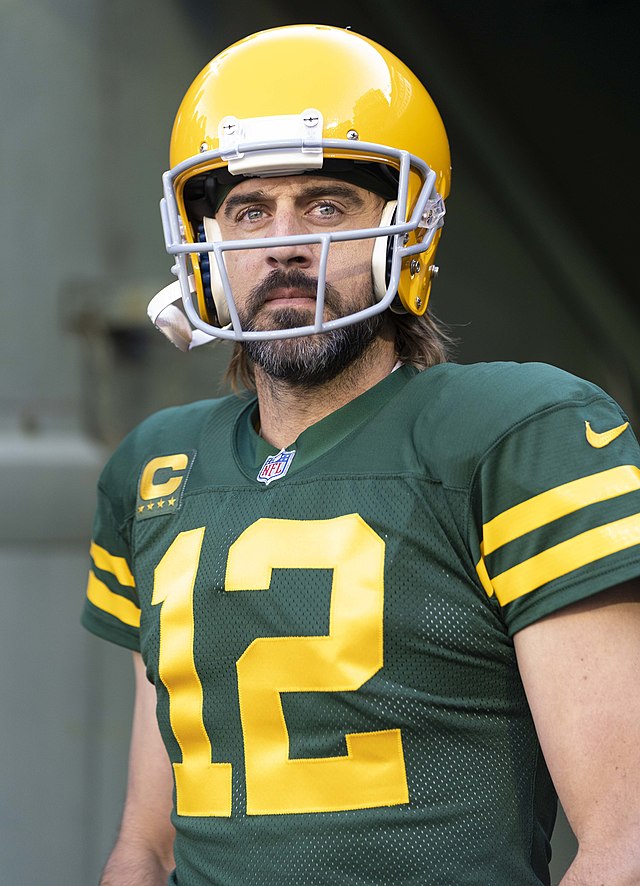 The 2021 NFL season is almost over. We now know the Super Bowl 56 matchup as the Cincinnati Bengals take on the Los Angeles Rams in L.A.

This is one of the more refreshing quarterback matchups in recent Super Bowl history, with neither the Bengals’ Joe Burrow or the Rams’ Matthew Stafford having won a Super Bowl. In fact the Bengals have never won it and the Rams have only done so once.

NFL fans who have gotten so used to seeing the newly retired Tom Brady in the game and the frustration of seeing the Kansas City Chiefs in the AFC Championship game every season, this offers fans a nice changeup and one that guarantees someone to win their first ring.

It has been one of the best NFL seasons in recent memory. From the brilliant Week 18 overtime clash between the Los Angeles Chargers and Las Vegas Raiders to the game of the year between the Buffalo Bills and Chiefs, it has been a campaign for the ages. Here at Pro Football Mania, a few of us have decided to give you our end of season awards.

The Bucs claimed a massive victory in overtime. The Bills won the coin toss, but the Bucs defense forced a punt and awarded Brady a chance to lead his team down the field. On 3rd and 1, Leonard Fournette picked up the first down by inches. After that play, Mike Evans drew a pass interference call near midfield. It seemed like the game would be over at that point. The Bucs dink and dunked into good field goal range and the Bucs kicked a field goal to win in overtime.

I’m not sure if enough fans know that the Baltimore Ravens and NOT the Cleveland Browns were the last team in the AFC North last year. The Ravens took a sad step back in 2021 after reaching the playoffs in 2020. The golden opponent for the Kansas City Chiefs was once the Baltimore Ravens and now it seems clear that it’s the Cincinnati Bengals or Buffalo Bills.

The 8-9 squad has turned a blind eye to the aid of Lamar Jackson in the passing game. If Aaron Rodgers threatens a vacation to Hawaii with the help he’s given at wide receiver, Lamar Jackson should contemplate backpacking Europe for the talent he’s supplied at the WR position. The 25-year-old Jackson is slowly fading away from the cream of the crop QB position and Jon Harbaugh needs to figure out how he can help Jackson and the Ravens before his clout for winning Super Bowl XLVII dies off.

Aaron Rodgers needs to be the MVP favorite after his 2021 performance. Rodgers may have thrown for fewer touchdowns and yards than Tom Brady, but he was more efficient and more impressive in big moments than the Buccaneers seven-time Super Bowl champion. Sports Illustrated nicely noted how Rodgers would have thrown for more touchdowns and passing yards if he had the same passing attempts as TB12. The Packers and Buccaneers both accumulated a 13-4 record, but the two QBs don’t share the same record as starting QBs in 2021. Rodgers only lost two games as a starting QB, while Brady lost four games as a starting QB. The Buccaneers ageless QB was also shut out against the Taysom Hill-led New Orleans Saints on December 19th.

A huge honorable mention goes to Indianapolis Colts running back Jonathan Taylor. He had an excellent season, with 1,811 yards and 18 touchdowns. However, Kupp has been pivotal in the Rams’ run to the Super Bowl. Someone who was dearly missed in their Super Bowl 53 loss to the New England Patriots, he caught for 1,947 yards and 16 touchdowns in the regular season as well as 386 yards and four touchdowns in the postseason. He is also an MVP candidate and he has been a key part in the Rams’ season. The MVP is a QB’s award, which is worth noting.

It’s time for J.J. Watt’s little bro to claim his prolific glory and carve a fine path for Canton. Watt should be the clear winner for the 2020 Defensive Player of The Year. Watt was barely edged out by Aaron Donald in 2020, but he made sure that didn’t happen to him in 2021.

Watt tied Michael Strahan’s sack record (22.5 sacks) in 15 games, which might surprise people. He also had five forced fumbles and he was a fierce run-stopper routinely. I don’t think there’s a close competitor for the 2021 DPOY award. The Cowboys rookie Micah Parsons was a menace against the run and pass, but he wasn’t playing on a historic level. Expect the Watt brother who plays defense for the Steelers to win a DPOY trophy next weekend.

When the Bengals took Chase fifth overall in the 2021 NFL Draft, many felt that they should have gone down the offensive line route, notably Penei Sewell. However, this season has proved that Chase was absolutely the right pick. The offensive line is definitely a position they need to upgrade in the offseason but they have reached the Super Bowl in Chase’s first season whilst he also broke records for most yards in a rookie campaign. Chase is a special football player and he is the clear favorite to win OROY.

Mac Jones and Jaylen Waddle performed excellently but Chase has been on a different level. He has been one of the best wide receivers in the league, rookie or not.

The defensive rookie of the year in our award predictions is Micah Parsons, to essentially no ones surprise.  The heavy odds on favorite at -10000 from the Dallas Cowboys is as clear cut as it gets for awards, after a phenomenal rookie season overall.  The rookie linebacker out of Penn State had one of the most impressive defensive rookie seasons in recent memory and was an absolute force on the Dallas defense.  After being drafted to be a true linebacker at the time, Parsons proved his utility as an edge was also extremely effective, racking up a huge sack total of 13 on the season.  His stat line looked like the following:

All-pro first team & pro bowler when it comes down to it, Micah was far and away from the best rookie defender this season, despite strong performances from Patrick Surtain and Odafe Oweh.  If this success continues, Dallas could have a perennial pro bowl talent on their roster for years to come.

The best touchdown of the year is one that could be seen as a few different ones, three other plays in consideration were:

However, Deebo Samuel had an insanely impressive 83 yard touchdown against the Bears, which was the third-longest reception of the year, and second-longest receiving touchdown as well.  Overall this was just one of the most exhilarating plays to watch all season, from one of the more impressive players all season as well.  It seems easiest just to let the play do the talking.

This award came down to two players, and I am sure we all know who they are.  Deebo Samuel, WR of the 49ers, and Cordarrelle Patterson, RB/WR of the Atlanta Falcons.  While Cordarrelle Patterson was certainly a surprise and was a great player all season for Atlanta, Deebo just exceeded expectations a little bit more and was the catalyst to the 49ers deep playoff run this season.

Deebo had a total of 1405 receiving yards this season, averaging a league high 18.2 yards per catch and ended up with 6 receiving touchdowns.  On top of that, he also had 59 rushing attempts for 365 yards (6.2 YPA) and 8 touchdowns, making him one of the most lethal players from scrimmage all season.  For a receiver who only had 1193 receiving yards combined in his first two seasons, he really broke away this season and became a true top receiver in the NFL.

This award on our list is comeback player of the year, which came down to two players as well, and mostly was a grade on the word comeback more than anything.  The other option for this award is Joe Burrow, who obviously had a phenomenal season and has led his Bengals to the Super Bowl in 2021-2022.  However, this is not necessarily a “comeback” as he did not play in the NFL before the 2020-2021 season, so we did not really see it as a comeback but more a beginning.

Dak Prescott on the other hand continued to be one of the best QBs in the NFL, producing 4,449 passing yards, 37 touchdowns, 10 interceptions, on 68.8% completion percentage and a 104.2 quarterback rating.  Overall, an amazing season coming off what was one of the more gruesome injuries of the 2020-2021 season, and an awe-inspiring feel good story to go along with it.

The Bengals’ Zac Taylor and Green Bay’s Matt LaFleur deserve huge credit but Vrabel did something quite remarkable. The Titans head coach lost star running back Derrick Henry in Week 8 but still managed to win games and earn the number one seed in the

Vrabel managed to guide this team to the division and top seed despite injury after injury that saw them have the most players used in a single season.

You have to credit the job done by Vrabel, who may have guided Tennesee further had he had Henry fully healthy and a roster that hadn’t suffered injury after injury.

What’s Brandon Aiyuk’s Dynasty Outlook for 2022 and beyond?
Wide Receivers the Cleveland Browns should target this offseason