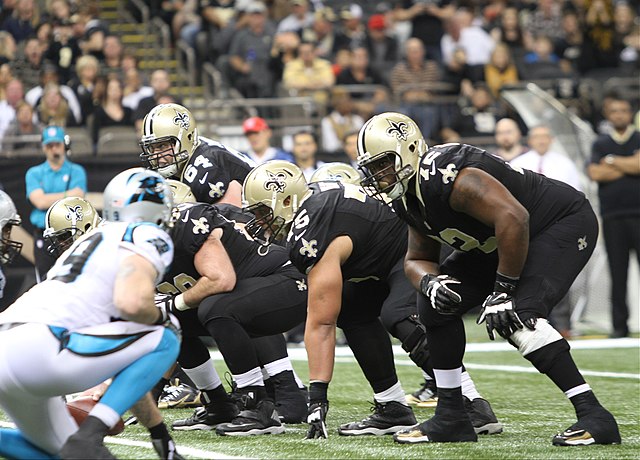 Are the Saints the best landing spot for Terron Armstead?

The New Orleans Saints selected Terron Armstead out of Arkansas- Pine Bluff in the third round of the 2013 NFL draft. The buzz revolving around Armstead in the 2013 offseason was his impressive 40 yard dash time. The under the radar offensive lineman prospect recorded a 4.71 40 yard dash time, which was the fastest 40-yard dash ever for a player weighing 305+ pounds at the draft.

The Saints rookie OT wasn’t a stud in year one, as he was notably bullied by Greg Hardy in his first debut. Nonetheless, Armstead blossomed into an NFL stud and elite offensive lineman for the Saints. He made three Pro Bowls with the Saints and Sean Payton also recognized Armstead for his impressive leadership.

Terron is a gifted athlete and player, but he does have one major downside: injuries. Armstead has missed 24 games over the past five seasons. The 30-year-old OT is a shiny, yet risky target for many teams in 2022. The question is: which team will ink Armstead? Well, here are most likely suitors for the Saints OT.

It may be sexy to note the combination of Armstead joining the AFC champions in the Cincinnati Bengals. Although, it’s far from a slam dunk that the Bengals will return to the Super Bowl with swagger. Per Sports Illustrated, over the first 50 Super Bowls, only seven teams that lost, return to the SB the next season.

The 9-8 Dolphins from last year may not be AFC favorites in 2022, but they are still an ascending team with a bright head coach in Mike McDaniel. Armstead could be fascinated by Tua, McDaniels, and the direction of the Dolphins.

The Dolphins also have the most cap space in the league, so I could see them making a bigger offer to Armstead than a team like the Bengals or Pittsburgh Steelers. Outside of money, I expect Armstead to be more intrigued by the location of the warm Miami area than any city not on the west coast or in Florida.

I expect Armstead and the Saints to have a strong mutual interest, despite the Saints being buried in cap hell. If the Saints really want a talented QB and another quality chance of being a playoff contender, they have to prioritize stout pass protection for a QB like Jameis Winston or Russell Wilson. I also expect the Saints to sign Winston than ink a deal with a more expensive QB like Wilson (which could open more money for a profile like Armstead). I trust that Mickey Loomis could walk make the Saints squeeze out an offer to keep Armstead, but I expect it to be a noticeably less lucrative proposal that a team like Miami or Cincy makes.

The Cincinnati Bengals may find it hard to return to AFC stardom with the motivated Kansas City Chiefs, healthy Tennessee Titans, and the Josh Allen-led Buffalo Bills. Still, they have sky-high potential and the fourth most cap space in the NFL. They also have many former Saints like Trey Hendrickson, Von Bell, and Eli Apple. They undoubtedly hold a fine combination of culture and money to attract Armstead, but I believe the familiar, talented Saints and the ascending, wealthy, and the tropical Dolphins have a leg up on the AFC North squad to sign Armstead.