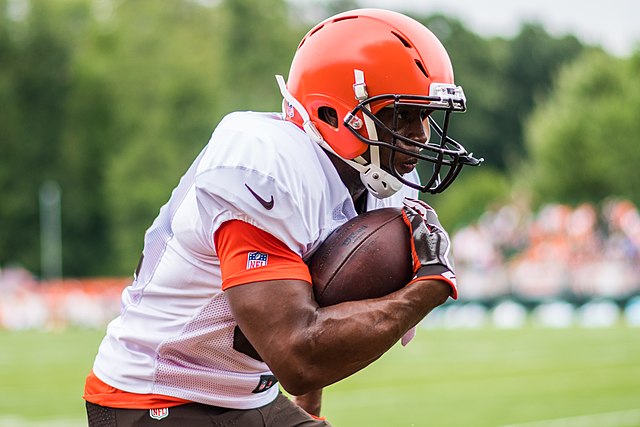 3 early offensive player of the year candidates in 2022

The NFL is a quarterback-driven league and the MVP award has become a quarterback award. Out of the last 15 MVP winners, 14 of them have been quarterbacks. However, offensive player of the year has become an award given to the best skill player. Four out of the last five winners have been non-quarterbacks, with three of them being running backs. With free agency winding down and the draft fast approaching, who are the three backs most likely to win the award.

I know. I know. He’s not technically a running back. Deebo Samuel was easily the most explosive player in the NFL in 2021. He is an elite receiver and became one of the most efficient runners in the NFL halfway through the season. With a full off-season to iron out what his role will exactly be, expect the 49ers to use him even more. Samuel is the early favorite to be the player who goes over 1,000 yards in both rushing and receiving. Samuel, one of the most unstoppable players in the sport, could see a more diverse role in the offense in 2022 with the addition of Trey Lance, a young quarterback whose athleticism brings a brand new dynamic to the San Francisco offense.

After missing a large portion of the 2021 season, Derrick Henry seems poised for a comeback season in 2022. While the Titans’ offense remains the same for the most part, Henry’s production is just something that is guaranteed at this point. Something that may help spring some more long runs is Robert Woods. Woods, one of the best blocking receivers in the NFL, was acquired from the Los Angeles Rams for just a sixth-round pick earlier this month. Improved blocking on the outside could result in more highlight-reel runs for Henry this season. Derrick Henry is always a safe bet in terms of running backs.

Nick Chubb is quietly one of the best players in the NFL. Chubb produces despite Cleveland having no deep threat to spread the defense out and lighten boxes. Also, Chubb has been splitting carries and catches with Kareem Hunt. Hunt has been involved in trade rumors since the last off-season and the Browns just added Amari Cooper to be what they hoped Odell Beckham Jr. would become. Deshaun Watson coming in at quarterback (depending on how many games he can play) will also make defenses respect the air attack more as well. Chubb is primed for another phenomenal season.