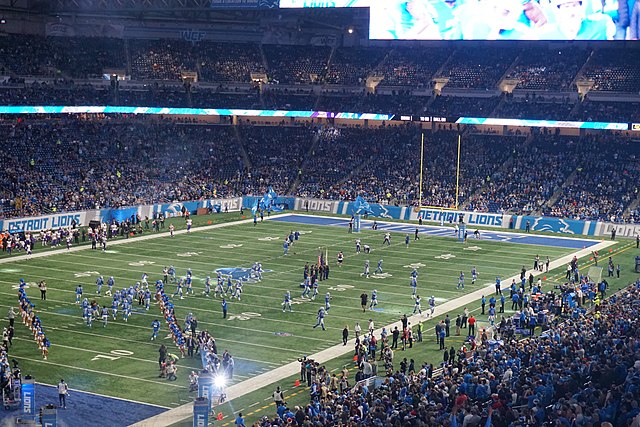 Will Dan Campbell succeed next season?

What are the realistic expectations for Dan Campbell in the 2022 season?

Last season saw the Detroit Lions in their first season without Matthew Stafford. While Stafford left to get his elusive Super Bowl ring, the Lions finished with the record of 3-13 with one tie.

But there were signs of hope for the future and with the Lions now confirmed as the latest NFL team to feature on HBO’s Hard Knocks this summer, here is what to expect from them in the 2022 season.

2021 saw a considerable improvement in the offensive line. The run blocking was a massive improvement after finishing in the top ten in the NFL in road rushing yards per game, with 131.4. A vital component of this improvement was rookie OL Penei Sewell. Drafted at number seven from Oregon, Sewell has shown promise in a solid debut season. The offensive lineman played a significant role in helping the running game become what it is currently.

Sewell is a talented athlete who was able to learn and adapt quickly. He started as a left tackle to playing Right tackle, and he looked brilliant. During last season, he was the highest-graded offensive tackle according to Pro Football Focus. That shows the potential Sewell has. However, he was not the only one who showed promise.

Look down to the fourth round of the 2021 NFL Draft, and you will find WR Amon-Ra St. Brown. Drafted from USC, St. Brown has proved to be a deal. In their Week 18 win against the Green Bay Packers, St. Brown broke the franchise record for most receiving yards with 912 and most receptions in a season by a rookie, with 90. The wide receiver will look to build on his fantastic season and potentially become one of the most dependable receivers in the NFL.

But the draw comes from the head coach, Dan Campbell. Despite not a perfect season, His fiery and direct approach was refreshing after the days of Matt Patricia. He is a coach the players loved, willing to give it their all every game. He has the support of the players, but what must improve in Year 2?

Firstly, he needs to improve his over-aggressive ways in games. The Lions broke the NFL record previously held by the 1995 New England Patriots for most fourth-down conversion attempts, with 40. While exciting to watch, the Lions will not be unable to sustain this while aiming to be competitive in the NFC North. Failing to do so could cost the Lions going forward.

Furthermore, Campbell needs to add more firepower in the pass rush. The Lions need to pressure quarterbacks Aaron Rodgers and Justin Fields. It is an issue they need to solve. With only 30 sacks last season, this was poor as the Chicago Bears racked up 49 sacks.

Lastly, they need to upgrade the secondary as this gives quarterback Jared Goff more opportunities with the ball. Last season, there were merely opportunities for interceptions. But they need a cornerback to turn that into actual interceptions. In doing that, the chances of a restful defence over four quarters increases too. The Lions’ defence needs to give the platform for Goff to be efficient and not throw 50 passes to win games.

While the Lions will not win the NFC North, a realistic expectation will be to catch up with the Chicago Bears and accumulate the same number of wins or more than them. Last season saw Chicago record six wins, while the Lions lost nine times to teams in their conference. If they can solve the issues of last season and add key pieces on defence, a season where Goff makes an improvement, and the Lions finish above the Bears with a record of at least six wins is achievable.