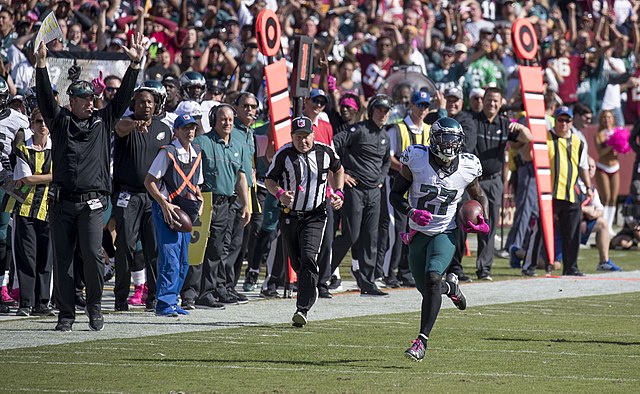 Jenkins was drafted by the Saints in 2009 as a cornerback, but he quickly ascended into a quality safety in the league. He was a rookie play-maker on the Saints Super Bowl-winning squad as he had one interception, two forced fumbles, and a fumble recovery. He was a versatile, aggressive safety for Greg Williams’s defense. Unfortunately, the Saints defense crumbled under Rob Ryan and he struggled to be a strong fit for the Saints lackluster, slow defense.

Jenkins signed with the Eagles on the first day of free agency in the 2014 offseason. Jenkins was flat out a monster under Jim Schwartz. He made the Pro Bowl in 2015, 2017, and 2018 with Philly. Most importantly, he was a key x-factor in the Eagles Super Bowl victory against the New England Patriots in February of 2018. He notably had a massive clean hit against Brandin Cooks in the Super Bowl, which knocked Cooks (Patriots WR1) out of the contest. In the 2017 season, Jenkins also flexed his leadership and helped the Eagles defense cause more turnovers and bring more juice in the second half of the season.

Jenkins returned to the Big Easy in 2020 and he showed that he wasn’t “washed up”. He had three interceptions, 2.5 sacks, a forced fumble, and 10 pass deflections. He helped the Saints young secondary and Drew Brees-led squad reach the divisional round in the 2020-2021 season. Jenkins had a modest 2021 season, but his beloved team wasn’t able to make the playoffs in the post Drew Brees era. Jenkins will be remembered as one of the greatest Eagles defensive backs in history and he was also a pivotal defender for the Saints team for many seasons.