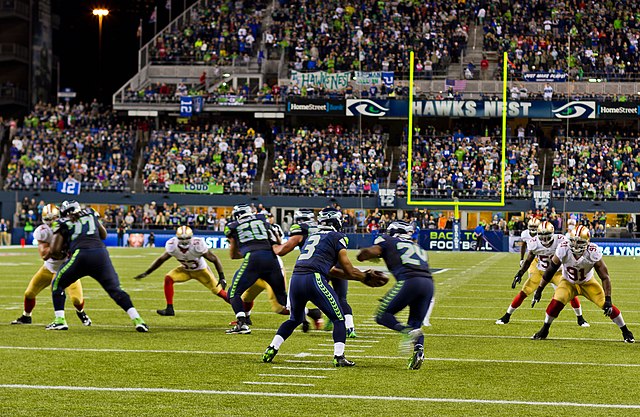 Who is the ultimate dark horse in the AFC?

The Denver Broncos immediately catapulted themselves into the higher echelons of the AFC rankings with the signing of Russell Wilson from the Seahawks. A young talented roster now has a proven leader and a top-rated Quarterback who has the experience and ability to potentially take the Broncos to the AFC Championship.

Vic Fangio was fired after failing to get the Broncos to the postseason and Nathaniel Hackett is the new man in charge with a new Defensive Coordinator too in Ejiro Evero. Expectations will be high with Wilson to lead this team. In the last 10 years he’s thrown 4,000 yards 4x and 8 of these years he’s thrown at least 25+ touchdowns and has a career completion percentage of 65%. He has a solid Offensive Line to protect him with Garett Bolles anchoring the left side grading 76.6 on PFF, Dalton Risner, Lloyd Cushenberry III, Graham Glasgow, and Billy Turner all with PFF grades of 64-68. They have depth in Bobby Massie, Cam Fleming, Tom Compton, Ben Braden, and Calvin Anderson. Running behind this line is a very impressive Javonte Williams with a PFF grade of 75.9. In 17 games last season he ran for 903 yards and had 316 receiving yards, with a long of 49 and 4.4 yards/run. However, Denver does need depth at this position as the backups don’t grade well.

With Wilson looking pretty safe behind his OL he has some good Wide Receivers to throw to. Courtland Sutton had his best year in 2019 where he gained 1.112 yards with 15.4 yards/return. Tim Patrick is a consistent 700+ yards per year receiver, with 13.8 yards/return last season and a catch percentage of 62.4%. In 2020 Jerry Jeudy had 856 yards with 16.5 yards/return including one for 92 yards. Wilson is likely to elevate their play in 2022, but the Broncos are going to need to see the best from these three receivers if they’re going to challenge in the tough AFC West. Tight End is a position of need with Albert Okwuegbunam currently TE No.1 who had 2 touchdowns in 14 games. He’s reliable with a catch percentage of 82.5% and 330 yards, but they need more from this position. I wouldn’t be surprised to see Denver taking a WR and a TE in the Draft as TE Eric Tomlinson from the Ravens has been brought in for his blocking skills as further protection for Wilson.

The Broncos were weak on stopping the run last season, but they’ve brought in much-needed help in this area. DT DJ Jones has been given a 3 year $30 million deal and he had 56 tackles last season. With Dre’mont Jones these two will be the solid center Denver is hoping for. The Broncos are thought to prefer a 3-4 defensive front and I really like the signing of ILB Alex Singleton for $1.1 million on a 1 year deal. He was the Eagles leading tackler over the last two seasons with over 100+ tackles per season. He will add strength against the run as will the re-signing of Josey Jewell, who the Broncos rate highly, and who missed all but 2 games last season. Outside of Wilson, their big signing in Free Agency was DE Randy Gregory who they have given $70 million over 5 years and who is 29 years old. Last season his PFF pass rush graded 84.4 with 6 sacks. He could be great, but bear in mind he’s missed 54 games for substance misuse and has never started more than 11 games in a season. They don’t really have anyone opposite him so will be looking to Bradley Chubb and Dre’mont Jones to provide extra heat.

The Broncos Secondary is very good. Justin Simmons is an excellent starting FS with a coverage PFF grade of 73.4 and a run defense grade of 77.0. Kareem Jackson was re-signed on a 1-year deal and has been with the Broncos for the last 12 seasons. JR Reed has been brought in, but he’s primarily a Special Teams move. The Cornerback position is deep with Ronald Darby, Patrick Surtain II and K’waun Williams recently signed from the Forty Niners. Williams is a much-needed addition as nickel as is a solid tackler with 4 seasons of 45+ tackles in 11 years. In 6 of the last 7 seasons, he’s started 13 games.

The Wild West is arguably the toughest NFL Division in 2022, but the Broncos have done a lot in Free Agency to give themselves a shot at the Division and if they stay injury-free a potential postseason run. They have hit the areas of most need and brought depth to the OL and Secondary which has freed them to go Best Player Available in the Draft. The Denver Broncos have had a good postseason and could well be the dark horse in the AFC in 2022.