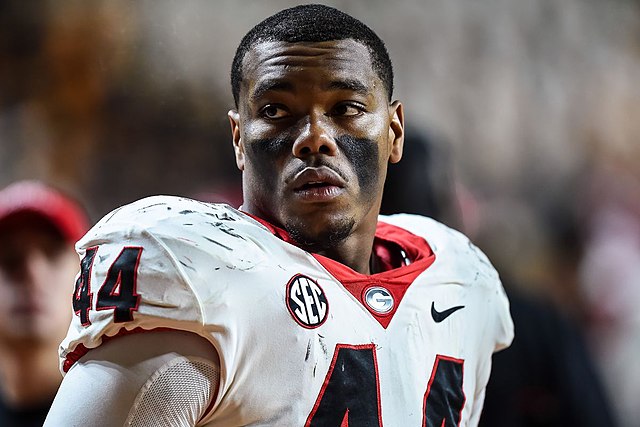 Can Travon Walker help the Jaguars make the playoffs soon?

The Jacksonville Jaguars selected the mighty pass rusher Travon Walker first overall and it’s clear JAX really aspires to return to being recognized as “Sacksonville”. The former Georgia defender that was prioritized over Aidan Hutchinson should help the Jags defense harass fellow AFC South quarterbacks for many years to come.

The soft-spoken, mammoth-like edge rusher has superb power. He has the size (6’5, 276 pounds) and he ran a 4.51 40-yard dash at the NFL combine. The 2022 DPOY candidate and Cleveland Browns gifted pass rusher Myles Garrett is 6’4, 271 and he ran a 4.64 40-time. Marcus Davenport, who was Pro Football Focus’s most effective pass rusher after a month of football last season, displayed a unique combination of speed (4.59) and size (6’6, 265 pounds) at his NFL combine.

Hopefully, Walker can be as productive as Garrett (All-Pro in 2020 and 2021) and remain as healthy as the Browns elite defender (two games missed in 2020 and 2021 combined). Walker proved to be a healthy force last season (0 missed games), as he was a key warrior in their win over Alabama in the National Championship. In the CFB grand contest, Walker had a sack, a very impressive seven QB hurries, and a potential touchdown-saving tackle.

The Jags understand that Walker realistically has a HOF ceiling and a quality floor. He will surely hit the ground running with a Jags DL that will help him succeed as soon as possible. The Jaguars carry a fierce edge player in Josh Allen and it’s safe to say that it will be hard for opposing teams to double-team each DE. The Los Angeles Rams really allowed Von Miller to capitalize off his matchups next to Aaron Donald, as he notched four sacks in the recent post-season gauntlet. The Jags ranked 28th in sacks a season ago, but they should feel comfortable in their new stout pass-rushing tandem turning the Jags defense into an opposing QB’s worst nightmare.