What is the dynasty outlook for Tee Higgins? 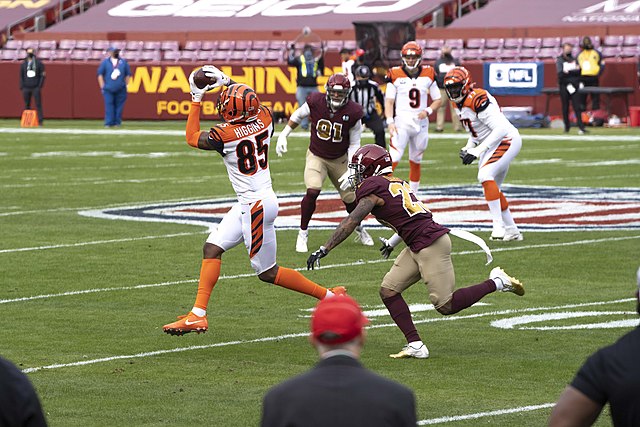 The Cincinnati Bengals wide receiver Tee Higgins honestly had an outstanding season in 14 games last season: 1,091 receiving yards and six touchdowns. He was quite productive and involved (110 targets) as the Bengals WR2 last season. I really believe the 23-year-old has a monster ceiling as a wideout across Ja’Marr Chase long-term and potentially Tyler Boyd (FA in 2024).

I believe Higgins will surely progress with the improved pass protection (as Burrow was sacked more than any other QB in 2021). Cincy notably brought over La’el Collins and Alex Cappa. Collins will be an excellent RT and it’s safe to say Cappa may have done a modest job of blocking Aaron Donald on the last play of Super Bowl 56.

Similar to the sensation in Chase, Higgins is utterly explosive and he’s capable of really having electric performances. He capped off a 43-point/194 yards in Week 16 and he can really excel against mediocre CB2s (as he is one of the best WR2s in the NFL). The Bengals have the third most challenging schedule next season, but it also means Higgins and Burrow are in line to be in a lot of shoot-out contests.

Higgins is ranked as the ninth-best WR (one spot ahead of Tyreek Hill and eight spots behind Chase) in PPR via Fantasy Pros. It’s clear that he is getting the love he deserves in the FF world. He should really be a star in Cincy for a long time, especially when Boyd and Joe Mixon become less phased out of the game plan (in my opinion). If there is a dynasty owner half-sleeping on Higgins, capitalize on the opportunity to reel in the Bengals piece of gold.

3 reasons why Josh Allen could win MVP in 2022
What is the dynasty outlook for Mike Evans?