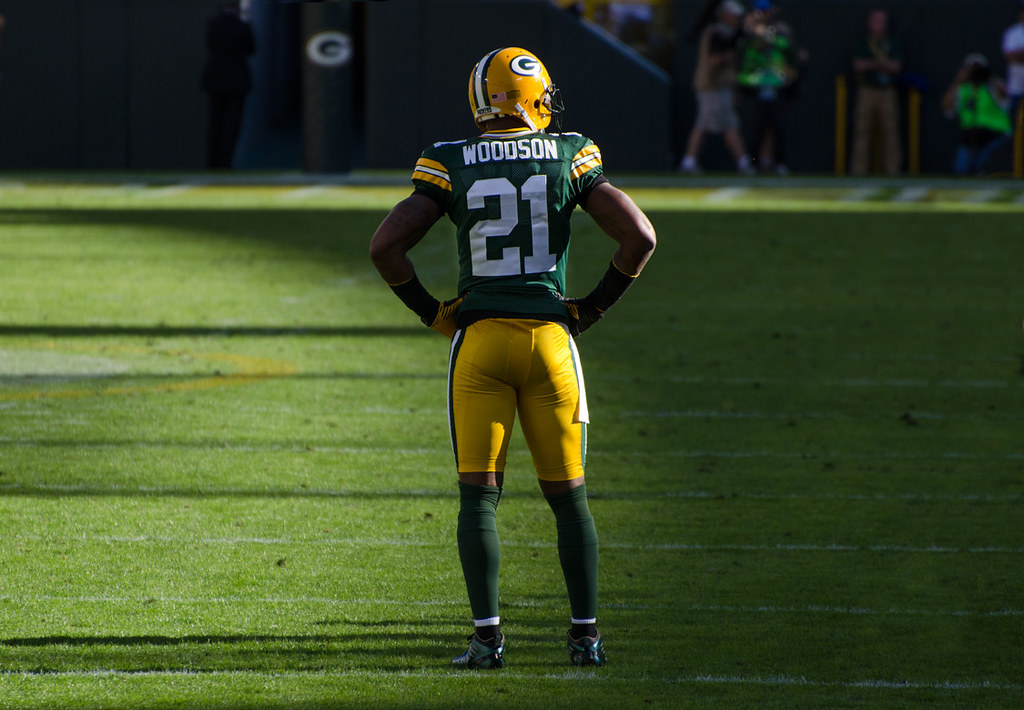 "Charles Woodson" by Mike Morbeck is licensed under CC BY-SA 2.0

Should The Packers Make a Run at Xavier Rhodes?

Despite reaching back-to-back NFC Championship games, the Green Bay Packers may have the most unanswered questions going into the 2021 NFL season.

It’s crazy to even think, right? How could a team that posted back-to-back 13-3 seasons have so many question marks? Three words; salary cap hell.

Although many of these unanswered questions lay on the offensive side, let’s not forget about what the Packers have to deal with on the defensive side this offseason; Green Bay is in need of a cornerback to star alongside Jaire Alexander.

Alexander has emerged as one the best lockdown corners in all of football, posting an outstanding statline in 2020:

Alexander is the Batman that his team needs. His Robin, on the other hand, leaves a bit to be desired.

Cornerback Kevin King, who was on the wrong end of all three Buccaneers touchdowns in the first half of the NFC Championship, may not be the player to accompany Alexander in that secondary.

Despite flashes of talent, King has struggled to stay healthy over the past four years, missing a total of 23 games. He has never played in all 16 games in the regular season.

Even if the Packers want to bring King back, it won’t be easy to pull off given their salary cap situation. The team will need to pull a lot of strings just to bring King back, for which I don’t see them doing. If King leaves town, it’ll be time for General Manager Brian Gutekunst to find the Robin to Alexander’s Batman. Here are three cornerbacks that the Packers should look to add going into the 2021 NFL season.

Coming off a season to forget in 2019, where he allowed five touchdowns and a passer rating of 131.1 as the primary defender, the three-time Pro Bowler found his form in 2020 with the Indianapolis Colts.

Rhodes solidified himself as the number one corner on the team early in the year and played at a high level throughout the season, posting:

His nine recorded pass breakups ranked 10th in the NFL and was top ten in almost every single statistical metric. Considering that in 2019, Rhodes was considered one of the worst corners in the league, this was a huge year for Rhodes who was playing for a new contract.

I believe Rhodes has earned the right to another payday. Given that he is going to be 31-years-old next season, I can see him coming with a fairly cheap price tag; which would make Green Bay’s front office very, very happy.

While Rhodes might not solve all of Green Bay’s problems, and certainly won’t be the tipping point to lead the Packers to the Super Bowl, Rhodes would be a solid addition to a secondary that simply cannot be led by Alexander alone. Rhodes is definitely worth the low risk/high reward tag that he brings with him.

The five-time All-Pro and five-time Pro Bowler has been among the best cornerbacks in the NFL in recent years, and I believe he still has more in the tank. The Packers are in “win-now” mode. Adding Sherman could be the move that finally leads the Packers to a Super Bowl win.

If you were to just look at the 2020 season, you would think Sherman was ready to hang up the cleats.

As a nearly 33-years-old and having only played in five games this year due to injury, one might assume the best has surely passed. However, Sherman is only a season removed from his last Pro Bowl appearance, and was named a second-team All-Pro in 2019.

Sherman would add much needed experience to a young secondary (Alexander is 24) that has lacked consistency at the other cornerback positions.

By pairing Alexander with Sherman on the outside, the Packers get their short-term fix at cornerback, without taking away the prime years of players like Alexander by drafting younger corners.

If the Packers front office decides to wait to focus on the cornerback position, the team still may have some decent options when it comes to plug-and-play corners; notably, Mike Hilton.

Hilton, who has been on the Pittsburgh Steelers 2016, has silently been one of the most shutdown defenders since entering the league as an undrafted free agent. However, given that the Steelers are another team in cap hell, this may be the perfect time for the Packers to swoop in and sign Hilton to a fairly cheap contract.

While Hilton shines against the run and as a pass rusher, he’s no slouch against the pass, tallying a career-high 3 interceptions in 2020.

Given that the draft is such a crapshoot and that cornerback is such a major hole to fill, adding a crafty veteran like Hilton might be the perfect move for the nickel corner needy team in Green Bay.