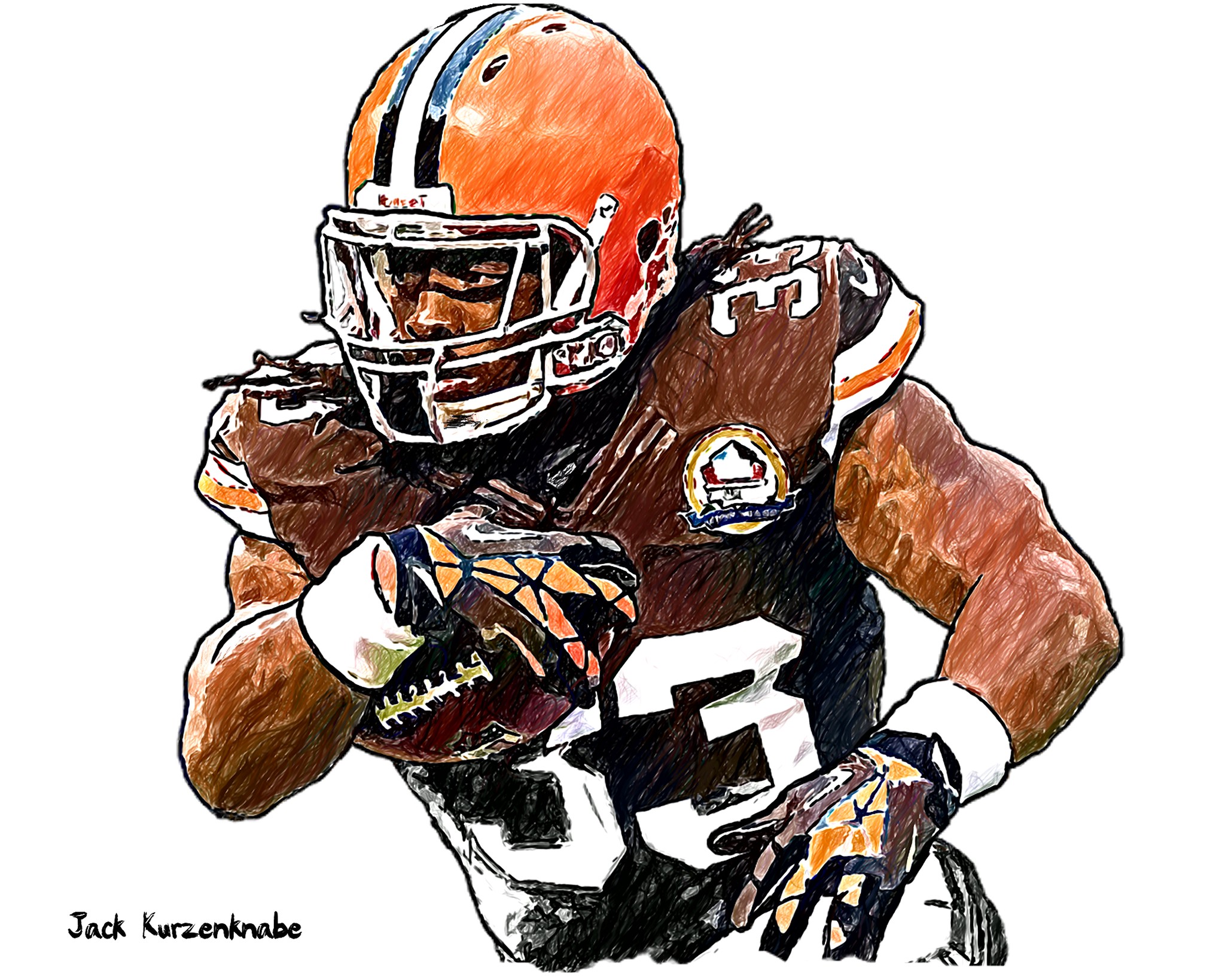 With the NFL Draft coming very soon, it’s a good time to look back at previous drafts. In this exercise we are ranking the 10 players drafted with the number three overall pick from 2011 – 2020. If you have not seen the rankings for the fourth overall pick, make sure to check that out.

Of the top four picks, the third pick might be the worst collection of players for the past 10 years. This list is almost in three tiers, the first tier is the player by number one, the second tier is players two and three and the third tier is the players listed from four until ten.

Also, the third pick has the most players amongst the top four who are no longer in the league. This will allow some of the younger players on this list to jump up multiple spots with one good season.

Trent Richardson was supposed to be the “next big thing.” Instead he played in the NFL for three seasons and has been trying to stay relevant by playing in leagues like the CFL, AAF and FAM, a football league in Mexico.

He did have a solid rookie season rushing for 950 yards and 11 touchdowns but was not worthy of the third overall pick. The best thing he did for the Cleveland Browns was getting traded to the Indianapolis Colts for a first round pick in 2014.

With just one year of experience and having only played nine games in 2020, Jeff Okudah would not have been too high on this list. He did register 47 tackles and one interception in his rookie campaign. With a new coaching staff in the building, including new defensive coordinator and former NFL cornerback Aaron Glenn, Okudah is in a good position to move up this list pretty quickly.

Dion Jordan has played for four teams since joining the NFL in 2013. Of the 63 games he has played in his career, he has started only five of them. He has missed many games throughout his career, some due to injuries and some due to being suspended for violating the NFL’s performance enhancing substance policy.

In his time on the field he has had some flashes of good play, but it has been too inconsistent. In 2020 he played for the San Francisco 49ers and recorded three sacks to bring his career total to 13.5. He is currently a free agent and only time will tell if he will be on the field in 2021.

Everything was set up pretty perfectly for Solomon Thomas to be fighting for the #1 spot on the list. He was drafted into a great situation after being highly touted in college but he fell flat. In his four years with the 49ers he had 95 tackles and six sacks.

His 2020 season was spent on injured reserve after a Week 2 injury against the New York Jets at MetLife Stadium. Thomas was one of many players who got injured that day and were lost for the season. Thomas has since moved on and is now a member of the Las Vegas Raiders.

Sam Darnold should have been much higher on this list. He was in consideration for the number one overall pick in 2018 and had players with less college pedigree than him in Josh Allen and Lamar Jackson drafted after him. But he is not higher, because he is not any better than sixth place amongst these players.

In Darnold’s defense, he has had injury issues, including getting Mono in 2019. Additionally, and more importantly to why Darnold deserves a bit of defending is that he had Adam Gase as his head coach. Gase has notoriously held players back, like QB Ryan Tannehill or WR Jarvis Landry, both of whom played for Gase in Miami.

Darnold does have a golden opportunity to move up this list quickly now that he has been traded to the Carolina Panthers and is teamed up with offensive coordinator Joe Brady.

There are two reasons why Blake Bortles is ahead of Same Darnold on this list. The first is that Bortles has slightly better statistics than Darnold. The second is that Bortles led the Jacksonville Jaguars to the AFC Championship game against the New England Patriots in 2017.

After playing for the Jaguars from 2014 – 2018 he joined the Los Angeles Rams in 2019 to be the backup for Jared Goff. In 2020 he started the season with the Denver Broncos but was picked off their practice squad by the Rams when Goff got hurt. Bortles is currently unsigned and only time will tell if he will be playing in 2021.

Dante Fowler was part of a defensive front that helped lead a Blake Bortles led Jacksonville Jaguars team to an AFC Championship game in 2017. In 2018 the Jaguars traded Fowler to the Los Angeles Rams and he went from playing an end in Jacksonville’s 4 – 3 defense to playing an outside linebacker in Los Angeles’ 3 – 4 defense.

As a member of the Rams he got to start consistently and his play improved immensely. He also was finally getting the sack numbers that were imagined when he was drafted so high in 2015. He is currently a member of the Atlanta Falcons and with new defensive coordinator Dean Pees, Fowler should have another excellent season in 2021.

Quinnen Williams has been one of the bright spots on an otherwise underwhelming New York Jets roster. He has only played two seasons but in that short time he has played well for the Jets. He has missed a few games in each of his two seasons, so hopefully for the Jets and for himself, he can stay healthy and on the field.

His career total of nine and a half sacks seems low, but he’s still developing as a pass rusher. He has done an excellent job bringing pressure up the middle and now with new head coach Robert Saleh, Williams should have a defense that is more in line with his skill set.

Having been drafted in 2011, Marcell Dareus should be ranked very high as he has had the most opportunity to be impressive. He has been a two-time Pro Bowl tackle and in 2014 was named an All-Pro. He spent six and a half seasons with the Buffalo Bills and two and a half seasons with the Jacksonville Jaguars, including the 2017 season, a year we have referenced before as a good one for the Jaguars.

Dareus was an extraordinarily consistent player. He only had two seasons where he played less than 14 games and due to his consistency, he is ranked higher than Quinnen Williams. As Dareus is no longer in the league, Williams should overtake him pretty easily; however, Dareus’ good play should not be forgotten.

In Joey Bosa’s five year career he has been named to three Pro Bowls, has been a two-time All-Pro and in 2016 he was named the NFL Defensive Rookie of the Year. In July of 2020 the Chargers signed Bosa to a contract making him the highest paid defensive player in the NFL.

He has dealt with some injuries but has still done more than enough to be the highest-ranked player on this list. His 47.5 sacks are impressive but he is regularly around opposing quarterbacks applying pressure and knocking down the quarterback. If he continues to perform as he has in the past and can stay healthy, there is little doubt that he will one day be a member of the Pro Football Hall of Fame.