Predicting the Top 5 Offenses This Season 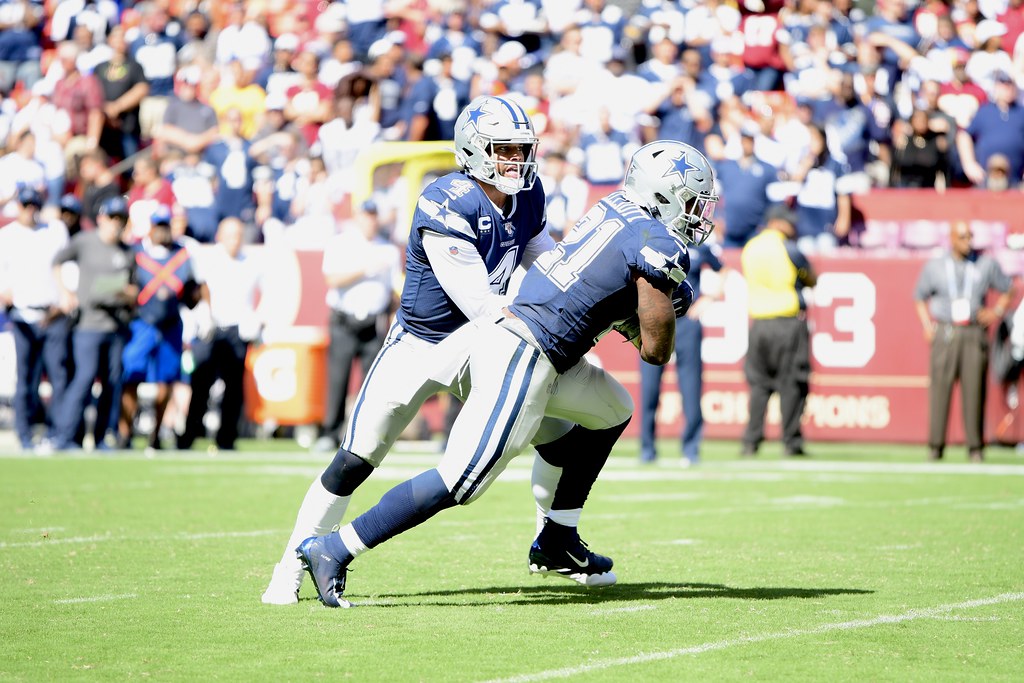 The 2021 NFL season is now less than 3 weeks away. The preseason is halfway completed and rosters are being finalized as teams prepare for week 1 of the regular season. Now is as good a time as any to start projecting how productive each team will be this year. In particular, let’s predict who the top offenses in the NFL can be this season, counting down from 5th place and continuing all the way to the number one spot.

The defending Super Bowl champion Bucs finished last season as the 7th ranked offense in the NFL with 384.1 yards per game. This is very impressive considering it was the first year for Tom Brady in a brand new style of offense. Going from the “Patriot way” to the air it out style of Bruce Arians is a drastic change so it took Brady a few weeks before he really got things rolling last year. Now that he has had a full season and offseason to learn the new system and tweak it a bit to fit his own style, it is likely that the Bucs offense will take a step forward this season. They are returning pretty much their entire championship roster from 2020 so another year of chemistry should work in their favor as well. Their combination of weapons is one of the best in the entire league, including one of the top wide receiving groups in the NFL of Mike Evans, Chris Godwin, and Antonio Brown. They helped lead the Bucs to the second best passing offense last year with 289.1 yards per game.

The Bills finished the 2020 season tied for the second ranked offense with 396.4 yards per game. Most of this was due to the MVP caliber play of quarterback Josh Allen who really had a break out season. He put up by far the best numbers of his career throwing the ball, completing 69.2 percent of his passes for 4544 yards and 37 touchdowns, which were all new career highs. It appears that one of the main keys to unlocking his potential was the addition of wide receiver Stefon Diggs. In his first year in Buffalo, he had the best season of his career while leading the NFL in both receptions with 127 and receiving yards with 1535. The chemistry between Allen and Diggs appears to be extremely strong and this combination should have the Bills as one of the top offenses for many years to come. Having the creativity of one of the top young offensive coordinators in Brian Daboll definitely helps them as well.

Last season the Chiefs finished as the top offense in football by an incredible margin of nearly 20 yards per game over second place. To show just how wide that gap is, the separation between the second and 12th place offenses was 20 yards. Clearly the Chiefs offense at 415.8 yards per game was absolutely dominant last season and as long as they keep their core together there is no reason at all to believe that they won’t be in the top five every season. The combination of Andy Reid at head coach with Patrick Mahomes at quarterback is a seemingly perfect match, as demonstrated by finishing as the number one ranked offense in two out of their three seasons together. They have the best “tight end” in football with Travis Kelce and one the top, and fastest, wide receivers in Tyreek Hill. Also, second year running back Clyde Edwards-Helaire should take a step forward this year as a true dual threat now that he is more comfortable in this system.

Tied for second last season on offense with the Bills were the Titans. Unlike the Bills who relied heavily on their passing game, it was the rushing game in Tennessee that was the key to their success. They ranked second in rushing yards per game with 168.1 while superstar running back Derrick Henry eclipsed the 2000 yard mark. In addition, Ryan Tannehill is one of the most underrated quarterbacks in the NFL and his fourth ranked QBR of 78.3 demonstrates that. To make this great offense even better than it already was, the Titans added Julio Jones this offseason to pair with emerging star AJ Brown in what is now one of the best wide receiver tandems in the entire league. In just two season, Brown already has accumulated 122 receptions for 2126 yards and 19 touchdowns in the passing game. Jones, who is one of the best receivers of the past decade, recorded 1000 or more yards in every season of his career that he has played in at least 14 games. Between Henry, Brown, and Jones the Titans create an absolute nightmare situation for opposing defenses to try and match up with. They are in line for a monster season on offense.

In 2019, which was the last full season for quarterback Dak Prescott, the Cowboys lead the NFL in offense by a very wide margin with 431.5 yards per game. In addition to the fact that they were about 24 yards per game clear of second place, they totaled the most offensive yards in a season by any team since the Denver Broncos in 2013. Before Prescott was injured in 2020 they were off to yet another scorching hot start for offensive production. In particular, Prescott was on an absolutely ridiculous pace that could have set a new single season record for passing yards if he did not get hurt. As long as he fully returns to health this season, the Cowboys should have another huge year on offense and could be even better than before with the addition of second year wide receiver CeeDee Lamb. In the five games last season that Prescott started, Lamb registered 29 receptions for 433 yards and two touchdowns. This is a connection to watch this season and could really be something special moving forward. Of course, Prescott will also still have the luxury of his usual arsenal of weapons too with Ezekiel Elliot, Amari Cooper, and Michael Gallup.