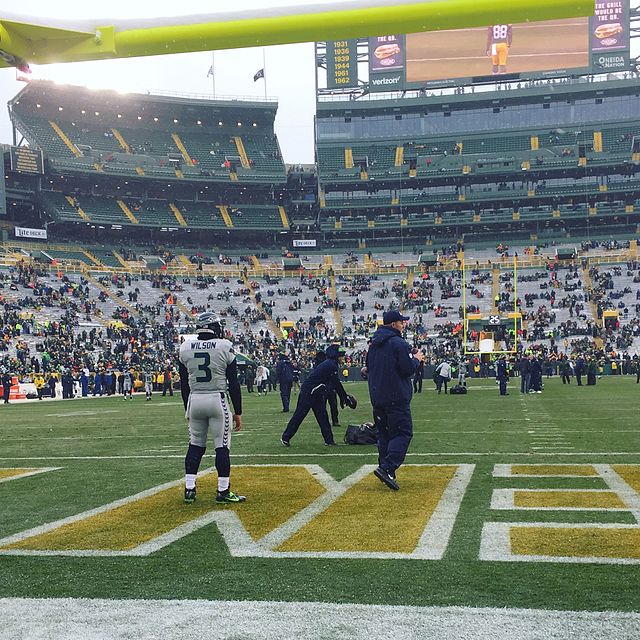 Who is the best AFC West quarterback?

One of the biggest NFL trades in recent history took place this week, as Seattle Seahawks traded quarterback Russell Wilson to the Denver Broncos. This has now led to questions from many as to whether the AFC West is now the best division in the NFL. One thing you can say is that it has the best foursome of quarterbacks.

Most divisions have a quarterback facing questions. The AFC East has Zach Wilson, the NFC North has Jared Goff, the NFC East has Daniel Jones, and no one knows who will start at QB for the Pittsburgh Steelers in the AFC North.

The AFC West probably has four of the top 15 players in the league at the position in the division. This should lead to some excellent in-division games in 2022 and some mouth-watering quarterback battles.

So, who is the best of the four quarterbacks? Here is my list from first to fourth.

It feels harsh having Carr in this position, but you have to look at the talent of the other three on this list. Out of all the fourth placed quarterbacks in each division, he is undoubtably the best. He had the best season of his career since his MVP calibre 2016 campaign with 4,804 yards, 23 touchdowns and 14 interceptions in 2021.

With a new head coach in Josh McDaniels who served for so long as the New England Patriots’ offensive coordinator, Carr will hope this can help elevate his game even further.

McDaniels’ difficult previous stint as a head coach will be a concern for Carr and Raiders fan but if he proved the doubters wrong, then this could be a marriage made in heaven. Due to the strength of the AFC West and indeed the AFC overall, the Raiders are likely to be seen as a team that were good but a victim of their own division.

Carr has been on record to say how he wants to be a Raider for life and frankly, there is no one out there better for this organisation who are available.

Herbert has only had two seasons in the NFL and the way his young career has gone so far, he is likely to be higher on this list in five years’ time.

After an impressive Rookie of the Year campaign in 2020, he showed no signs of slowing down in 2021, narrowly missing out on a spot in the playoffs. Only Tom Brady (5,316) had more passing yards than Herbert (5,014), who was third in the league for passing touchdowns behind Brady and Super Bowl 56 winner Matthew Stafford.

In the 2021 season, he broke the record for most touchdown passes, passing yards and completions in the first two seasons of an NFL career. He also has the single season records for touchdowns, completions and passing yards.

It is amazing how many people doubted him coming into the 2020 draft but so far, he is proving to be the best talent to come out of the draft since Patrick Mahomes.

2021 was the first season under the Pete Carroll and Wilson era where the Seahawks had a losing season, yet their QB still managed to rack up 25 touchdowns, 3,113 yards and 6 interceptions.

He won a Super Bowl back in the 2013 campaign and probably should have won another one a season later. 2021 was also the first time in his career that he missed a game, showing the stability he offers in then position.

It was clear his relationship with Carroll was deteriorating in what was a stale run-first offense. He will be given a new lease of life under an exciting Denver offense and a defense to match. With Tim Patrick, Jerry Jeudy, Courtland Sutton and Javonte Williams, Wilson will have a field day under first time head coach Nathaniel Hackett.

Having served as the Green Bay Packers offensive coordinator during Aaron Rodgers’ back-to-back MVP winning seasons, Wilson could do a lot worse than having Hackett as his head coach. It could finally be time for him to get an MVP vote in 2022.

Wilson is an elite QB and has the most experience on this list. However, there is one quarterback we haven’t mentioned yet.

The easiest selection of the four positions. Now Brady has retired, it is between Mahomes and Rogers for the title of the best in the league. He has played in four straight AFC Championship games, all at home, which is something no player or team has done before.

He won an MVP, Super Bowl ring, and Super Bowl ring before he lost a game by more than 8 points. Mahomes only did this when they lost in Super Bowl 55, the second consecutive appearance in the big game. He really should have played in another Super Bowl this season, had it not been for their second-half meltdown in a very un-Mahomes fashion.

Since being drafted tenth overall in 2017, he has thrown for 18,991 yards and 151 touchdowns. In his 63 career games, he averages 301 yards per game. We have seen the likes of Michael Vick and Lamar Jackson change the game when you assess the way they use their feet. However, Mahomes’ seems to have changed the way quarterbacks who do not have electrifying speeds use their feet to drag their team down the field, as seen with the likes of Josh Allen and Joe Burrow. These quarterbacks are by no means slow, but they use their feet when they need to and do so with effect.

Mahomes could easily end his career as one of best quarterbacks ever, so he has no place other than being first on this list.

Who has the brighter outlook: Jaylen Waddle or DeVonta Smith?
Top landing spots for Greg Zuerlein