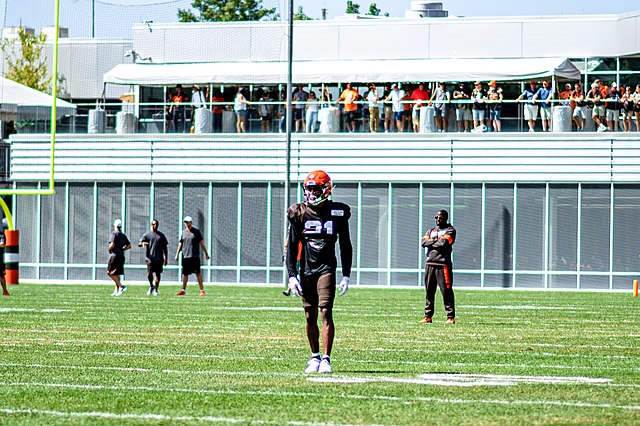 Will Ward prove his worth as the highest paid CB in NFL history?

Denzel Ward of the Cleveland Browns became the highest-paid cornerback in NFL history this week when he agreed to a 5 year $100.5 million, $71.25 million guaranteed deal that will keep him in Cleveland until at least 2027. He’s still only 24 years old, soon to be 25 on April 28th, and this deal is confirmation that the Browns have the shut-down corner they hoped they were getting with their 2nd pick at No 4 in the 2018 Draft.

Why are the Browns happy with this deal? Let’s take a look at key statistics to show why:

Denzel’s play has placed him in the same category as cornerbacks such as:

Denzel is not a one-season wonder but has been consistently one of the top cornerbacks at every level he’s played. He spent 3 years at The Ohio State University from 2015-to 17. Whilst at OSU he had 17 passes defended with 15 pass breakups and 2 interceptions. The 17 passes defended is the 4th highest total in OSU history. In 2017 he had an outstanding season- in the season opener against Indiana, he defended 6 passes and had 5 pass breakups. On October 28th against Penn State, OSU was 15 points down in the 4th Quarter. Ward then blocked a punt which led to a touchdown and a remarkable 18-point comeback from the Buckeyes who went on to win 39-38 and ultimately the Big 10 Championship. Ward earned himself the All America Honours for his performances that season.

Denzel was a star at High School where he played for Nordonia in Macedonia Ohio. In 2014 he helped Nordonia to a 14-1 record and the Division II State Championship with 9 interceptions and 14 pass breakups. From 2013-to 14 he had 14 interceptions combined. He was named the Division II Co-Defensive Player of the Year and Cleveland.com named him their Defensive Player of the Year.

No one should question Denzel Ward’s ability and his deserved pay over the next 5 years. He’s been a consistent and consummate professional in a position often regarded as the most difficult to play behind Quarterback The local boy and Buckeye from NE Ohio are destined to become a Legend in Browns folklore.