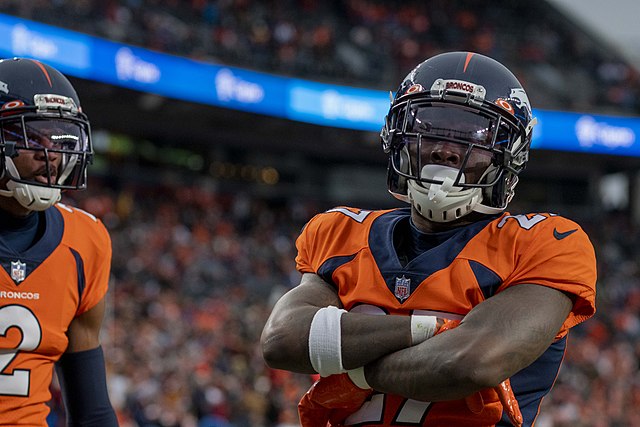 Can Bonitto be a force in his rookie season?

The Denver Broncos selected an explosive edge rusher in Nik Bonitto with their first pick (64th overall) in the 2022 NFL draft. The Broncos may not have brought back Von Miller, but they were still able to sign Randy Gregory in free agency and land Bonitto in the NFL draft.

Bonitto was a force in his senior campaign: 15 TFLs, seven sacks, 52 pressures, and 28 stops in 2021. Due to his efforts in 2021, PFF named him Big-12 player of the year. It’s clear that he has a strong work ethic combined with gifted athleticism. He reminds me a lot of former sack artists: Chris Clemons and Junior Galette with his quick-twitch ability.

The former Oklahoma LB will help a Broncos pass-rushing unit that ranked 19th in sacks a season ago. He is projected to be back up WLB behind Bradley Chubb (7.5 sacks in 2020) at the moment. It’s obvious that the Broncos defensive coordinator Ed Donatell will get ultra creative with his LB designs next season. The New Orleans Saints were lethal with three pass rushers in Cameron Jordan, Marcus Davenport, and Trey Hendrickson in 2021. Expect DEN to really strive to unveil a pass-rushing unit similar to their OLB group on their Super Bowl 50 squad.

I love the Broncos focus on the OLB/pass rusher spot in the 2022 NFL draft. It’s clear that the wild AFC West has a better group of quarterbacks than any other NFL division. There are bound to be many “down to the wire” contests in the AFC West after many new faces were introduced this offseason. It’s important that the Broncos can add more ammunition to their defense and they certainly added a special chess piece in Bonitto with their golden ticket.