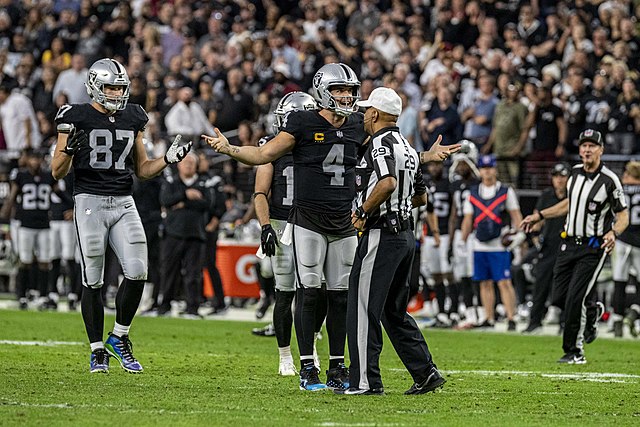 What is the biggest obstacle for the Raiders?

The Las Vegas Raiders were arguably the scrappiest AFC team in the NFL last season. The Derek Carr-led Raiders came out alive in a brutal Week 18 showdown against the LA Chargers and then barely/controversially lost against the Cincinnati Bengals, aka the 2021 AFC Champions. I fully expect the new-look Raiders to climb the ladder in 2022. Nonetheless, there are bound to be serious hurdles for LV moving forward. With that said, I’m going to untwine the three biggest obstacles for the Raiders.

The Raiders were clearly leaning on Casey Hayward to be the answer for their CB position last off-season, but the veteran CB fled to Atlanta this offseason. The Raiders still have a question mark at the CB spot, as “Just Blog Baby” has pointed out. Travyon Mullen can be a modest starting CB, but he also has injury concerns (12 missed games) last season. It will be critical for him to stay healthy in an AFC West division that features Patrick Mahomes, Russell Wilson, and Justin Herbert.

I honestly believe Kenyan Drake is the ultimate x-factor in the Raiders offense. He had 1,092 all-purpose yards and 10 combined touchdowns in 2020, but he didn’t skyrocket in a Raiders uniform in 2021. Unfortunately, he missed five games last season. Drake can be a match-up nightmare, as opponents focus on Tae, Darren Waller, and Hunter Renfrow. He can also help Josh Jacobs stay fresh in the Raiders ground attack.

The Raiders offense quietly revolves around LT Kolton Miller and he’s been a pleasant surprise in recent memory. In fact, PFF graded him as a Top-5 LT last season. The Packers and Saints missed their elite LTs last season, but the Raiders LT was healthy and playing like he was from another another planet. It will be vital that the glue of the Raiders offense plays lights out in the gutsy AFC next season.