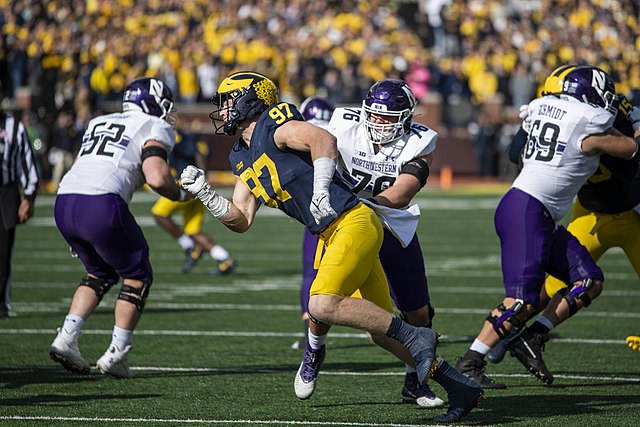 The Detroit Lions had an exciting NFL Draft and it’s time for the promising Dan Campbell to elevate his squad from their 2021 outcome. The Lions will ride with Jared Goff, but they believe that they can be a competitive NFC team with the former NFC Champion at QB. With that said, I’m going to untwine recent reports of the Lions 2022 direction with Campbell and Goff.

The Lions will battle the Philadelphia Eagles in Week 1 at Ford Field. The Eagles snuck into the playoffs last season and it’s clear that Jalen Hurts will aspire to be a Pro Bowl-caliber QB next season. The Eagles brought Haason Reddick back home and retained Fletcher Cox. The Eagles also ranked first in rushing YPG last season, while the Lions ranked 28th in rushing defense last season. I believe that the Lions should lean on their new rookie WR Jameson Williams and new FA WR D.J. Chark, Amon, Hockenson, and ask Hurts to battle through the passing game.

“So, you’re telling me there’s a chance”

The Lions will host the mighty Buffalo Bills on Thanksgiving. It may seem like the Bills will mop the floor against the Lions in the Holiday show-down, but the Lions did edge out the Arizona Cardinals last season. The Lions will truly need to cook up a gameplan to harass Josh Allen.

There was a lot of belief that the Lions selected the “best overall player” in Aidan Hutchinson during the 2022 NFL draft. Sports Illustrated has nicely pointed out that Hutch is an early favorite for DROY. I fully expect a lot of eyes to be on the former Wolverine and he could be a key factor in the Lions divisional showdowns against Aaron Rodgers.