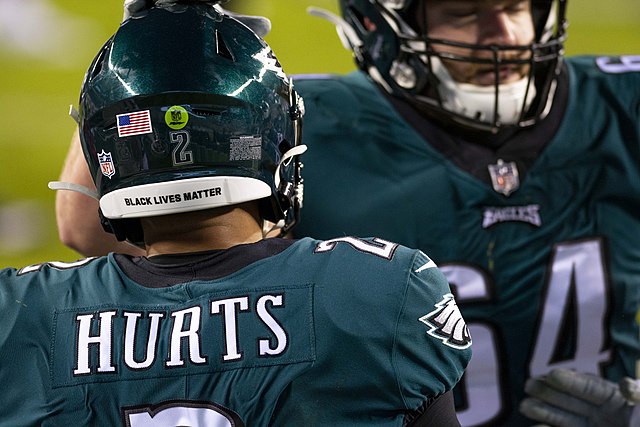 The Philadelphia Eagles have an interesting decision to make, and it will likely have to come in the next offseason or two. Is Jalen Hurts their franchise quarterback? This is the question they must answer sooner rather than later. The 2020 2nd-round pick has shown flashes of elite potential so far in his career with his ability to escape pressure and throw on the move. However, he lacks true accuracy at times, having a 59% completion rate over his first two seasons, and 13 interceptions to 22 passing touchdowns. The Eagles will give Hurts the reins for 2022, but with an exceptional 2023 quarterback class, and some others potentially on the move, they need to consider their alternatives after this year. In this article, I will be going over some of their options if Hurts does not prove himself in 2022, as well as which I believe would be the most beneficial.

The most likely scenario, if the Eagles were to replace Hurts, would be drafting one from the 2023 draft class. As of right now, there are two very good quarterbacks who are likely to go first round based on previous years, those being Bryce Young of Alabama and C.J. Stroud of OSU. Since the Eagles have 2 first round picks, both their own and one from the New Orleans Saints, they could trade up into the higher range of the draft and select one of them. Since we are presuming that Hurts has a bad/suboptimal 2022 in this article, this would leave the Eagles with a top 20 pick or so more than likely.

Aside from Stroud and Young, there is also a few other quarterbacks who could potentially go in the first round if they prove themselves in 2022. This would be more optimal if the Eagles wanted to stay with their two first round picks, and make another selection other than QB at the 2nd pick. Some of these options include:

While not all of these are guaranteed first rounders, they each have a chance to prove their worth and become one.

The other option for Philadelphia would be signing a quarterback in 2023 free agency, or trading for one. As of right now, there is one big name quarterback yet to be signed, that being Lamar Jackson. The former MVP and leader of the Baltimore Ravens has not been locked up to an extension as of yet, and previously said he will focus on the season first and the contract later. This is obviously an immediate upgrade over Jalen Hurts, but they also have somewhat similar playstyles with their ability to make plays on the run and improvise as they go. This would allow Philly to not necessarily change their scheme or offense heavily, and would also give Lamar weapons to throw to in Dallas Goedert, A.J. Brown, and DeVonta Smith. Some of the other QB free agents in 2023 include:

Overall, it is not necessarily a phenomenal QB free agency class, but Lamar Jackson makes up for it as of the writing of this article. On the other hand, you have quarterbacks who may want to leave their current teams via trade. One such option potentially would be Kyler Murray, as he has been back and forth this offseason on social media talking about wanting an extension. Rumors have been flying that he may eventually want out, we will see where that goes. Regardless, a young and high quality quarterback such as Murray would be a great addition for Philly, provided they can get him for a reasonable package of picks and/or players.