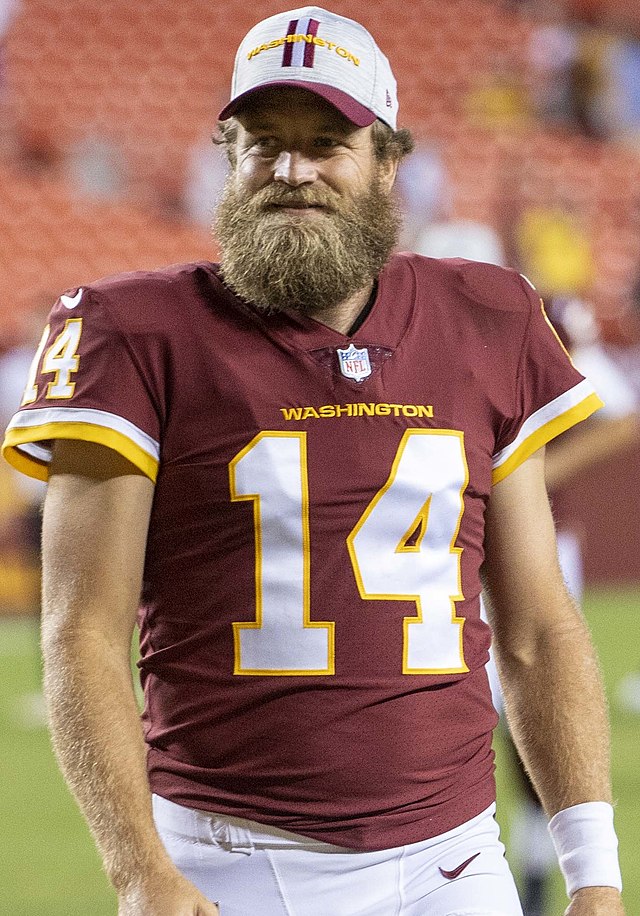 The mythical, bearded, and genius quarterback Ryan Fitzpatrick officially retired today at the age of 39. Fitzmagic has found success on the field with many teams, but he has also been an entertaining off-field presence in the league for a very long time.

Fitzpatrick was a very enticing draft prospect, to say the least. As widely enunciated, the former Harvard QB scored a 48 on the Wonderlic score – which is the third-highest score of all time.

Fitz Magic really earned his stripes when he torched the Saints defense in Week 1 of 2018 and then dropped four passing TDs against the Eagles in Week 2. The gunslinger also found success as the Dolphins QB in 2020. He reeled in a 4-3 record while making an unearthly throw in a pivotal moment against the Raiders.

The former seventh-round pick was given the keys to be the Week 1 starting QB under Ron Rivera in 2021. Unfortunately, he suffered a brutal hip injury in the first game of the season. Taylor Heinicke replaced Fitz as the QB1 in Week 1 and never looked back for the rest of the 2021-2022 season. It was clear that the long-time QB found ways to improve with old age, but he wasn’t able to stay healthy and perform like a 40+ year old Tom Brady at the back-end of his career. It still should be noted that Fitzmagic was one of those gifted characters in the NFL and many teams are fortunate that he stepped foot in their building.