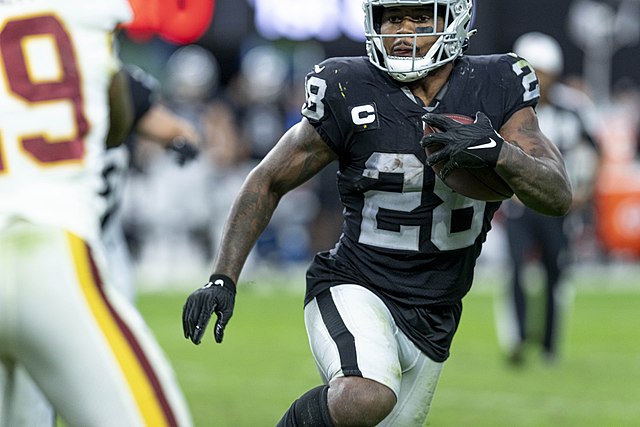 The 31-year-old Derek Carr will look to enter the MVP conversation for the first time in his career in 2022. Adam Schein of NFL.com believes that Carr will lead the league in passing yards next season. He really believes that the arrival of Davante Adams will help Carr easily shatter 5,000 passing yards. Per NFL.com, Torry Holt expressed that Tae will also elevate the performance of other Raiders WRs. It should be noted that Darren Waller missed six games last season and he will be finally healthy. Tae, Hunter Renfrow, and Waller will be vital pieces in Carr’s arsenal.

The Raiders may also be fascinated by the idea of adding more pieces to their impressive offense. Marcus Johnson of “Silver and Black Pride” suggests that the Raiders sign the slot WR Emmanuel Sanders. The former Bills WR that is seeking a SB ring at the back-end of his career would be an excellent WR3 in the Raiders offense. Cole Beasley, aka as Sanders’s former teammate, is also available.

Austin Bevy of Heavy. believes the Raiders should make a keen effort to ink OBJ, as well.

The Raiders may have new horses in the building, but it’s important that Josh McDaniels can create strong chemistry with the Raiders offense this season. Thankfully, all signs point towards a fast-paced and focused OTA season thus far. McDaniels can really create a special Raiders team while proving to the rest of the AFC that he is a mastermind out of New England.