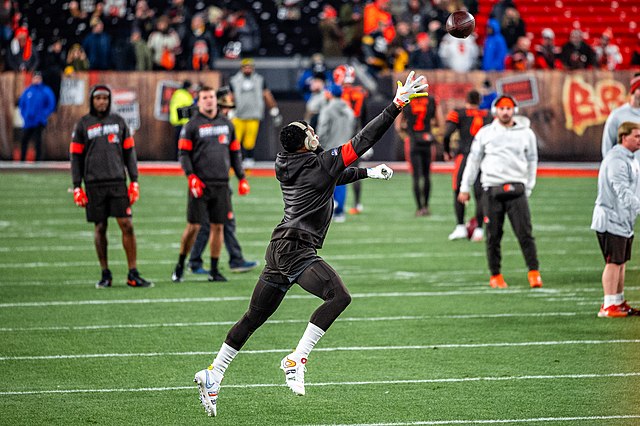 Anthony Barr would be a smart signing for the Phins

The Miami Dolphins have stayed aggressive in each phase of the 2022 off-season and It wouldn’t be a surprise if they struck gold with another shiny free-agent acquisition soon. With that said, I’m going to untwine three dream FA targets for the Phins right now.

I expect that Anthony Barr wants revenge against Josh Allen after the Bills QB famously hurdled him a few seasons ago. Barr is a very diverse LB and he can be effective against the run and pass. He recorded three interceptions, 2.5 sacks, 72 combined tackles, and 6 QB hits in 11 games last season. Barr could honestly be a star on the inside and move around the edge on third-down. The former 30-year-old Vikings LB could even be a quality chess piece on the Phins LB group that features Emmanual Ogbah and Jerome Baker for a few seasons.

If the LA Rams have room for OBJ, the Dolphins should deserve to incorporate his gifted ability. The Dolphins have also been a popular landing spot for him as of late. Tom Pelissero from NFL Network suggested that the Phins should ink the Super Bowl LVI champion in early May. The Dolphins have loaded up on offensive firepower (Chase Edmonds, Tyreek Hill) this off-season, so it would be fitting for Mike McDaniel to add another superb force in OBJ.

The NFL’s bad-ass (and intellectual) Ndamukong Suh would be a sneaky good fit for the Dolphins. Suh can excel in many spots, which is perfect for the Dolphins creative defense. He has been still playing at a high level (6 sacks and 13 QB hits) and he surely wants another Super Bowl ring. Suh doesn’t appear to be interested in a reunion with Tampa Bay. I expect an aggressive, shiny team like MIA or LAR to scoop him up.