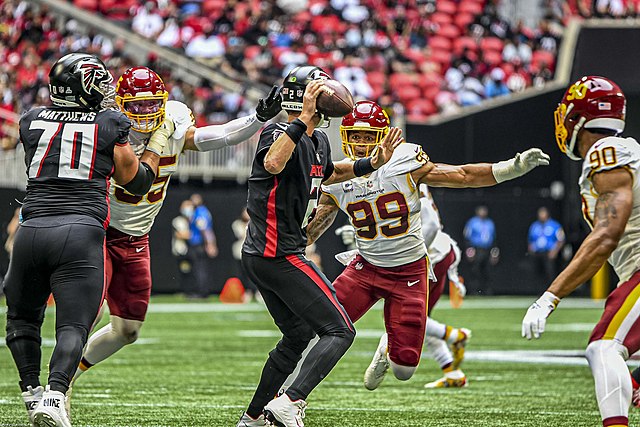 Mykal Walker will shine in 2022

The Atlanta Falcons will need to rely on underdog talent if they want to play spoilers in 2022. With that said, I’m going to simply untwine three breakout candidates that should help the Falcons be more dangerous in 2022.

Mykal Walker has been a special athlete with limited production. Well, I believe his coming-out party will occur with a larger role in his third NFL season. I also expect the injury-riddled Deion Jones will likely be traded (or cut) from the team. Falcons Wire has suggested that Jones is a post-June 1st trade candidate and I would be shocked if the LB group that witnessed a couple of new faces (including a wiser Walker) breaks up with Jones.

Chris Lindstrom had his best season in 2021, as he only allowed eight QB hits and 23 QB hurries. I expect him to not only improve but become more noticeable in the Matt Ryan-less offense. Touchdown Wire has already pointed out that Chris Lindstrom is one of the league’s most underrated players. I foresee a Pro Bowl berth on the horizon for Lindstrom.

Drake London may be a rookie, but I expect he will be a fantasy football gem in 2022. The recent eighth overall pick has already garnered serious praise from his teammates. Kyle Pitts believes that the physical WR will be the best rookie from the draft class. London should really be a popular target in the Calvin Ridley-less offense in high-scoring NFC South showdowns.