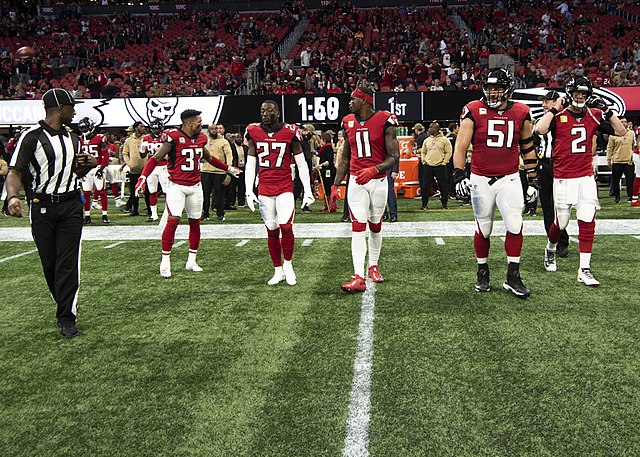 Lisa Ferdinando on behalf of U.S. Secretary of Defense, CC BY 2.0

Who is the best target for the Packers?

The Green Bay Packers need to have a strong playoff tour at all costs next season. With that said, I’m going to outline three dream targets available that would help the Packers and burning man Aaron Rodgers moving forward.

Let’s be honest – Deebo Samuel is being held hostage in San Francisco/Alcatraz. I believe that Deebo Samuel will give his best foot forward, but I still expect him to lobby for a new, talented team. Samuel hasn’t discovered a new contract with a 49ers team that still carries Jimmy G. After the Eagles and Cardinals reeled in shiny toys, I’d love to see the Packers be aggressive and scoop up the gifted athlete.

If the Packers can’t acquire Samuel or a young, talented WR via trade, the Packers should target a legend in free agency. The veteran WR Julio Jones may not drop 300+ yards in another game, but he can absolutely be a 1,000+ yard for A-Rod. Jones could have an excellent role in GB while having the opportunity to push for a Super Bowl ring. Maurice Moton of B/R believes that Jones is an ideal fit for the Pack at this point in time. Perhaps Jones and Rodgers can aspire to ride off in the sunset in the near future together.

If the Packers stick with their guns at WR and feel more desperate to target a defensive player, they should write love notes to Joe Haden. The former Steeler would be a nice addition to a CB unit that didn’t bring back Kevin King this off-season. He has also expressed that he doesn’t want to retire soon. If Haden wants to stay in the North and chase a Lombardi trophy, he should head to Wisconsin.