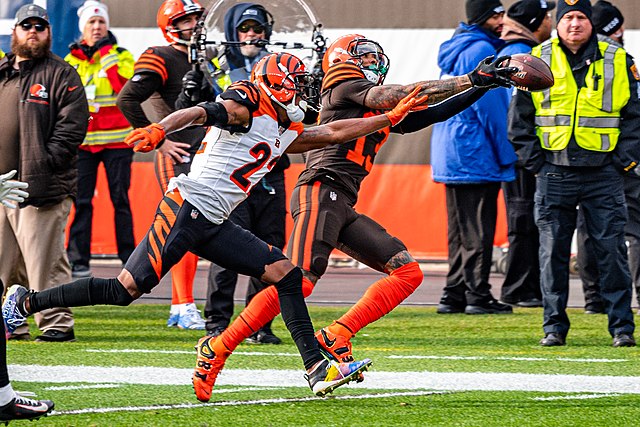 Who is the most overrated player on the Bengals?

The Cincinnati Bengals were the NFL’s darling in 2022, but they still needed to be more well-rounded this off-season. I expect the Bengals to be an AFC juggernaut in 2022, but I do believe there are a few players who will a large role that need to have a career turnaround. With that said, I’m going to outline three overrated profiles on the Bengals right now.

It may be fun to let off some steam on Samaje Perine after he didn’t make an attempt to catch the ball on the Bengals last play of Super Bowl LVI. Although, I do also believe that he hasn’t been an exciting RB2 on a team pushing for a Super Bowl win in the near future. Perine is a step below a prime Giovani Bernard and I’d prefer to see Cincy have a RB2 that can be a true x-factor in prime-time contests. Hopefully, he can have a 2022 season near his rookie season (785 all-purpose yards).

It may seem like “Hayden Hurst is an athletic freak in a high-powered offense”, but he certainly didn’t lift off in a Matt Ryan-led offense. It should be well noted that Hurst is an inspiring person, but the former Falcons TE registered 571 yards in 2020 and 221 yards in 13 games last season. Hurst has been less exciting than Coby Fleener in a Saints uniform. I would be hesitant to expect him to shine in a Bengals offense that arguably displays the best WR trio in the NFL.

I will say that Sam Hubbard has been a pillar of consistency, but I’d still like to see him get over the hump (10+ sacks, Pro Bowl honors). After Trey Hendrickson unleashed 14 sacks in 2021, It’s time for this pass-rushing partner to be a star in the AFC. Carlos Dunlap may not have had a positive tone in his last days in Cincy, but he has had better production than Hubbard as of late. Hubbard did also sign an impressive contract extension in the 2021 off-season, so it’s time for him to put it all together soon.